In 1962 General Motor’s Cadillac division produced a number of vehicles, none of which looked much like an airplane.  It was therefore left up to the ambitions of an unknown builder to create today’s feature Horrorod, and you only need about 1000 hrs to get it ready for a Halloween cruise…maybe next year?  Find this 1962 Cadillac Custom Rat Rod for sale in Arvada, CO for $6,200 via craigslist. Tip from Ben. (Update: This car was originally listed incorrectly as a 57 Caddy and now, likely still incorrect, is listed as a 1962.) 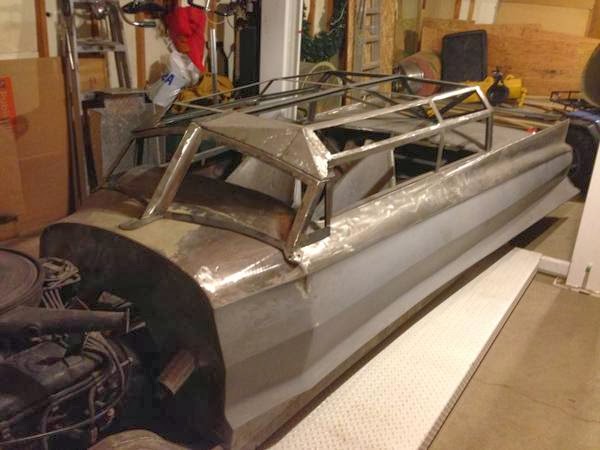 The seller clearly had some vision for a doorless Cadillac/Airplane, but somehow got lost in the middle of the project.  Not much we can add to the pics… 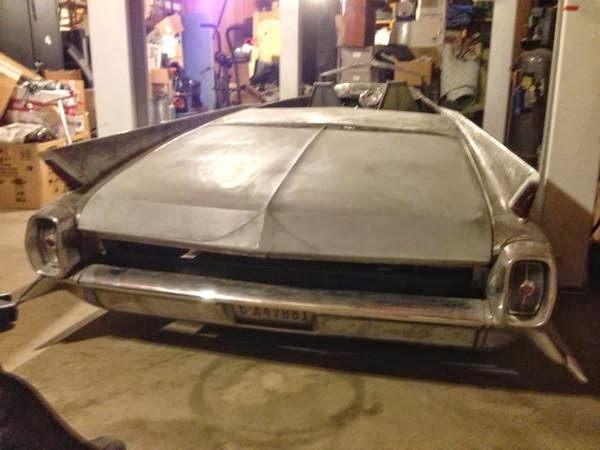 Yup…that looks like the rear end of a Cadillac…but clearly not a ’57. More like a 1962 to be exact, complete with the trademark lower set of “skeg” fins. 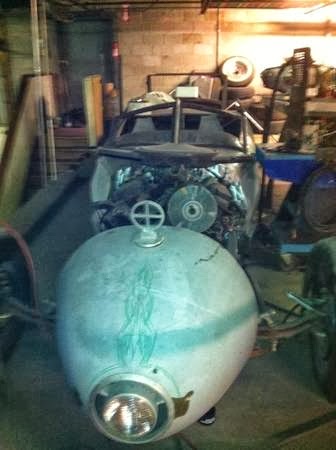 Up front we find the front nose cone to a Saturn V rocket (or maybe a small aircraft).  See a better Horrorod? email us here: tips@dailyturismo.com