The Austin Metro was produced by British Leyland and the Rover Group from 1980-1990 as a replacement for the ancient Mini.   Not surprisingly the original Mini outlasted the Metro by a few years, probably because the Metro was poorly built penalty box, but in the 10 years of production over 1,000,000 were sold in the UK market.  Luckily for American buyers the car was never available in US showrooms, but at least one has somehow found its way over on a boat.  Find this 1981 MG Metro Turbo for sale in Beltsville, MD for $3,500 via craigslist.  As seen on Jalopnik opposite lock forum from Reverberocket. 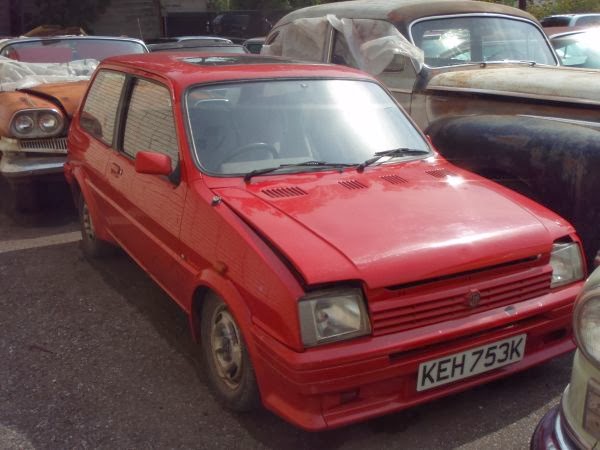 The MG Metro is powered by a 1.3 liter A-series inline-4 that puts out 93 horsepower and 88 ft-lbs of torque with the assistance of a single small turbocharger.  At least the engine only has 1800 lbs to pull around, but this thing will still be unquestionably slow. 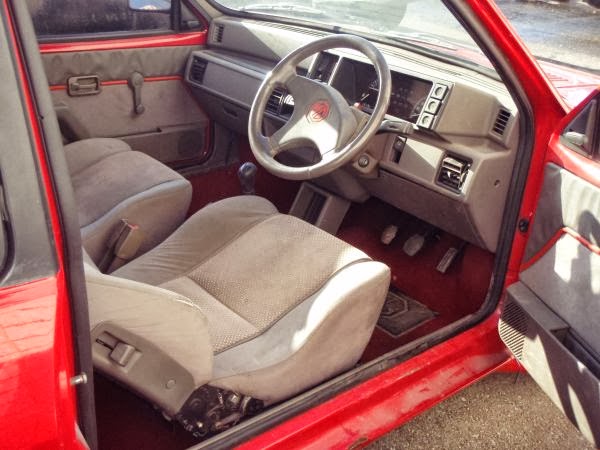 You can’t legally drive a car in the USA without functioning blinkers, a rear-view mirror, but you can drive a right hand drive car?  Seems odd, and shifting on the left does take some getting used to, but it’s the only way to get into a MG Metro on either side of the pond. 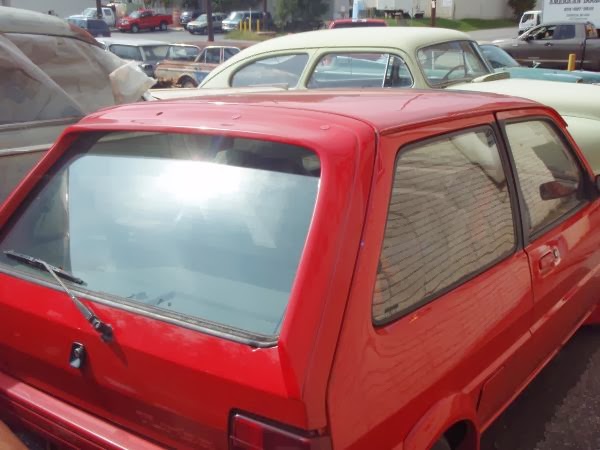 This Metro looks a little bit sad and unloved, shoved in a yard amidst all manner of rusting American hulks but hopefully it will find a new owner that gets geeked out by rare yet terrible econoboxes. Do you have the guts to save this little puke?