The first generation Mazda RX-7 was built from 1978-1985 in three versions with minor changes.  The series III (1984-85) cars are the most desirable due to updated looks and engines, but any one is a surprisingly good drivers car.  The RX-7 was designed to compete directly with the Porsche 924 and shares a surprising number of similarities, but has aged more gracefully.  Find this 1984 Mazda RX-7 GSL-SE

for sale in Marysville, WA currently bidding on ebay for $4,075 with no reserve and 2 days to go. 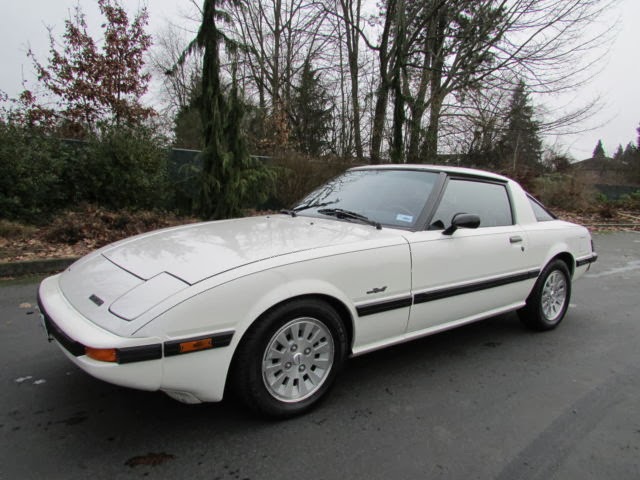 The GSL edition was the higher end RX-7 in the early cars and included 4-wheel disc brakes and a limited slip differential.  With the release for the series III cars in 1984, Mazda added the GSL-SE, which used the same GSL parts plus a fuel injected Wankel engine putting out few more ponies. 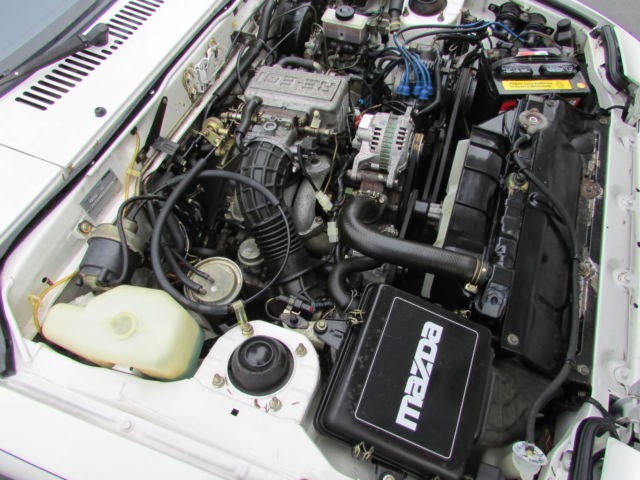 Under the hood is a 1.3 liter 2-rotor Wankel that puts out 135 horsepower and 135 ft-lbs of torque without the aid of forced induction.  The free revving engine mated to a 5-speed manual gearbox pushed the 2,300 lb 2-seater from zero to 60mph in 7.7 seconds when new. 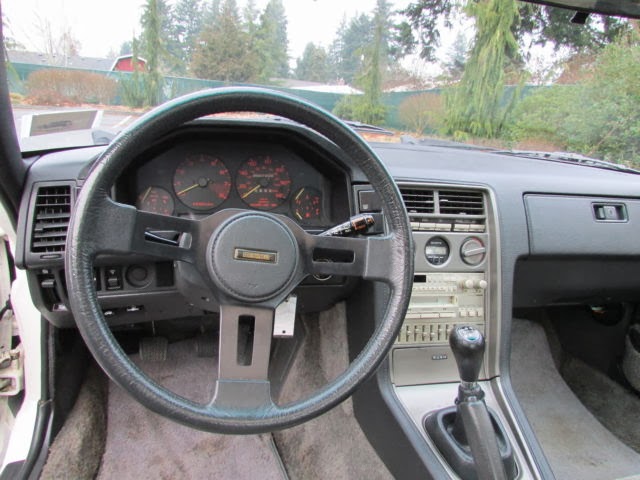 Straight line acceleration isn’t the RX-7s strong suit and it wasn’t meant to be, this thing was designed to carve corners like a boss.  The light and compact rotary engine is shoved far back in the chassis for 50:50 weight distribution and steering feedback is one of the best from the era.  With only 56k miles on the odometer this one looks well above the average quality both inside and out. 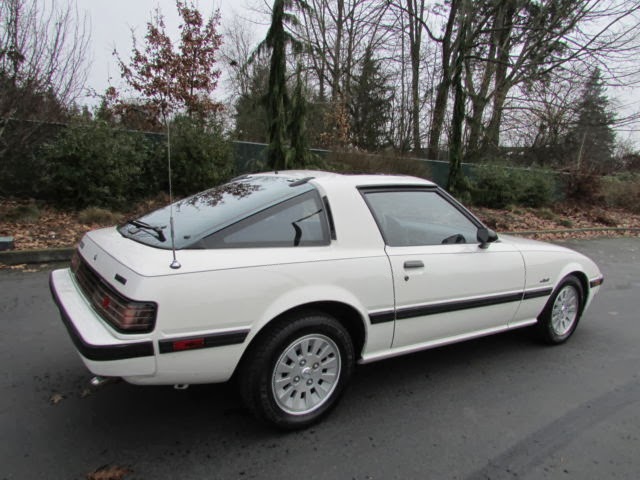