In the early 1960s Sir Alexander Arnold Constantine Issigonis was given a project from his bosses at BMC (British Motor Corp) with the internal and thoroughly unsexy name ADO16.  This project would be the basis for a family of larger than the Mini vehicles including the Austin 1100/1300, MG 1100/1300 and Morris 1100/1300. Combined production figures for the entire family made the ADO16 front drive machine one of the best selling vehicles in the UK, and it was exported in decent quantity (60,000 from 1968-1972 according to austinamericausa.com).  Unfortunately the Austin America wasn’t well suited to the US style of high-speed freeway driving and earned a reputation for poor quality, rust, and repeated mechanical failures.  Few remain intact, much less on the road today, but one of them is this 1969 Austin America for sale in La Mirada, CA for $3,500 via craigslist. 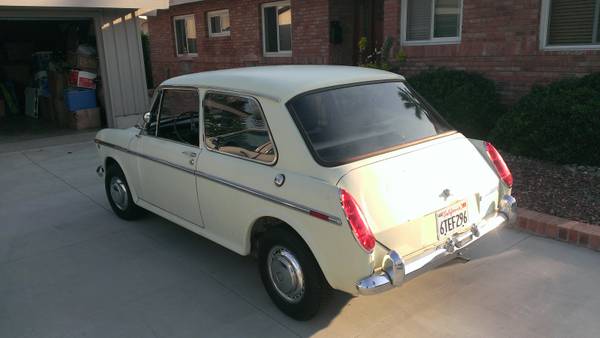 The Austin America shared its oily bits with the Mini – including the inline-4 cylinder engine mounted directly above the transaxle.  This meant the transmission acted as an oil pan for the motor, and any problems with one would put all sorts of foreign material through the other, leading mechanics to rebuild broken engines, only to find the transmission was damaged a few hundred miles later and now the engine was damaged again…rinse-and-repeat.  The 1275 cc engine putting out 60 horsepower wasn’t just unreliable, it was also underpowered for what the American consumer expected in 1969. 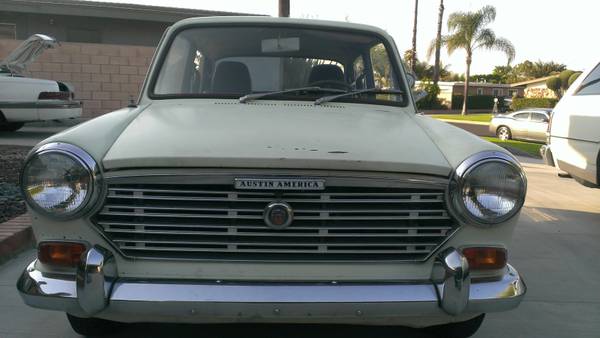 See a better definition of the term “survivor”?  Email us here: tips@dailyturismo.com