The Studebaker Gran Turismo Hawk (also known as the GT Hawk) was a 2-seat GT-luxury cruiser built in limited quantities (less than 15k total) from the little manufacturer from South Bend Indiana.  The design was penned by Brooks Stevens who is known for his work on the seminal Harley Davidson motorcycle and the redesign of the Miller Brewing logo.  Unfortunately, Mr Stevens was given a limited budget/timeline that only allowed him a few afternoons at local car dealerships –the result is a front end styled like a Ponton era Mercedes sedan, a roofline like a 50s Thunderbird and a rear that bears a remarkable resemblance to a Lincoln Continental.  The end result is a car that looks at the same time familiar and bizarre – similar to looking at Joan Rivers’ face….you see eyes, a nose, lips…but everything looks like it doesn’t belong together.  Find this 1962 Studebaker Gran Turismo Hawk for sale in the Los Angeles, CA area for $6,800 via craigslist. 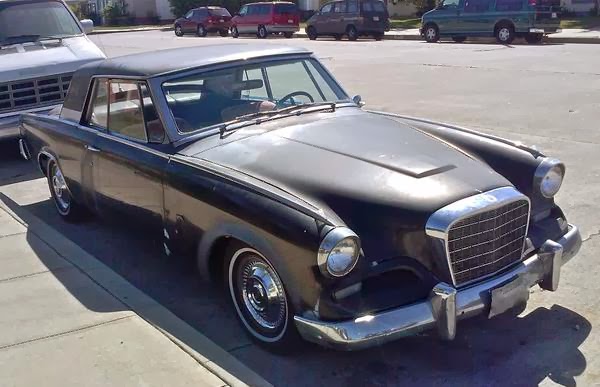 This particular GT Hawk is offered in decent running/driver condition, but needing a significant cosmetic overhaul.  The biggest concern with restoring a car like this would be the condition and presence of chrome, trim pieces (and glass!) but it looks mostly complete. 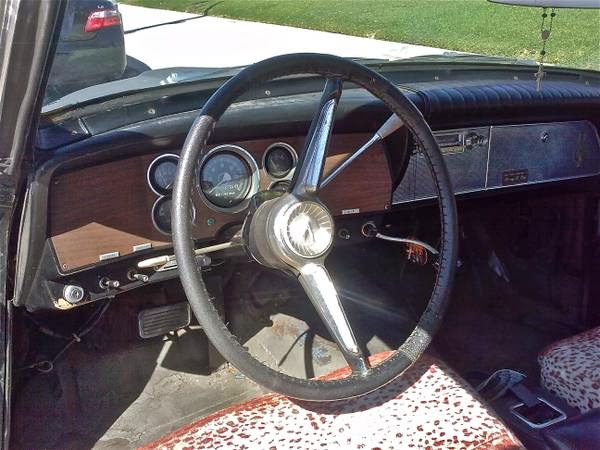 The Gran Turismo Hawk was powered by a choice of a 210 or 225 horsepower version of Studebaker’s 289 cubic inch V8 mated to a number of transmissions.  The engine on this one isn’t specified, but the transmission is the Flight-o-matic slushbox and should make for a decent highway cruiser.  The later GT Hawks were available with supercharged version of the Avanti’s V8 engine which would be a cool upgrade for a ’62 like this one. 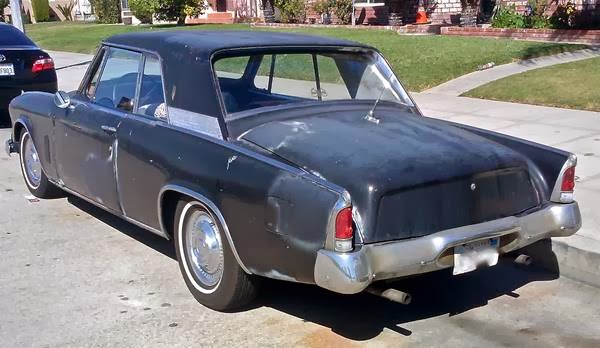 See another oddball for cheap? tips@dailyturismo.com