The Datsun 510 is a classic of the compact, lightweight RWD Japanese car formula from the 1970s. Their boxy good looks have stood the test of time better than most other Datsuns from the same time period, especially compared to the awkward B-210 (even when there are no clouds, it isn’t sunny anywhere near a B-210).  Find this 1972 Datsun 510 Bluebird with KA24DE power for sale in Hickory, NC for $6,500 via zcartrader.com.  Tip from Tony 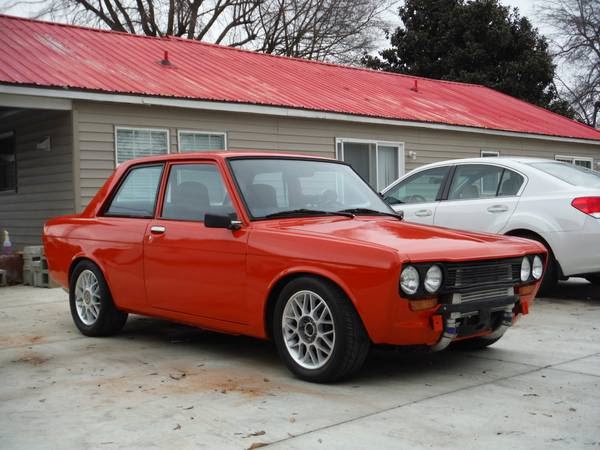 This 510 has been given a complete performance/cosmetic makeover and looks good – not too stanced, and blacked out chrome looks cool.  A set of bumpers would class it up for the street, but for the track-rat look leave ’em in the garage. 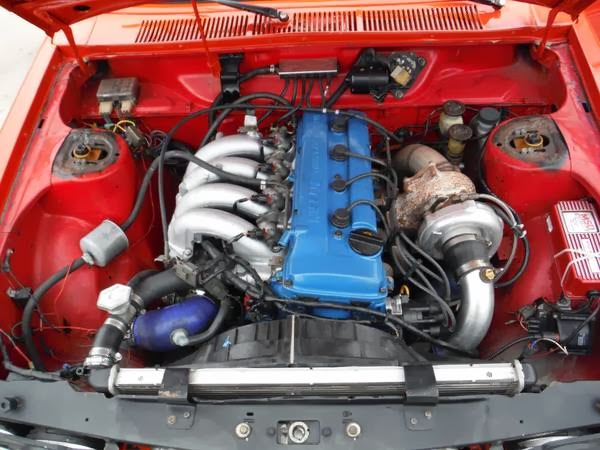 That is a big snail.  Powering this Bluebird is a  KA24DE, a huge upgrade from the original L-series boat anchor from the factory.  The seller doesn’t say but this is probably a Mexico built KA24DE engine from a 240SX with a giant turbocharger bolted into it.  There is a large front mount intercooler and other non-stock add-ons (MSD ignition) but power should be in the 300 hp range. 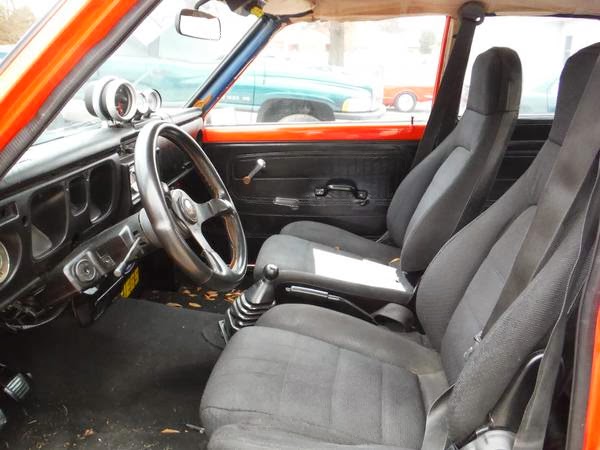 The interior is dirty, but would probably clean up nicely and those gauges could be stashed in a more discreet location.  Or you could just roll with the racer image and collect points on your license like it’s some kind of game. 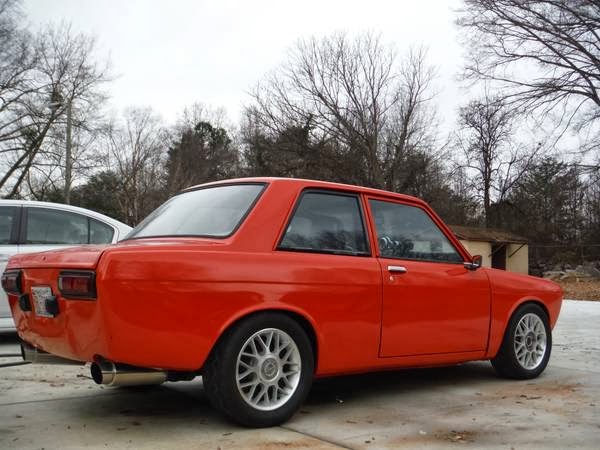