People joke about modern cars all looking and driving the same — which wouldn’t be bad if they were cheap and fun to drive.  Typically, the conversation meanders to how it was much better in the glory days…but it wasn’t better back then, in fact the 1980s had some of the worst examples of automotive doppelgängers, including the Dodge Omni/VW Rabbit and Datsun 200SX/Toyota AE86 Corolla – the latter being the subject of today’s comparison.  Which bronze bomber would you want?  This 1984 Datsun 200SX offered for $5700 in Anaheim, CA or a 1984 Toyota Corolla AE86 located in Kirkland, WA for $6,500?  (Datsun is a great tip from Abraham D.) 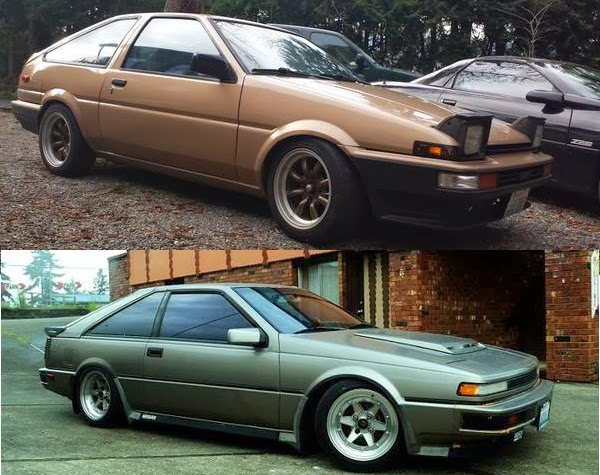 Unless you are an AE86 aficionado or an SX savant, you will have a hard time telling the two apart, especially with these two lowered and modified examples.  Take your guess from the above picture before we dive into dissecting these cars below. 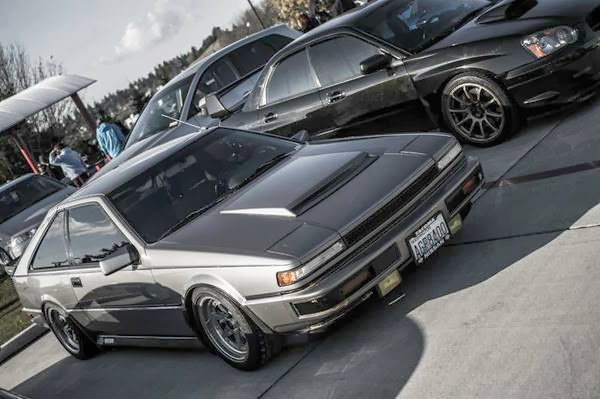 First up is the…hang on let me check the ad…oh yeah, it is the Datsun 200SX, which was technically the Nissan Silvia S12 chassis, also known/badged as the Gazelle.  The 200SX employed a classic front-engine rear-drive layout and this one has been cosmetically and mechanically enhanced for your driving pleasure. 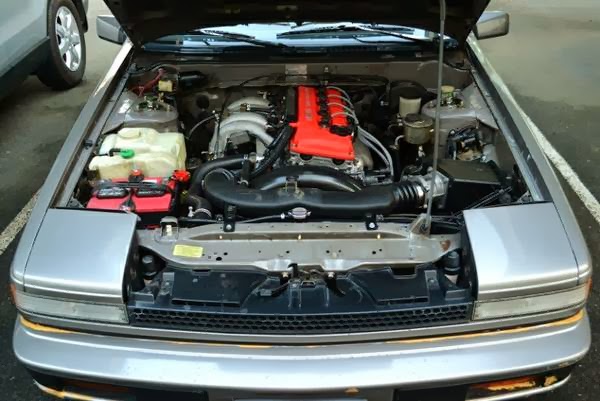 The 200SX was originally equipped with an 8-valve SOHC turbocharged inline 4, but it has been replaced with a Nissan KA24DE 16-valve DOHC engine that is also turbocharged.  The KA24DE would have been rated around 155 horsepower stock with a turbo, but should be good for 250ish hp with the current setup.  The seller is willing to sell the car for cash, Rolex watches or 24k gold. 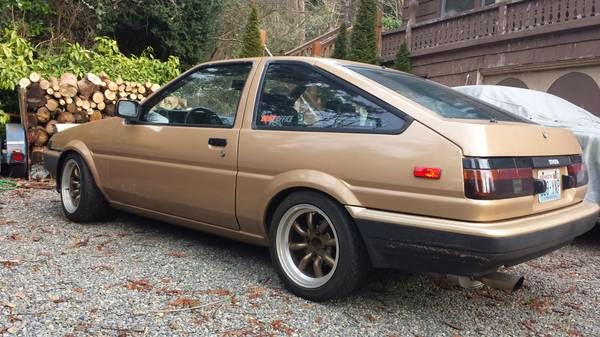 The 5th generation Toyota Corolla sedan was moved to a front-drive chassis in 1983, but the sporty hatchback version remained on the older rear-drive platform.  It is confusingly and interchangeably called the Toyota Corolla Levin, Sprinter Trueno, AE86, GTS.  The Sprinter Trueno was heavily featured in early version of the Sony Playstation video game Gran Turismo and a Japanese comic called Initial D.  This one has been lowered, tuned and has a Kaaz LSD out back. 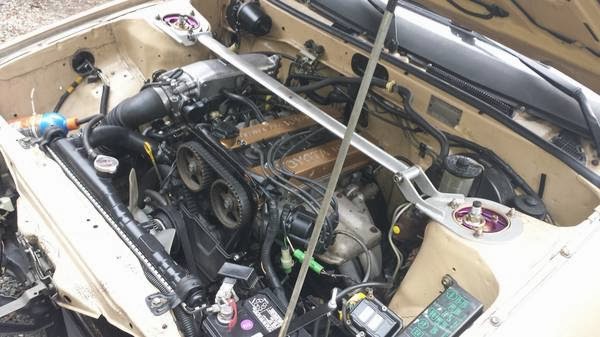 This AE86 is powered by a 1.6 liter 4A-GE inline-4 that puts out about 125 horsepower, which is plenty to push the lightweight (1900 lb) Corolla chassis around quite well.  The engine is mated to a 5-speed gearbox and while it won’t be powerful enough for competition on the Formula-D circuit, it should be fun on wet days.