The RX-7 was powered from the factory by various generations of Marzda’s rotary engine, but recently we’ve seen (and featured) many versions with engines swapped in from other cars.  The problem with the Wankel isn’t just that it blows up like Alec Baldwin at the slightest sign of the paparazzi, but also that it is misunderstood and often pulled when it needs simple TLC.  It is nice, however, to see a rotary engine swapped into a non-RX-7 body, in this case a car that should have had rotary power from the beginning.  Find this 1995 Mazda MX-5 Miata with 13B power for sale in Los Angeles, CA for $4,000 via craigslist. 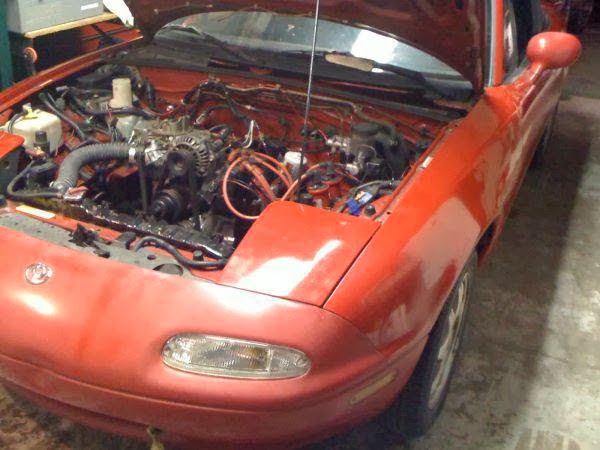 The MX-5 was launched in 1989 with the recipe adapted from the classic British style take on the roadster,  2-seats, soft-top and 4-cylinder power.  The resulting car was great in the turns, but lacked some high-end ooomph and it is surprising that Mazda never put a version of their already in production 13B Wankel engine.  It weighed less, was more compact and put out more power than the Mazda B-series engine…but initial cost and durability issues kept it in the RX-7 platform. 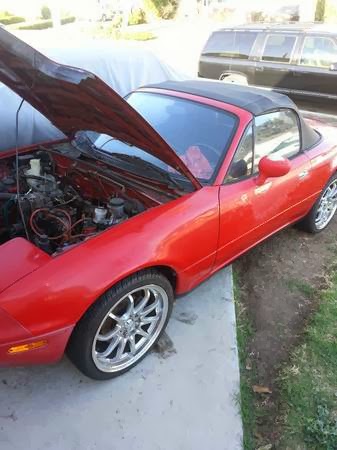 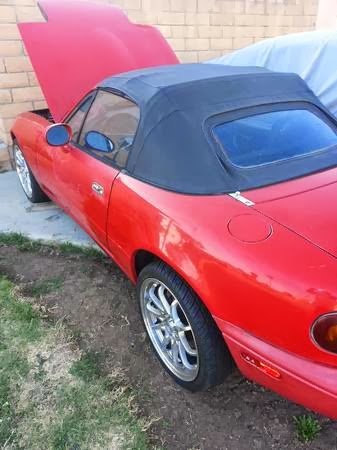 See a better way to carve the world’s roads for less? tips@dailyturismo.com