Spurred on by the success of Hurst parts in the 1965 Olds 442, GM created a marketing agreement and a number of Hurst/Olds cars starting in 1968, based on the 442 or Cutlass platforms.  The Hurst package added a cool looking shifter and some big stickers on the car for a small upgrade charge.  Today the Hurst/Olds cars are certainly more collectible than the standard run-of-the-mill Olds-mo-boats from the mid ’70s, but are they worth a second look? Find this 1975 Oldsmobile Cutlass Hurst/Olds for sale in Stockton, CA for $7,500 via craigslist. 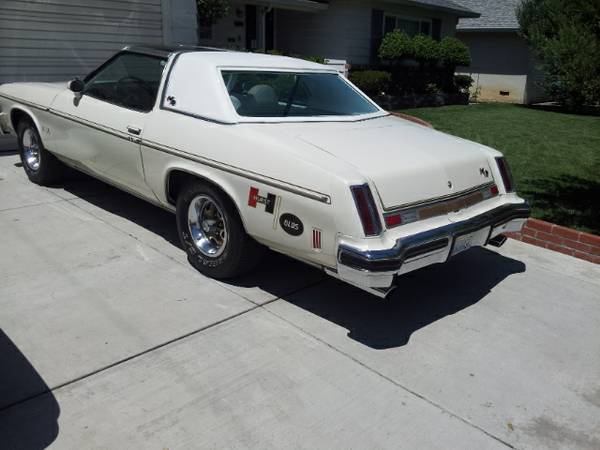 The 1975 Hurst/Olds version used the “formal roof” coupe styling of the Cutlass Supreme instead of the fastback Cutlass S shape because it was equipped with a glass T-Top setup called the Hurst/Hatch.  It should have been called the Hurst/ExxonValdez/Hatch because even when new they leaked like a pre-op transsexual intel officer with a high speed internet connection. 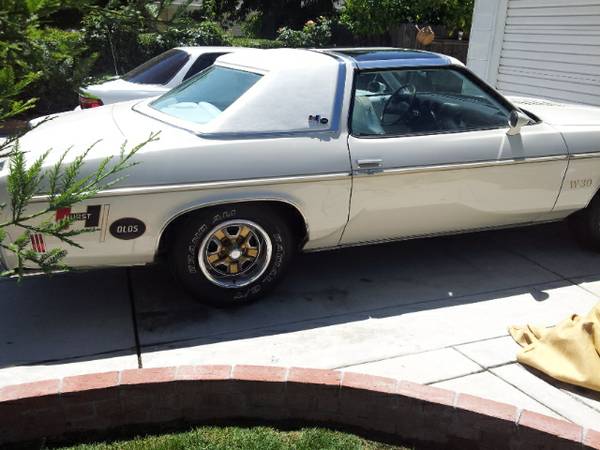 The seller identifies this version as the W-25, which would be powered by a 200 horsepower Oldsmobile 350 cubic inch V8…however the fender badging on this car clearly identifies it as a W30, which is powered by the Oldsmobile 455 cubic inch Rocket V8 – good for 250 horsepower.  Unfortunately the ad doesn’t include an underhood shot, but figuring out which package is really under the hood makes some difference in the collectability and hoonability of this classic. 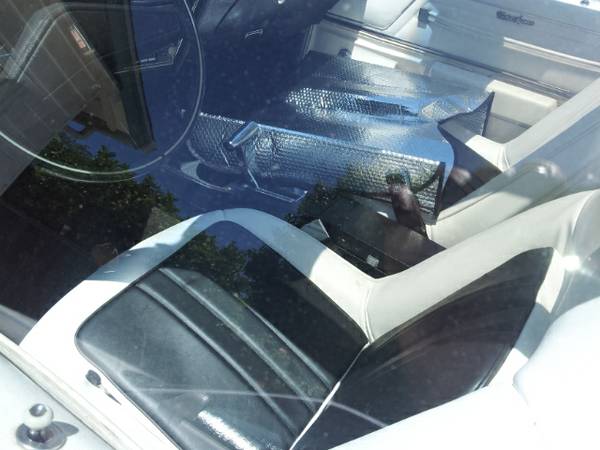 It also seems odd that the seller only includes one picture of the Hurst shifter and that photo is through the glass T-Top, but odder still is the fact that the seller says it is “98 percent complete” and “Tow it or drive it no problem.”  If towing it was a problem…well…that would indeed be strange. Interior pic through the window…tow it away…hopefully the car is owned by the same person posting the ad.  Find a better oddball classic? email us here: tips@dailyturismo.com