The Super 8 film format was released in the 1960s by Eastman Kodak as a higher definition option for home movie cameras. Today you can see jittery movies at Super 8 geekfests or an occasional glimpse in a movie trying to capture the past.  The Super 8 name however had already been used, on a giant upside-down bathtub shaped sedan from Packard in the 1950s.  Find this 1950 Packard Super 8 offered for $6,500 near Omaha, NE via craigslist.  Tip from Gerald. 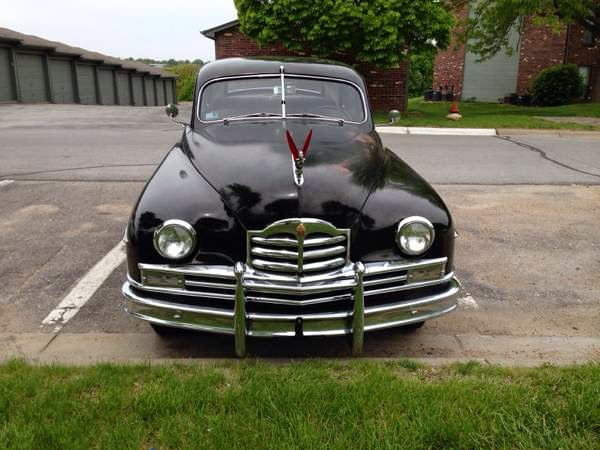 This is the 4-door version of the car that Doc Brown let Marty McFly drive to the senior prom in Back To The Future — actually that was a ’48 Super 8 Convertible — but the curb appeal is undeniable.  This beast  dates from the glory days of the Packard Motor Car Company, back when the USA was celebrating its victorious outcome of the second World War by covering everything with chrome. 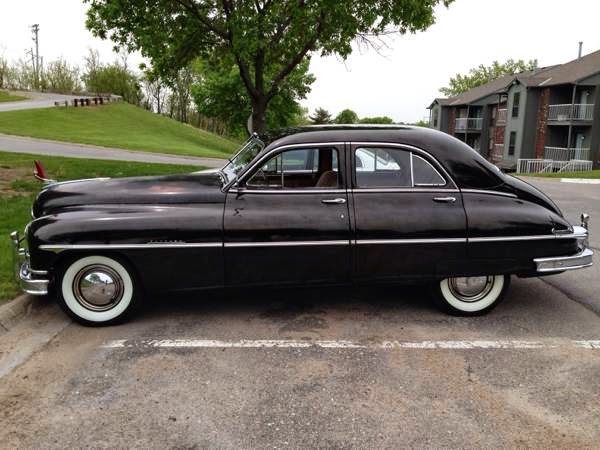 The Super 8 is powered by a 327 cubic inch inline-8 that puts out 150 horsepower.  With almost 4000 lbs to haul around it is no wonder that American GI’s stationed in Europe wanted to import the featherweight MGs, Jags and Alfas they drove while abroad. 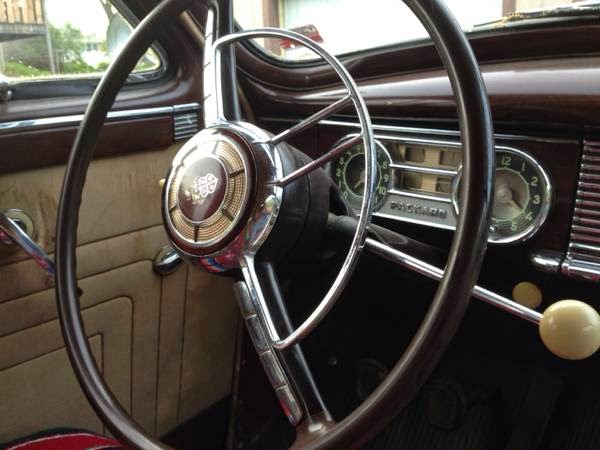 The comparison to Europe’s nimble sports car is unfair because the Super 8 was never designed for corner carving, it was strictly well-to-do family man’s people carrier and did that job admirably.  Pop the column shifted manual transmission into gear, sidestep the clutch, and mash the go pedal and watch the speedometer climb at about the same rate as the gas gauge goes down.  Fuel economy?  Who cares — it was the 1950s, gas was so cheap they practically gave it away.  Heya mister, buying a book of stamps? Here is a free 55 gallon drum of 100 octane leaded gasoline to go with em. 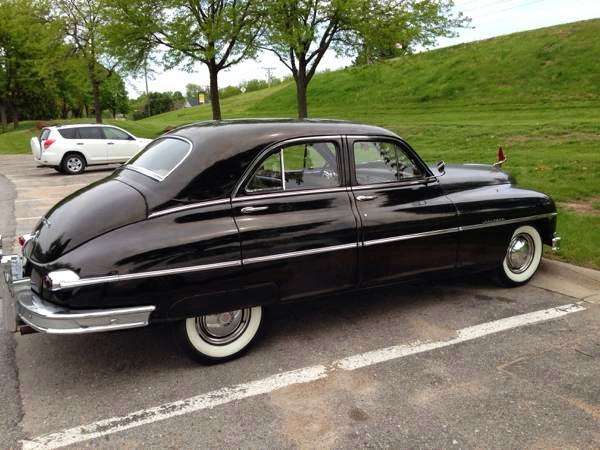 See a better relic of the past for less than the price of a 5 year old economy car? tips@dailyturismo.com