The third generation Ford Bronco dates from the time when the Bronco was a plus sized SUV (only the first generation ’66-’77 were compact) that used the F-series truck chassis and competed with Chevy’s Blazer and Chrysler’s Dodge Ramcharger.  Oddly enough all three of these dinosaurs are now extict, only to be found as fossils in desert communities…but that shouldn’t stop you from considering one if you need a giant 4X4.  Find this  1985 Ford Bronco with 6.9 Ford Diesel Power offered here on craigslist for $6,500 in Yucca, AZ.  Tip from FuelTruck. 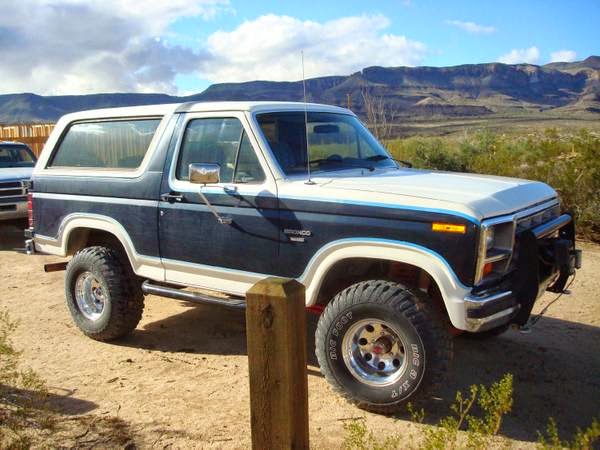 The 1980-1986 generation Bronco was slightly smaller than the previous monster version and was available with a base inline-6. For a few more bones you could upgrade to a 302 V8, 351M, or 351W.  The previous generation live front axle was replaced with a Dana 44 twin traction beam setup that is a hybrid of an independent and live axle. 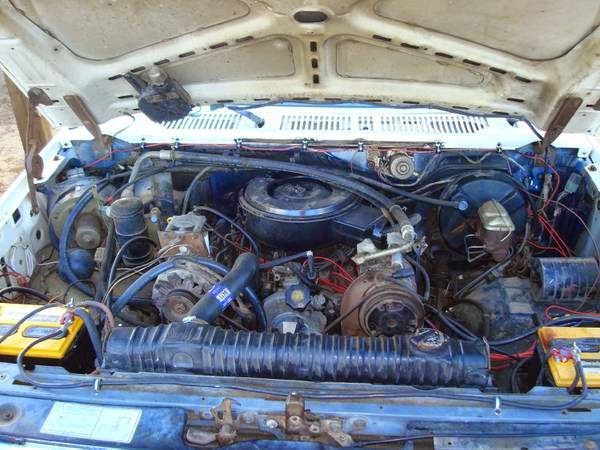 Power in this Bronco comes from a 6.9 liter International IDI (In Direct Injection) V8 that was rated from the factory at 170 horsepower and 315 ft-lbs of torque.  You won’t find a turbocharger on this old pig, but it should return great fuel economy for the power level.  Personally, I would have gotten a turbo 7.3, but the 6.9 should last for decades. 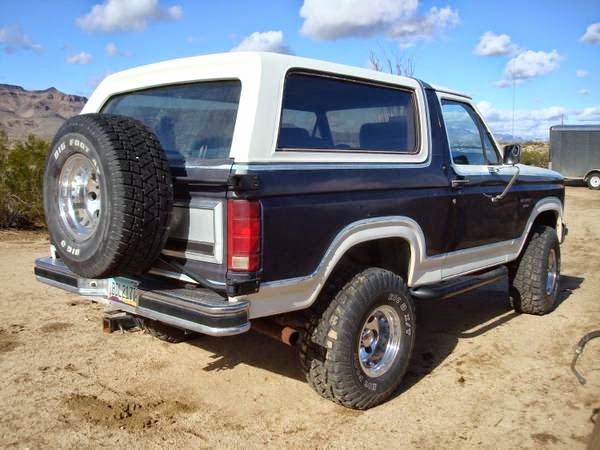