The AMC Hornet was a compact car built from 1970 to 1977 as the Kenosha, WI based American Motor Corp competitor to the Japanese invasion.  The Hornet was successful as an AMC product and its platform was used for the Concord, Gremlin, Spirit and wacky 4X4 Eagle.  A Hornet was featured in the 1974 James Bond film The Man with the Golden Gun doing a 360 degree aerial twist — a stunt not done with modern CGI, but with old fashioned brawn, moxy and ignorance of the consequences.  Prove your own meddle with this 1976 AMC Hornet Sportabout offered for $3,000 in Portland, OR via craigslist.  Tip from Oldsmobuick. 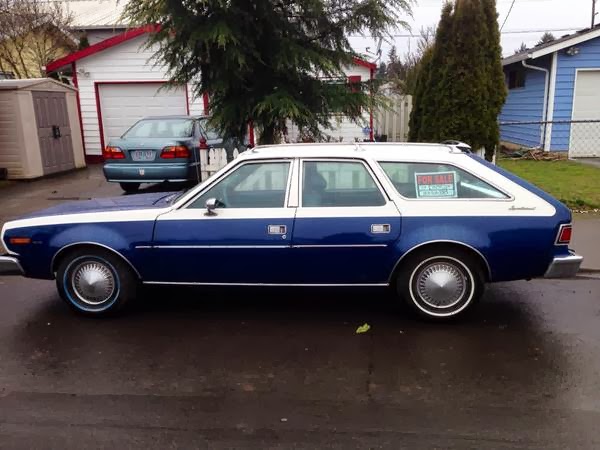 This AMC Hornet is the Sportabout wagon version and it looks incredible in a two-tone white-blue paint job. Most times custom two-tone paint jobs look hideous, but somehow it just works on this Hornet.  The Hornet is powered by one of two inline-6s, a 232 cubic inch version good for 90 horespower or the 258 cubic inch version rated at 95 horsepower.  Neither will thrill you with performance, but in 1976 even the legendary Corvette was pretty abysmal. 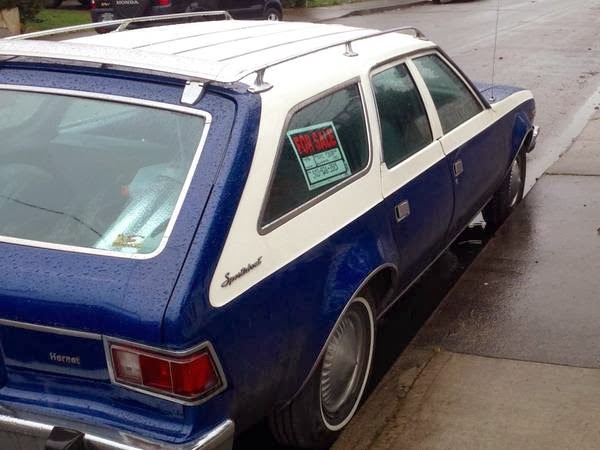 This Sportabout isn’t a good example of thrills/dollar, but it will offer a unique experience at a discount price and you won’t see another on the road like it.  See something better? tips@dailyturismo.com

10k: Paddy Wagon: 2008 Dodge Magnum Police Package 5k: Wagonaire vs. Wagoneer: Which Wagon Will Win its Way to your Wallet?