The small pickup truck segment of the collector car market is an interesting sub-set of the classic car hobby, almost an island to itself.  Similar to the 22% of the population who, according to a 1980 paper published in the British Medical Journal by Lison, Blondheim, & Melmed, are able to detect the presence of several ammonia and sulfur containing volatile organic compounds in urine after the consumption of asparagus, only a small subset of the car hobby enthusiasts get pickup trucks.   It isn’t like the 256 subjects out of 328 in the Lison et al study were missing anything when they played the game of “sniff this random jar of pee and tell me what you smell” — it was simply that they were lacking the single-nucleotide polymorphism of a cluster of olfactory genes in their DNA; the same can be said for the folks who don’t get classic pickups.  Fear not, genetic freaks! Unlike your lack of hypersensitivity to aspeeragus — the issue with not liking classic pickups can be cured with this 1973 Datsun Truck 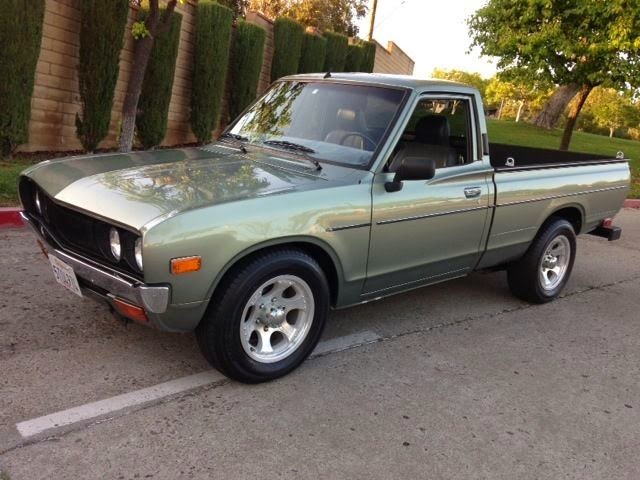 Asparagus…transforms my chamber-pot into a flask of perfume.

I will admit to being an autosomal gene carrying freak (joining the likes of Benjamin Franklin and Babe Ruth..not a bad group at all…) who can detect the pungent odor of metabolized asparagus and perfume is hardly the right word.  Regardless, this Datsun Pickup is a nice example of the Datsun 620 pickup truck (simply badged Datsun or Datsun 1600 in North America) that has been repainted in a light green (please don’t call it pea green…).  The paint looks okay, except for some spots in the rocker panels that show paint bubbling up.  This is a common place for paint issues, because it is exposed to the most salt/debris/moisture, will require some filler/prep work, is difficult place to work on the car (nobody likes to lie down doing body work) and is a difficult place to spray (nobody likes to lie down in a spray booth).  The result is the place that is most vulnerable to chips/rust/issues is least properly repaired, prepared and painted.  Could be an easy fix, or it could be symptomatic of a bad paint job that needs to be completely stripped down to bare metal and resprayed. 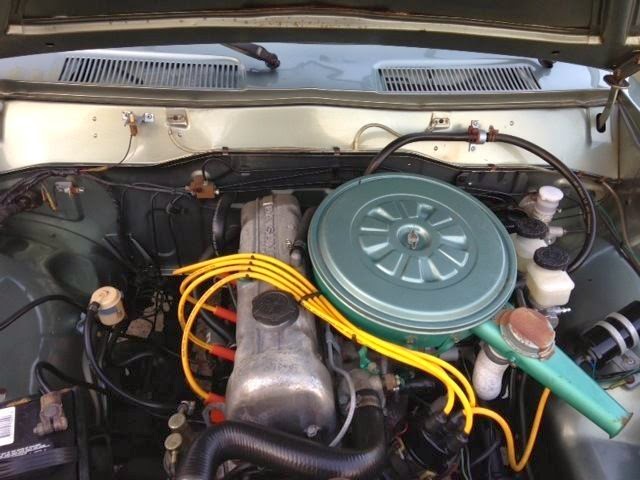 The Datsun pickup is powered by the Nissan L16, a 1.6 liter single overhead cam 2-valve non-cross-flow 4-banger that puts out 96 horsepower.   The L16 is cheap to run, cheap to rebuild, fairly robust and will metabolize 87 octane gas with ease. 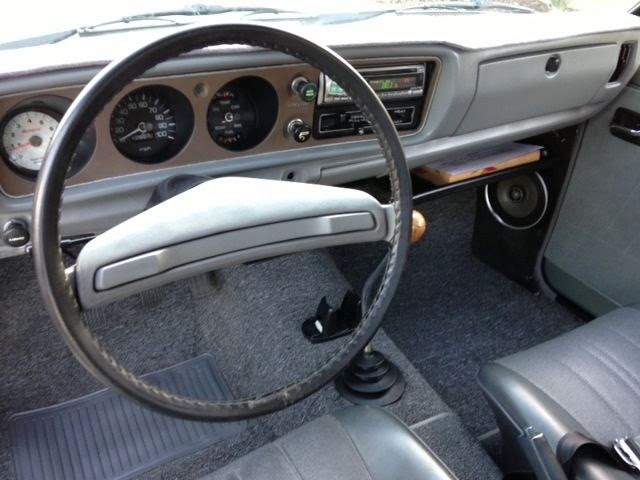 The inside of this pickup looks in decent shape – it’s clean and doesn’t look like anyone has urinated in the inside…although the carpet is a dark green that would hide stains well.  It is probably best to carefully smell for pungent odors…unless you don’t have the gene…in which case you’ll need to bring along a friend who does.  It can get awkward asking all of your buddies if they can smell asparagus pee…even more embarrassing when you start asking their wives– so take it easy. 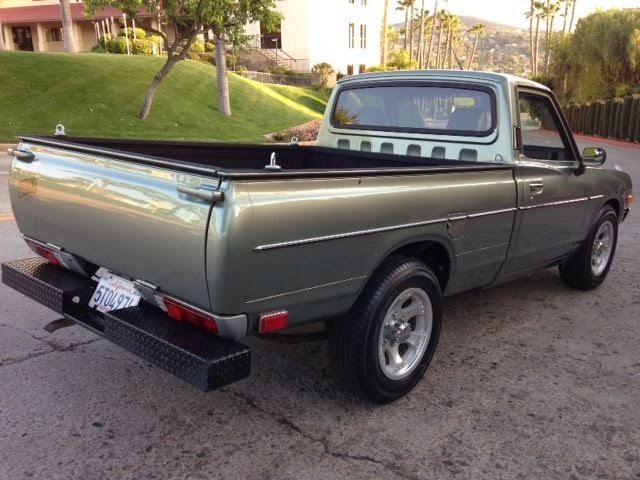