The Volkswagen Golf was introduced in 1974 as a replacement to the 36 year old Beetle (Type 1) and sold like salty pretzels at Oktoberfest, with over 6 million of the front-drive compacts leaving worldwide factories through 2009.  The Rabbit (as it was called in the USA) was designed by Giorgetto Giugiaro of ItalDesign – noted for his work on the Alfa Giulia Sprint, Ferrari 250 GT, Maserati Bora and Isuzu Impulse..et cetera.  Find this 1979 Volkswagen Rabbit Diesel Mk1 for sale in Los Angeles, CA for $3,500 via craigslist. 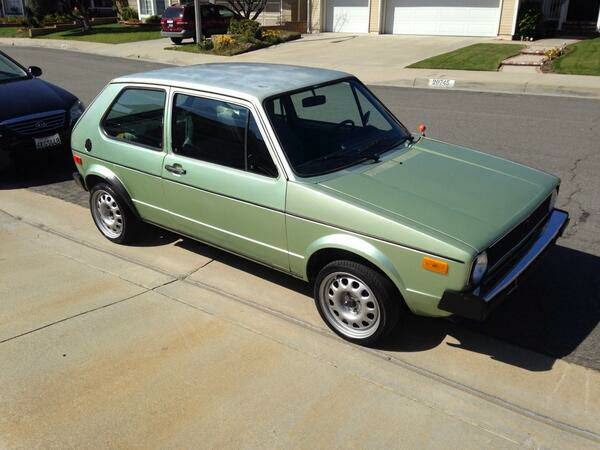 The Mk1 Rabbit/Golf is the cleanest designed of all Golfs, chalk it up to the Giuigiaro influence instead of internal VW folks, or blame the later designs on stringent requirements for crash safety, impact standards and aerodynamics — it doesn’t matter — the Mk1 Golf is the best looking, even when the paint is falling off the roof. 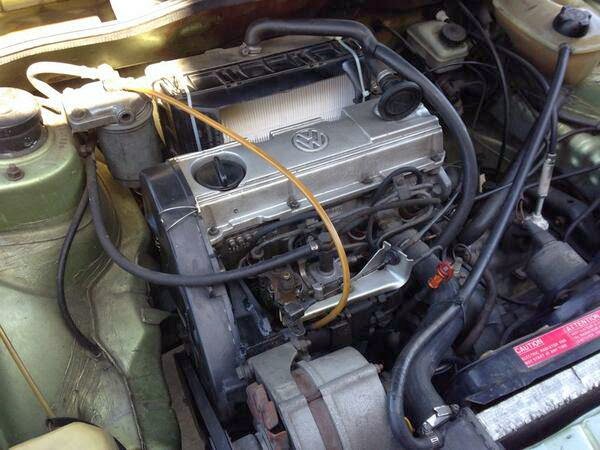 Under the hood of this Rabbit is a 1.6 liter inline-4 cylinder diesel that puts out 54 horsepower.  To be honest, I used to own a Mk1 diesel rabbit and it was the slowest car I have ever driven.  It was slower than the W123 diesels I’ve piloted and an entertaining car to drive on the road.  Keeping up with the normal flow of traffic requires clutch dumping starts and the throttle pedal can be treated as a binary switch.  Oddly enough it wasn’t a penalty box like driving a rental car with a CVT or a Prius…since the 4-speed gearbox kept you busy. 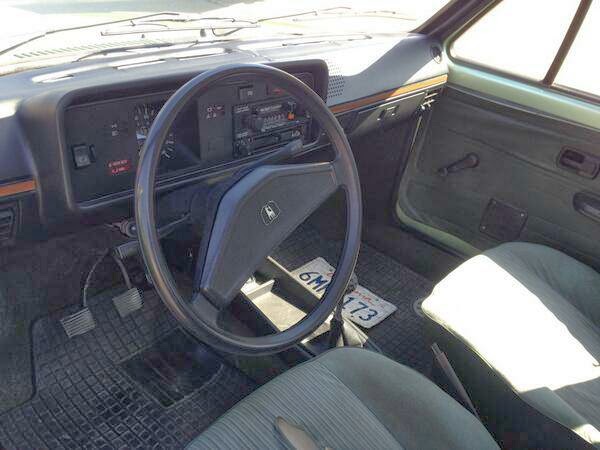 Odder still is the unassisted rack & pinon steering, and feedback from unicycle thin tires from what must have been 90 degrees of caster.  Feedback builds calmly and progressively at ridiculously slow speeds as the limits of traction are reached as Greyhound buses pass you in freeway on-ramps. 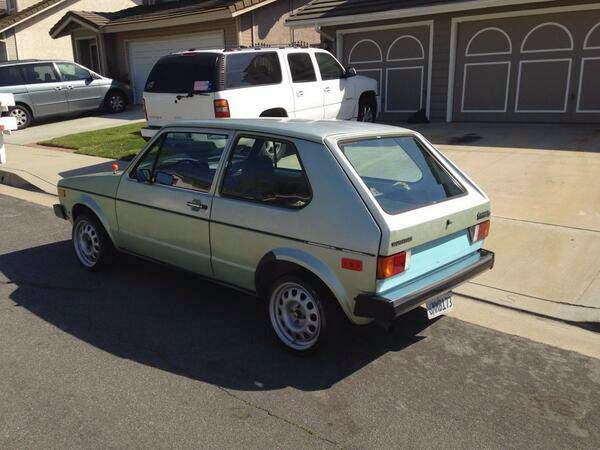