The Renault Le Car was sold through the soon to be defunct AMC dealer network, but didn’t displace much American product because both the car, and sales figures, were low.  According to Popular Mechanics magazine the Le Car was known as the “French Rabbit… low on style, but high on personality and practicality.”  We couldn’t disagree more as this 1978 Renault Le Car is all style and no substance – find it in a picturesque garage in Portland, OR wrapped in Lettuce green paint, currently bidding $3,100 with 2 days to go. 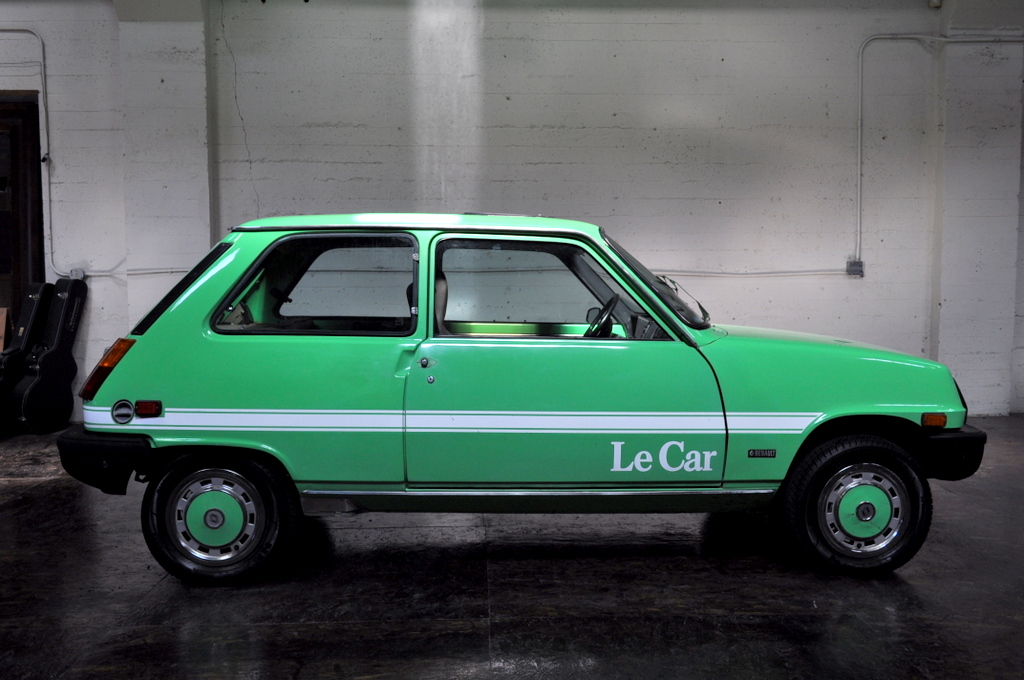 The LeCar (sounds redundant, n’est-ce pas?) was badged the R5 for the rest of the world, but adopted a Franco-English name for the US Market.  The LeCar was an alternative to the Honda Civic, Toyota Corolla and Volkswagen Rabbit – however unlike those perennial favorites, it never sold well in Francophobic America. 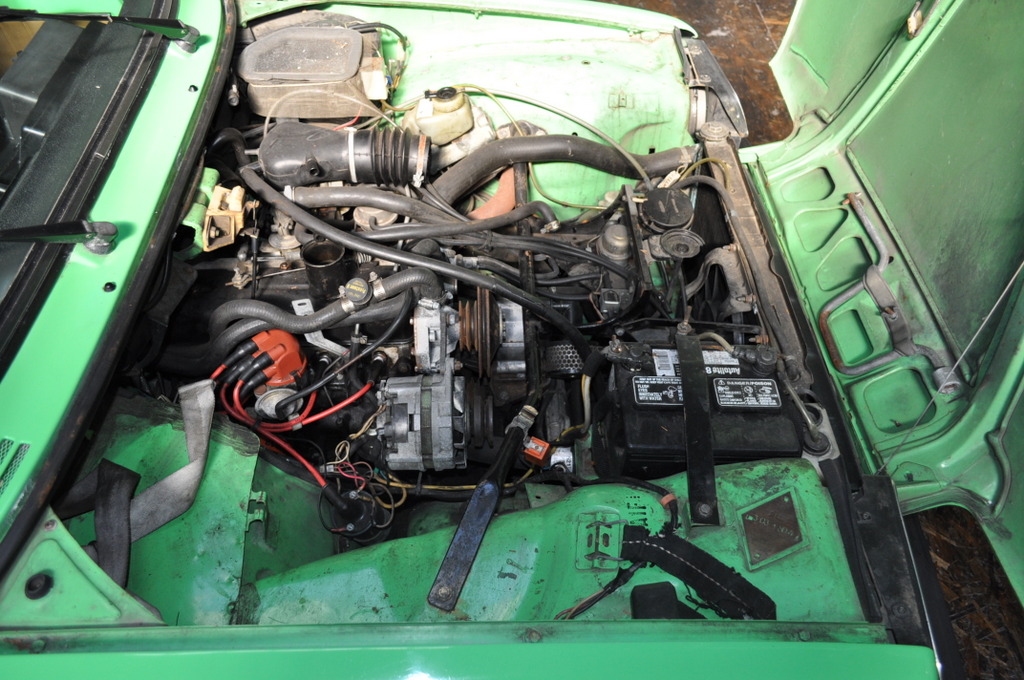 The R5 features a unique (unless you are really into Citroens) mid-front drive setup; that is, the engine  is mounted aft of the front wheels (between the axles) but powers the front wheels.  It is pretty much the worst drive setup for motive traction from the powered wheels, but the 1.3 liter engine only puts out 55 horsepower…when it isn’t rusted into a single piece of iron oxide from disuse, as the is case with this ‘LeArt.’ 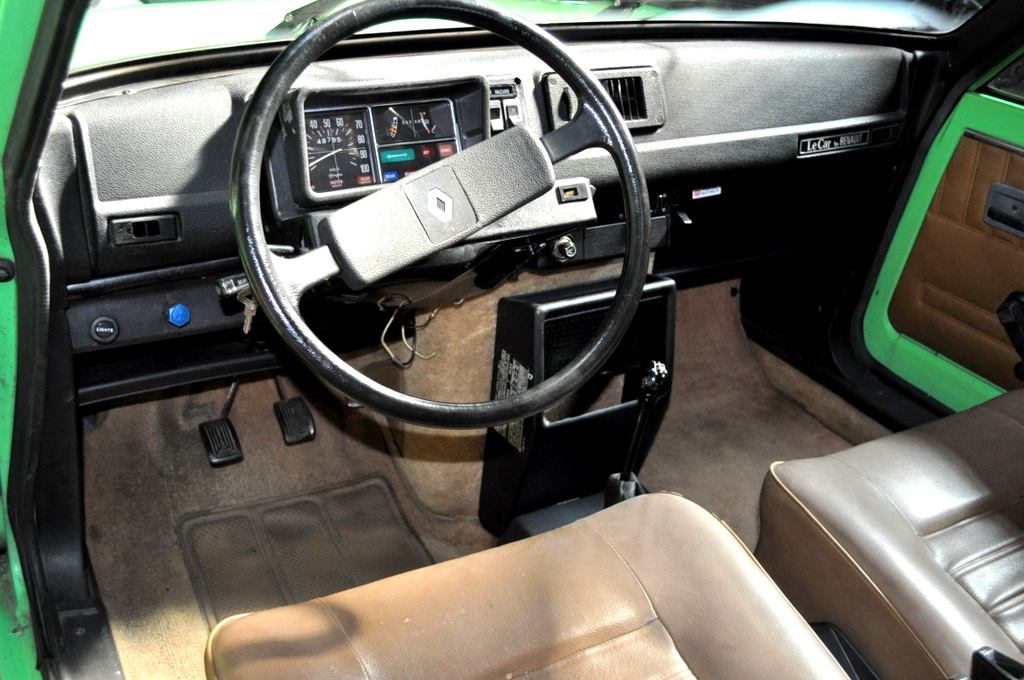 It is remarkable that this car looks as good as it does considering the fact that it has been sitting for a few years, but will need some sorting before you can drive it anywhere.  The dash looks surprisingly intact and we don’t see anything missing. 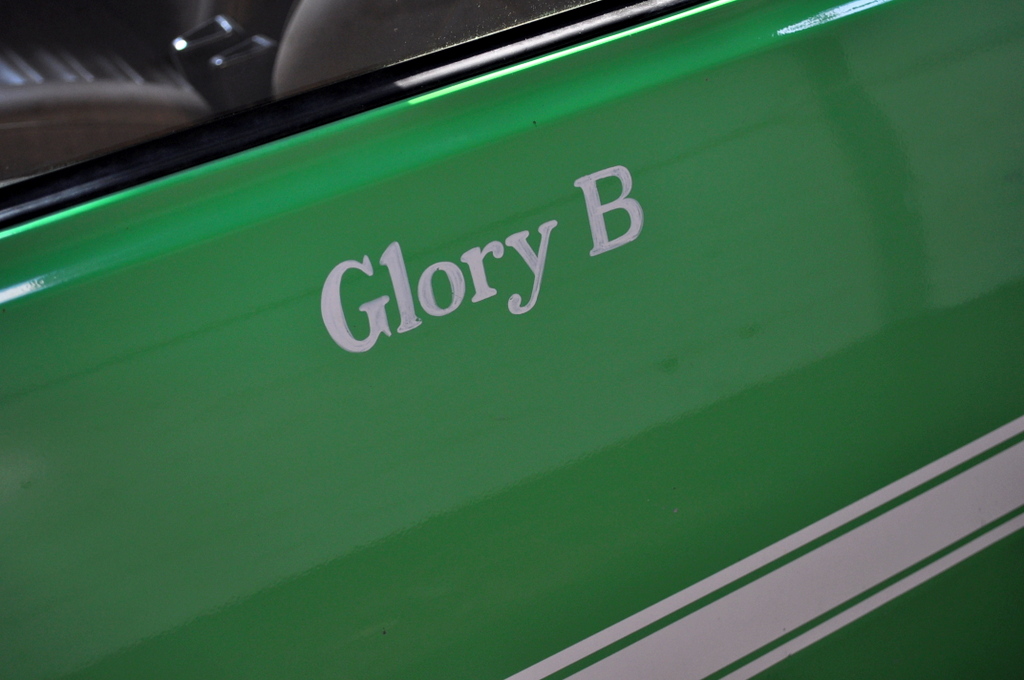 One of the more interesting artifacts from this ‘find’ is the hand-stenciled lettering “Glory B” just under the driver’s side window – an apparent reference to the owner’s name “Gloria.”  It is a fantastically odd customization, but, like those gold plaques with names such as “Bonnie” or “Gerry” on the inside of old Cadillac Broughams across the junkyards of America, it should not be removed! Lettuce be thankful for your green French car tips:  tips@dailyturismo.com