The 3rd generation Chevrolet Camaro was released in 1982 as an attempt by GM to compete with Ford’s new Fox platform Mustang.  The new Camaro was much more modern than its predecessor and if you drive one of them today, it doesn’t feel like something that was designed in the 70s.  It won’t feel like a new Audi on the inside, but the 3rd gen Camaro features a variety of fuel injected small block V8s and a well engineered chassis (C&D allegedly nominated the ’84 Camaro as the best handling American car for sale in 1984).  Find this 1984 Chevrolet Camaro Berlinetta offered for $3,750 in Boise, ID via craigslist.  Tip from Oldsmobuick.

This particular 3rd gen is a glass T-top equipped Berlinetta version, which means your mullet will get lots of fresh air, sunshine, and admiring glances — always a good thing.   This one features a bronze/brown paint which looks to be about the shade of a Dos Equis amber beer bottle. 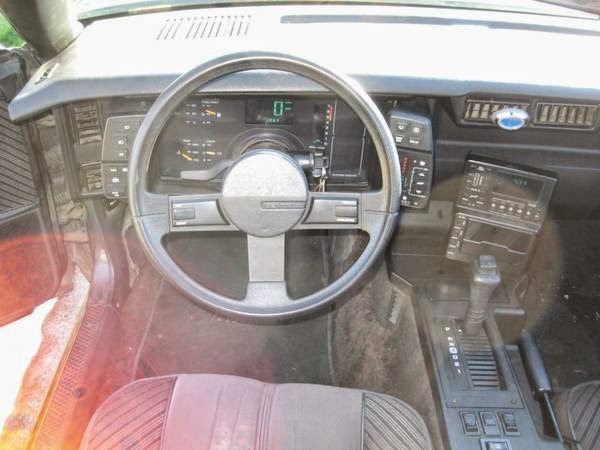 The Berlinetta version was the mid level model between the Sport Coupe and the Z28.  It was available with a standard V6 or (in the case of this example) an option LG4 V8.  The LG4 is an electric carburetor fed 5.0 liter pushrod small block V8 (305 cubic inches) that is rated at a paltry 145 horsepower when new.  Avoid hills or drag races with kids on skateboards. 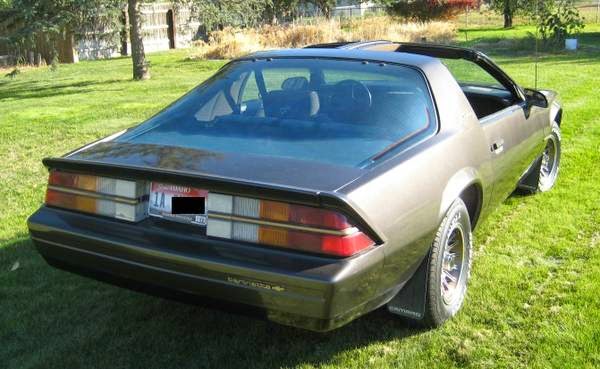