The Trabant 601 was a small passenger sedan from the Soviet side of the Berlin Wall.  It was the Deutsche Demokratische Republik (East Germany) equivalent of the Volkswagen Beetle and produced in staggering numbers.  This next feature is one of the almost 3,000,000 Trabis to leave the production line in Zwickau, Germany.  Find this 1989 Trabant 601S offered for $6,000 in Santa Cruz, CA via craigslist. Tip from Kaibeezy. 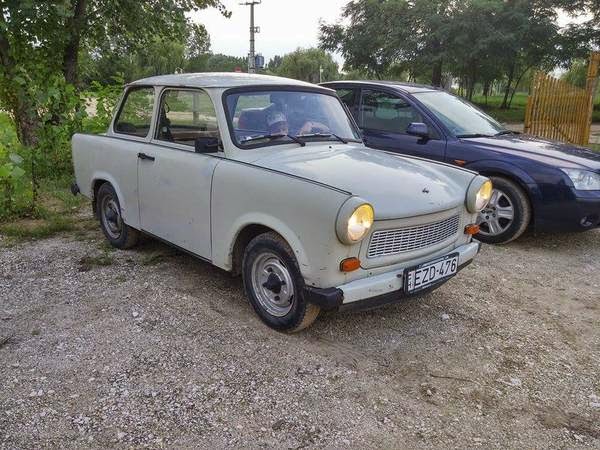 The seller describes this Trabi as being in great mechanical and fair cosmetic shape, which sounds like the perfect kind of car to pickup for cheap and just cruise around.  However, you’ve got to wonder how often you have to fiddle with fiddly stuff to get to your destination. 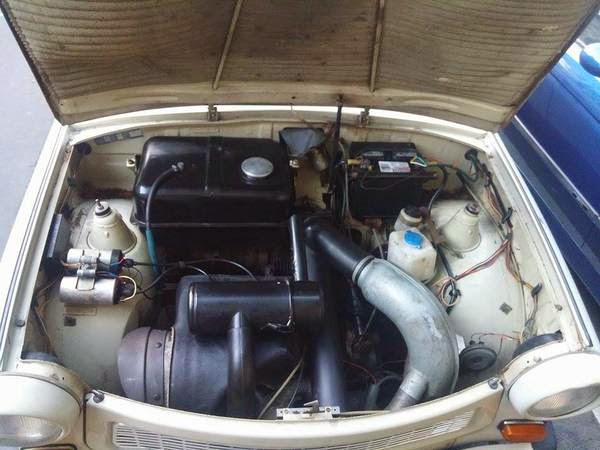 Power under the hood…at least I think that is the engine, it doesn’t look very enginish…comes from a 600 cc two-stroke twin-cylinder weedeater engine rated at 27 horsepower and 38 ft-lbs of torque mated to the front wheels via a 4-speed manual gearbox.  With some luck you might be able to hit a gear limited 62 mph in 4th gear, but don’t bet anything valuable on it. 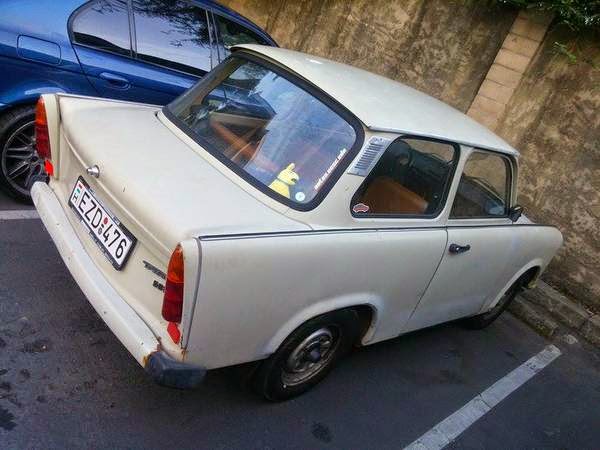