Back before Mazda released their factory tuned track rat Mazdaspeed 3 and (more useful, but less fun) Mazdaspeed 6, they had a little family car called the Familia/Protegé that made some waves. The basic Protegé was capable, but focused on frugal driving — however, in the final year of production the wizards at Mazdaspeed teamed up with Callaway to release a turbocharged Protegé with  penchant for smoking its front tires.  Find this 2003 Mazdaspeed Protegé offered for $5,800 near Seattle, WA.  Tip from Gianni. 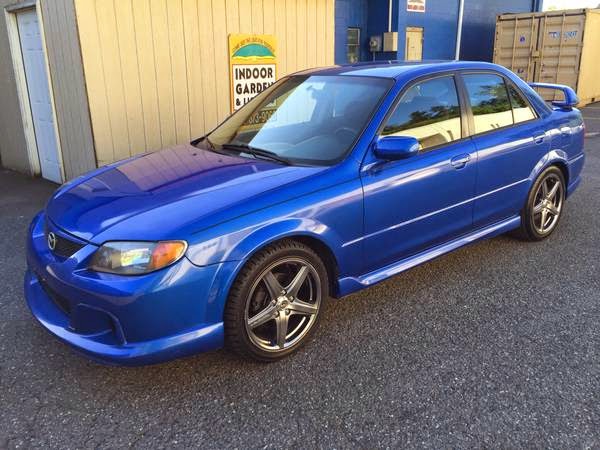 This is one of the 4,500 Mazdaspeed versions of the Protegé released for the 2003 model year, and from its blue color you can tell it came from the later mid-year updated batch (the early cars were available in black or orange, later cars got a different body kit and were yellow, titanium, blue, or silver).  If you are building a collection of cheap primo press classics, the Mazdaspeed Protegé would go great with your AMG C36, E28 M5, and SVO Mustang. 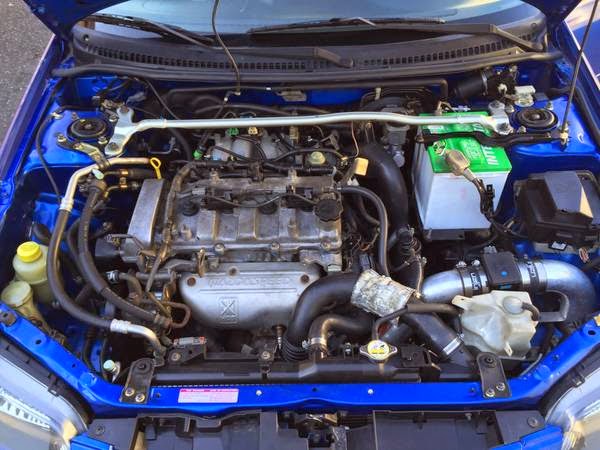 Under the hood is the FS-DET, a 2.0 liter DOHC inline-4 that pushes out 170 horsepower and 160 ft-lbs of torque with the addition of Garrett GT25R ball bearing turbocharger.  This was the same turbocharger that can be found in the Nissan Silvia S14 (SR20DET in Japan) and GTR (RB26DETT), and is one of the few mass production ball bearing turbochargers to be found in any production car.  Ball bearings have inherently less internal friction compared to a normal sleeve (journal) bearing that translates into better transient response (less time to wheeeee!) and better overall efficiency. 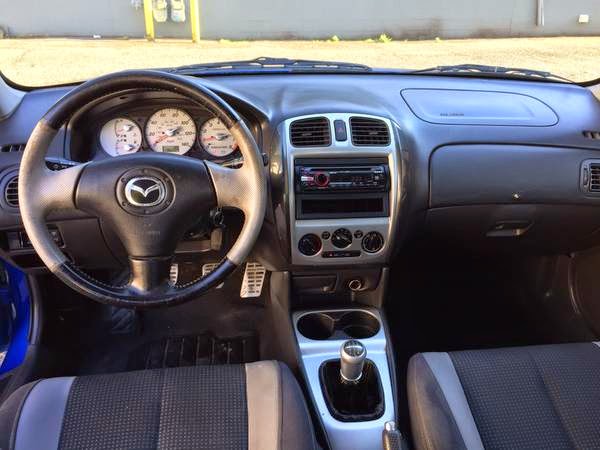 The Mazdaspeed version of the Protegé featured most of the same low rent econobox interior as in the standard version, but the 2003.5 models featured some unique trim pieces to make you feel more special as they rattle over bumps. 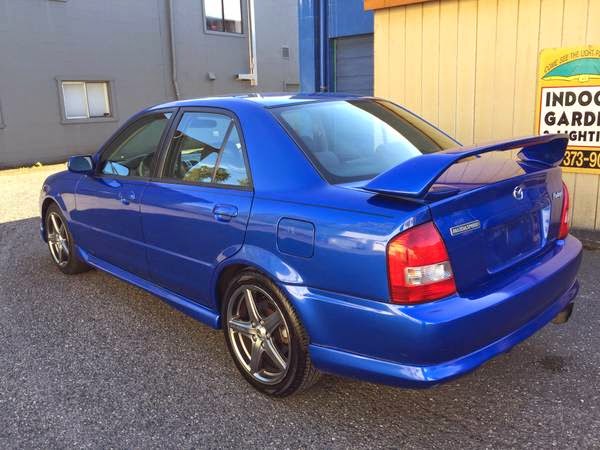