The FC generation Mazda RX-7 is currently languishing in the no-man’s zone between a collectible classic and depreciated junk.  The savvy buyer might consider picking up cheap example and parking it in a barn for a few decades and then “discovering” it and flipping for big profit.  The Daily Tourist will pickup a perfectly clean condition 1 example, drive it for a few years till it is condition 2 or 3 and then sell it for a profit…because who wants to do a bunch of work on some crummy car just to let someone else drive it.  Here is a great clean condition RX-7 offered for nothing — this 1987 Mazda Rx7 Turbo II is offered for $6,200 in Leesburg, AL  Tip from Jeff L who says “How often do you see a second generation (FC) RX-7 that hasn’t been beat
to crap or horribly modified, and it’s a turbo to boot!  Looks minty
fresh.” 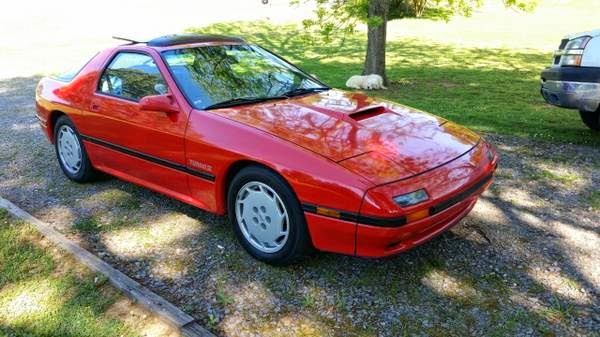 Most sports cars from the 80s haven’t started appreciating yet (E30 M3 notwithstanding) and the market reminds me of those horrible house flip shows that were all the rage in the pre Bear Stearns housing crash.  Those shows were filled with dumbasses who had quit some unfulfilling job as a landscape architect or lifeguard and now owned a fix-er-upper house.  They spend the next six months dumping entirely too much time and money doing superficial repairs to sucker the next guy into thinking the house was some fancy mansion.  At the end of the episode the flipper would stand up in front of the camera and say “duh…I made $100k gross on this flip after 6 months of work, but my profit was $15k after expenses and I think I just need to focus on doing the next one quicker:”  You stupid imbecile I’d shout to the scrolling credits and preview for Niecy Nash’s latest show, everyone on that block made $50k in appreciation during those 6 months and you would have been far better off if you’d sat around the painted your toenails or started a cult worshiping rare Ikea lamps.  I gotta stop watching HGTV. 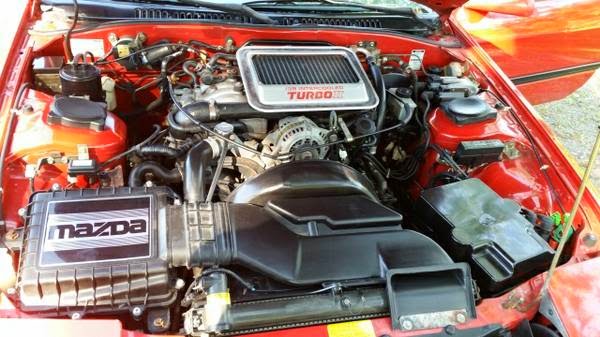 The Turbo II uses Mazda’s 13B rotary engine displacing 1.3 liters and turbocharged/intercooled to make 185 horsepower.  The RX-7 isn’t a monster at the drag strip, but the smooth rotary engine mated to a high pressure turbocharger makes for a car that loves to be driven fast. 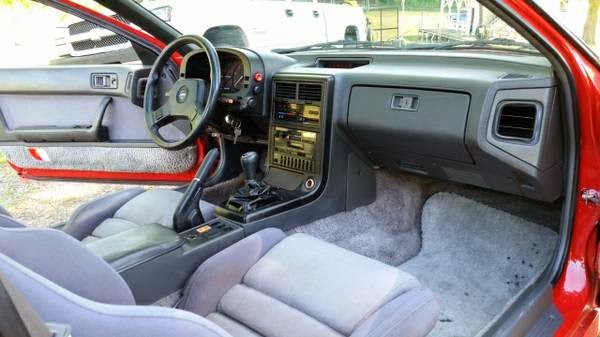 Inside this car looks really nice, much better than most of the V8 swapped piles of junk we see littering craigslist and ebay most days.   This one looks clean and ready to be driven, but the seller says it has a few “pings and dings” from being 27 years old.  Hopefully those pings aren’t coming from the engine. 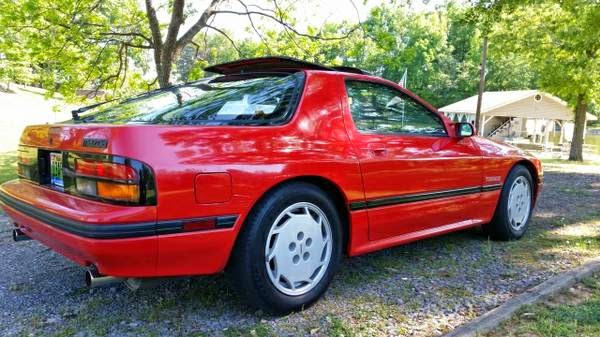