Do you pine for a car with the esteemed title of nicest 1993 Ford Escort GT available on the market? No need to answer that – of course you do. With a claimed 14,000 miles, this Escort has showroom-quality paint and upholstery to elicit memories of Nirvana, the first Clinton administration, and the hi-top fade. Find this 1993 Ford Escort GT for $3,495 in Detroit, MI. Words by DT contributor slowcarSLOW-MPGlol. 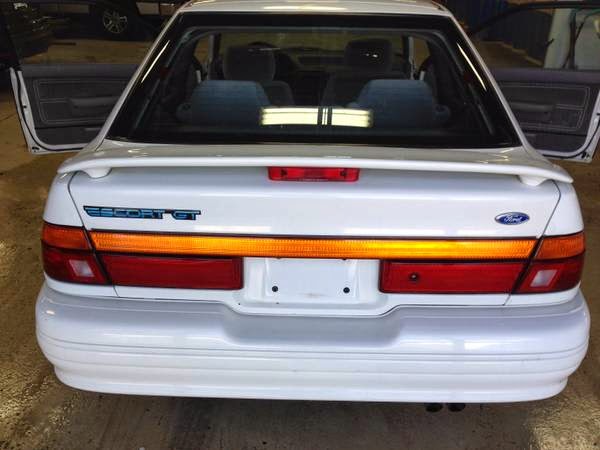 While on the high side of ’90s Escort prices, this is still pretty low. The market just isn’t ready to support numbers-matching survivor domestic economy hatches. At just under $12 grand in 1993, whoever chose to not drive this car won’t make their investment back. But it does make a great deal if you’re looking for something sturdy, responsive, and somewhat stylish. 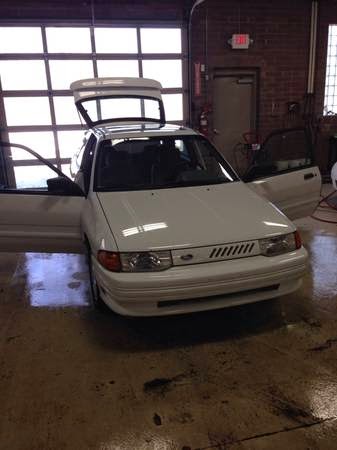 Asymmetrical grilles might be the next big thing after the gaping-maw Audi grille loses its flavor, and if they are, this Escort is years ahead of its time. The same can’t be said about the back, for which a dozen bicycle wheel reflectors were crammed together to connect the taillights. On your way inside, enjoy dodging a retractable seat belt before gripping a two-spoke steering wheel as thin as the hair of the average Frasier viewer (brand new in 1993). But that’s not as disappointing as the automatic gear selector planning to spoil your fun. 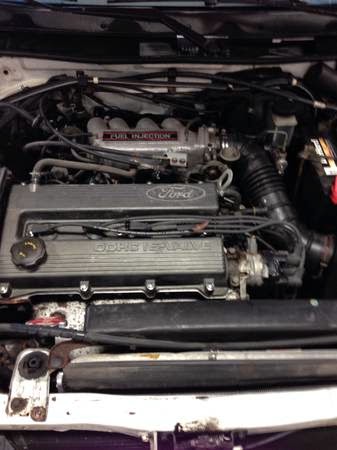 A sideways 1.8L Miata engine with 4 valves per cylinder, dual overhead cams, and 127 horsepower was a big improvement over the previous generation’s Ford powerplant. Combined with 15 inch alloys with “wide” 185-section tires, fully independent suspension, re-valved struts, and thicker sway bars than in lesser Escorts, it provided an entertaining way to drive your friends to the first ever Warped Tour in 1994. 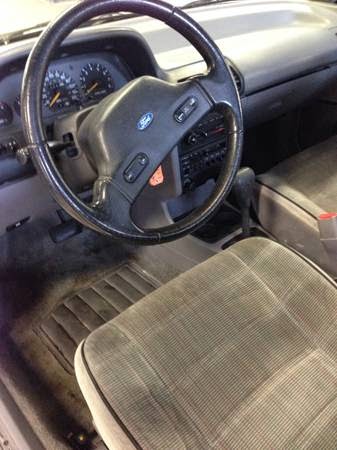 Really, the log-type intake manifold is the sportiest thing about this garage queen. The adjacent valve cover looks great and is popular on Miatas because it exposes the cam gears. While you’re parting out, the rear sway bar and disc brakes are good upgrades for Ford ZX2s. Things go the other way too, and you can have the 130-horsepower, 130-lb-ft of torque Zetec 2.0L from the ZX2 or the turbocharged BPT from the 323 GTX. Whatever the engine, these have cheap aftermarket availability and are quite durable… if you ever decide to put more than 14k miles on it. 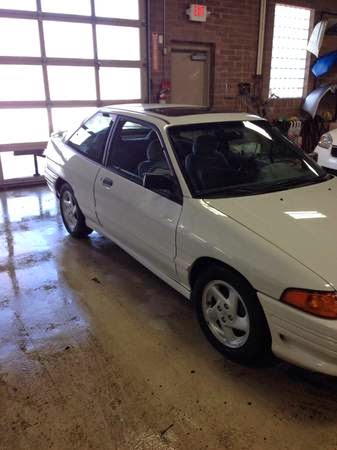 See a cleaner Escort? Email us at tips@dailyturismo.com