The Triumph Spitfire is a diminutive British roadster named after an
iconic WWII fighter, the highest production and most successful British fighter plane of all
time.  The road-going Spitfire can’t claim the same sales (or Nazi hunting) success, but it is a classic in its own right.  The Triumph version is extremely small, but well proportioned to
hide its diminutive stature in photos – the opposite of a facebook selfie.  It may not look it in the photos, but the Spitfire is
similar in size to the MG Midget and Austin-Healey Sprite.  Find this 1978 Triumph Spitfire 1500 offered for $4,000 in Watsonville, CA via craigslist.  Tip from Kaibeezy. 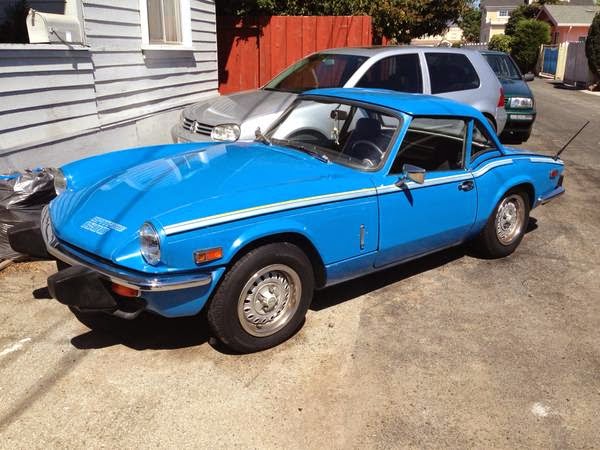 DT’s cub reporter Hunsbloger claims to had a friend from college who had
a ’74 Spit which looked like the same color, who insisted they
called it French Racing Blue.  This was never verified, either that Hunsbloger was still in college in the 70s (pretty sure he would have been too old for college during the 70s, but the carbon dating results haven’t come in yet) or that the color was French Racing Blue. 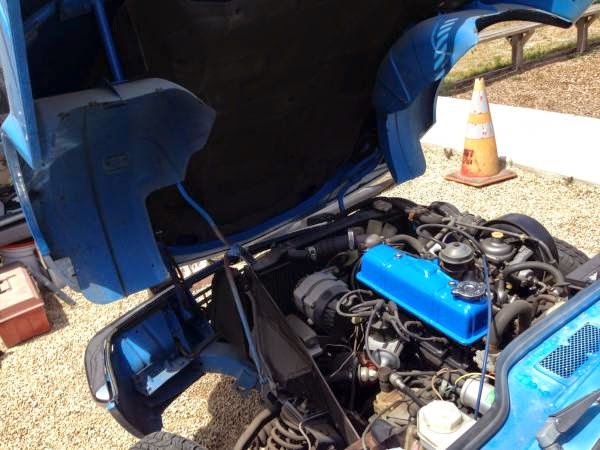 Wikipedia calls this color Bleu de France, the official racing colors of France, and programmers would call it hex #318CE7.  According to the Triumph color experts at teglerizer.com, this is Triumph paint code 126 “French Blue.”  French Blue paint covers the valve cover of a 1.5 liter inline-4  engine with 7.5:1 compression ratio puts
out a pathetic 53 horsepower due to added catalysts and stringent
emissions requirements of the era. 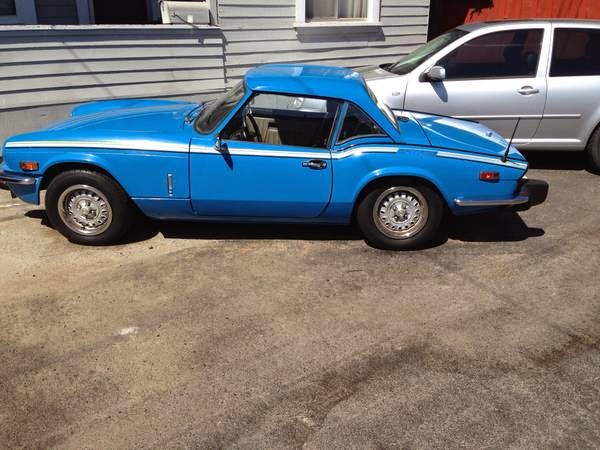