The MG Midget was a diminutive little runabout from Morris Garage that shared mechanical parts with the odd looking Bugeye Sprite from Triumph Austin-Healey (its hard to keep all of these defunct British auto companies straight!).  The Midget was a roadster that harkened back to MG’s early days with its 80 inch wheelbase being less than the width of a modern F-150 pickup.  This 1979 MG Midget proudly wears its original mustard yellow paint, has a claimed original 25k miles on the odometer and is offered for a paltry sum of $3700 in Lake Elsinore, CA via craigslist. 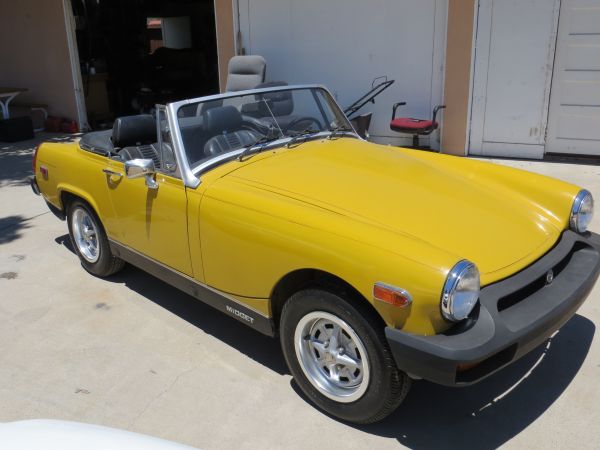 This MkIV Midget was refereed to as the Midget 1500 because it shared a power plant with the Triumph spitfire instead of the 948-1275cc engines of the earlier years.  The MkIV also featured a black plastic front bumper that could be swapped out for a pre-1973 chrome piece if desired and has squared off rear wheel arches – apparently done because the early rounded wheel arches were known to buckle under cornering forces created by the 165mm section width tires. 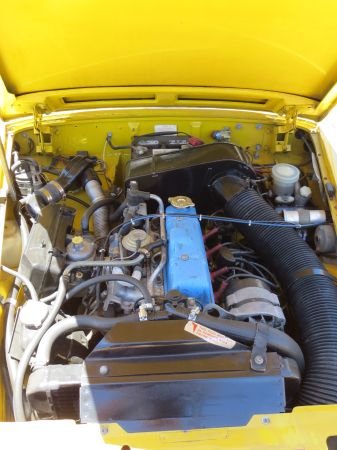 Motivating the Midget is a 1.5 liter inline 4 cylinder engine borrowed from the Triumph Spitfire putting out 71 horsepower and 82 ft-lbs of torque.  Performance is Zamboniesque with the 1600 lb curb weight; this Oompa-Loompa will hobble from 0-60 mph in 12 seconds. 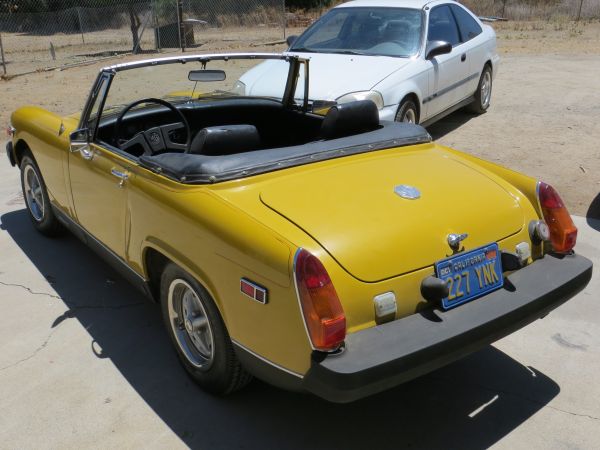 Overall this Midget looks to be in decent shape to drive every day – the low miles on this car won’t keep you from driving it and we think a more optimistic ebay dealer/car flipper would use some ‘Back-to-Black’ on those bumpers and easily ask 2X this sellers price.  We aren’t experts at the stock market, but we’d put this MG in the strong buy catagory.

See another munchkin with a yellow brick paint job? email us here: tips@dailyturismo.com