Long before Honda released its CR-Z hybrid two-seater, there was a little Honda that could achieve 50mpg, scoot along quite nicely and turn when needed.  The original CRX achieved similar performance to the modern interpretation (CR-Z) not because of batteries, electronic gizmos & fancy wheels – but because it lacked these heavy and worthless additions.   Most CRXs have been lowered, pimped, rat-rodded and turned into Horrorods, so it is great to see one in original and stock condition.  Find this 1985 Honda CRX Si for sale in Traverse City, MI for $4,000 via craigslist.  Tip from Art C. 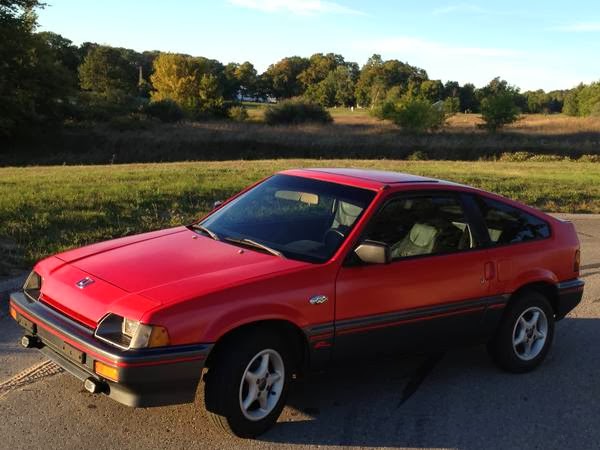 The CRX was powered by a number of small 4-cylinder engines, and although the US spec Si wasn’t as powerful as the European/Japanese version, at least it made a few more ponies that the basic model.  This one has the most powerful US spec engine, the EW4, a fuel injected SOHC 1.5 liter good for 91 horsepower.  The current asking price doesn’t seem out of line for a mostly intact early CRX, but this one has received a “home” paint job, some unspecified interior work, non-stock wheels and curious front fender badging…so caveat emptor, as always. 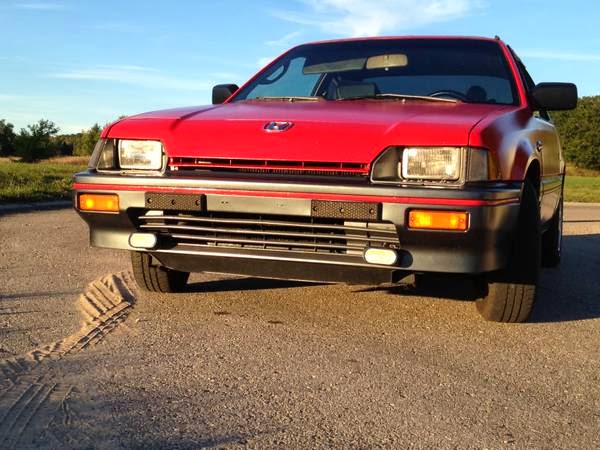