The MGB was a basic 2 seat sports car from Morris Garage and had a remarkable production run from 1962-1980.  Many upgrades were made to the MGB in those years, none has visually striking as the GT hardtop version designed by Italian design house Pininfarina and released in 1965.  Find this 1969 MG MGB GT hatchback in nice condition, offered for $7,500 via craigslist in Temecula, CA. 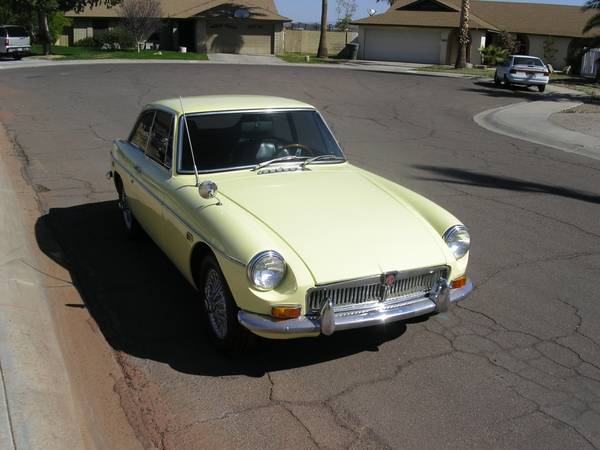 The chrome bumper GT is our favorite styled MGB and this one is offered covered in a recent respray of what looks like Pale Primrose, a pale light yellow that was available in 1969 as MG color code BLY12.  Regardless the seller offers little information other than to say it is “very clean.” 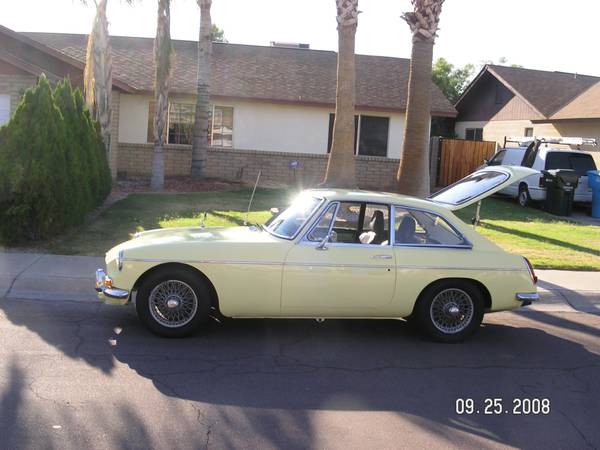 All MGBs (except the GT V8 version) are equipped with BMC’s B-series engine, in this case a 1.8 liter OHV 4-banger that pulls 95 horsepower and 105 ft-lbs of torque thru a set of twin SU carburetors.   The B-series engine is known for its simplicity, reliability and generally not causing any panic from its owners. 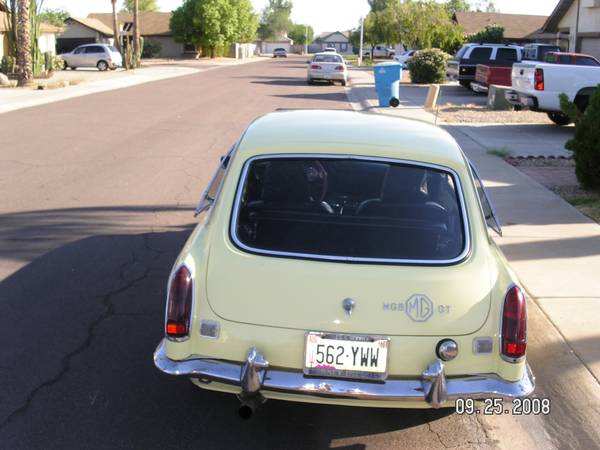 We really hope the date code on the photos is a mistake and the seller isn’t using 5 year old photos from an instant camera, but we’ve seen weirder stuff on Craigslist and wouldn’t be surprised.   What would surprise us is if this car runs, drives and looks good; and can make the next owner a happy man/woman.  Perhaps this would be the car to get to run the upcoming Targa California?