The Oldsmobile Jetstar I was only produced for two model years, 1964 and 1965–it was a lower option version of the Oldsmobile Starfire and meant to compete directly with Pontiac’s Grand Prix.  The 1965 Jetstar rides on the Oldsmobile 88 B-body platform and was only available with a colossal 7.0 liter V8 pushing decent power.  Today you don’t see many of them on the road, but this project is really cheap for anything with two doors and big block power from the mid 60s.  Find this 1965 Oldsmobile Jetstar I offered for $3,000 in Los Angeles, CA via craigslist. 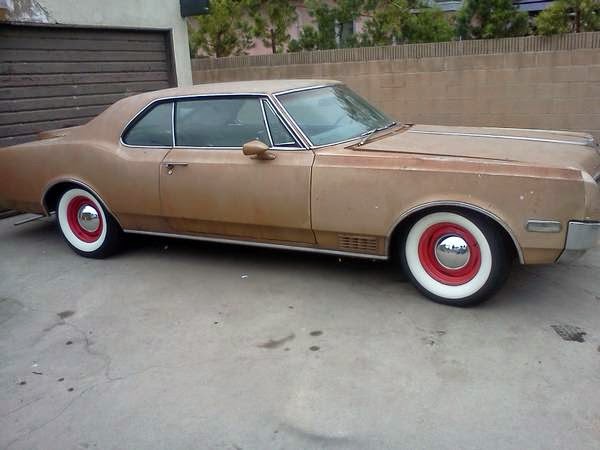 Tipster Rich gets it right when he says:

If I weren’t married, I would at least make a call on this thing to find out what that rust above the windshield is all about. The brake vents on the front are original,
not stick on crap (though I doubt they vent anything). And Wikipedia
says the 425 Rocket made 370 hp and 470 foot-pounds, with a 10.5:1
compression ratio, in the Jetstar. Maybe the dude just parked it after
leaded gas was banned, and used it to store drywall.

Somebody please buy it, melt those horrible wide whites off those ridiculous wheels, then clean it up. 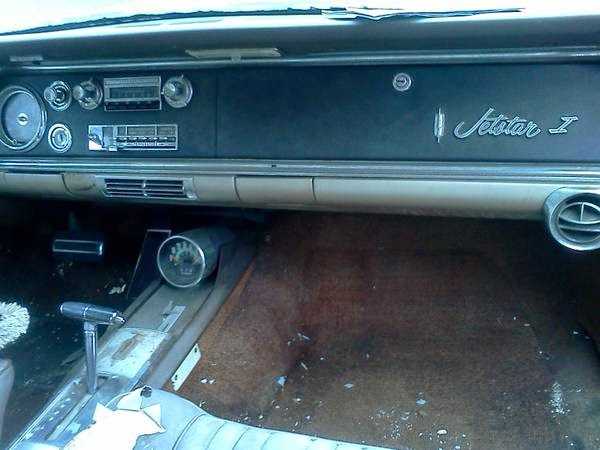 One of the biggest problem with this advertisement is that there are no pictures of the front or rear or enough of the interior to see ANYTHING about this car.  Its a 425 with bucket seats and that is about all you get to know about it.  The front/rear could be crushed to oblivion and it could be gnawed to death by a shepherd mutt mix. 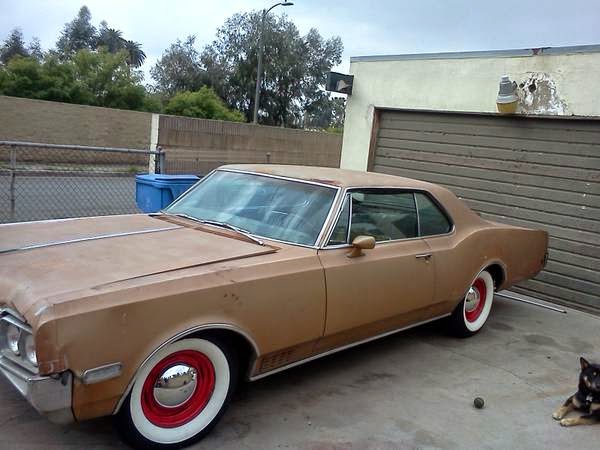 Want to take your chances on a big block classic that could be a great deal?  tips@dailyturismo.com