The Pontiac Fiero was a 2-seat economy sports car built from 1984 to 1988.  Early cars used a Chevy Citation rear end and puny 4-cylinder engines (the indestructible, but low powered iron duke) – generating due scorn for pathetic handling and performance characteristics.  However, the later cars received a much improved tri-link rear suspension (not designed by Lotus no matter what the many Fiero forum fan boys say) plus V6 power, and today’s feature takes that formula up a notch.  Find this 1985 Pontiac Fiero GT with 4.9 liter Cadillac V8 power for sale in Cypress, TX for $7,000 via craigslist. 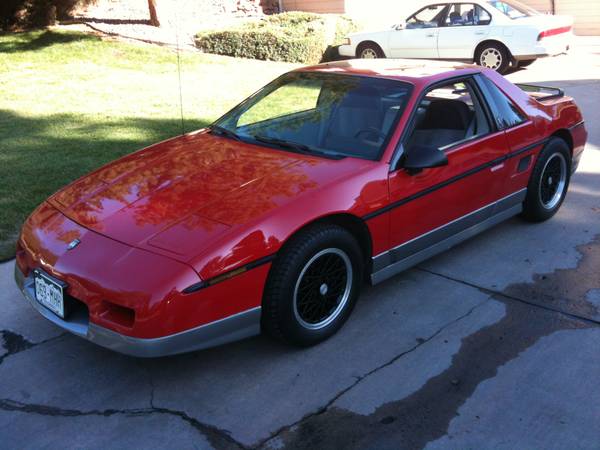 This Fiero isn’t just a hacked up V8 swap, it also uses the entire rear end assembly from a 1988, so it should handle better than the stock ’85, which is to say, still worse than a Toyota MR2.  The paint on this one looks good in the photos, but pay close attention for spider cracks in the bumper elements, as they are plastic (like the rest of the car) and susceptible to paint damage from someone leaning on the body panel. 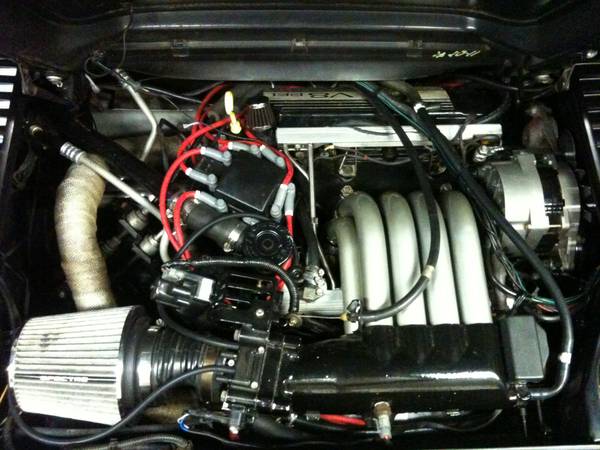 This 4.9 liter Cadillac engine originated from a 1991 front drive DeVille, so it is the HT-4900 and should put out around 200 horsepower stock, although the seller has added an intake manifold that he claims is good for a few more ponies.  Doesn’t seem like much of an upgrade, except that it adds 80 horsepower and 120 ft-lbs of torque over the Fiero’s V6 engine. 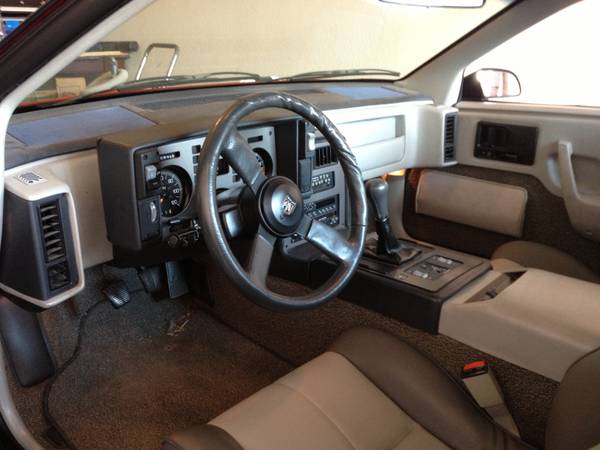 This Fiero kept its 4-speed manual gearbox and uses a selection of different gears from a few available transmissions to give better performance and highway fuel economy with the low-revving lump of a Cadillac engine. 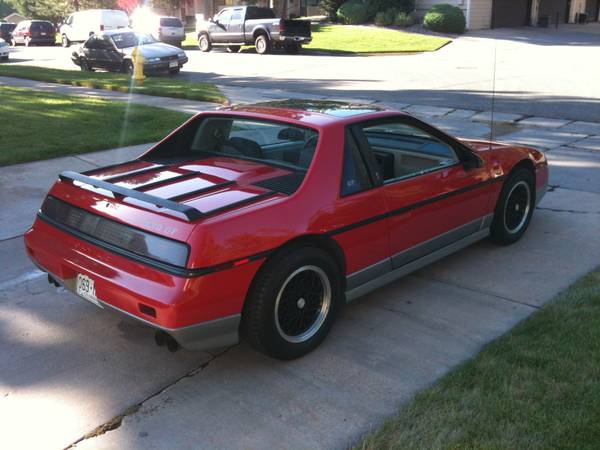 The asking price is much higher than even the nicest Fiero will command, but you would have a hard time building the same thing for the asking price…not that you would want to.  See a better V8iero? email us here: tips@dailyturismo.com