Tipper Oldsmobuick sent us a few good links to classic inline-6 Dodge Dart survivors and instead of picking one to post we figured this would make a great opportunity for our readers to choose.  These aren’t going to win any beauty contests or make it past the curators at the Peterson Automotive Museum, but you could comfortably haul your family to the museum on a weekend to look at a few classic Ferrari’s while their owners take the bus because their car is stuck in a museum.  See how that works out for everybody?

The original Dodge Dart was introduced in 1960 to fill the gap left in the Dodge dealer showrooms by the recently vacated Plymouth brand that Chrysler had decided needed its own dealer network.  By 1965 the Dart was in its third generation and had lost the big 50s era chrome grill and looks like any typical American sedan built circa 1965. 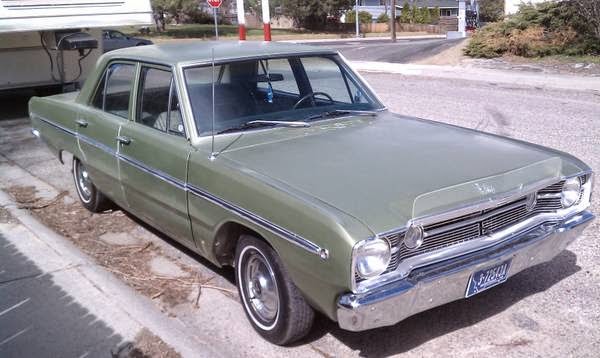 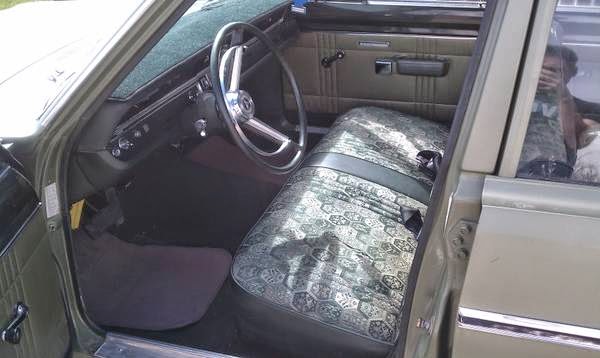 The seats are covered in some kind of trip-tastic floral pattern, like something found on a hanger at the Goodwill.  The seller states that the car has never run ethanol which at first may seem like a silly thing to say, but some folks believe that E10 (10% ethanol) that is common in gas stations around the USA is bad for some older engines.  It probably doesn’t matter what kind of gas you run, but it is indicative of an owner who sees the car as something more than a disposable appliance and probably gets his oil changed on time. 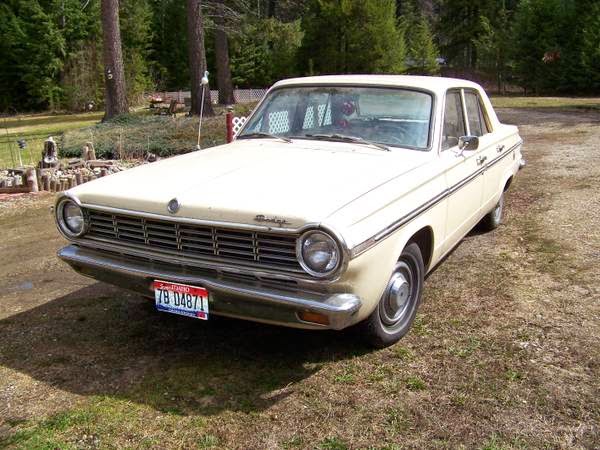 This next Dart is a 1965 Dodge Dart offered for $3,300 in Oldtown, ID via craigslist.  Power also comes from a slant-6, but the seller does not specify if it is the base 170 or larger 225. The one thing the seller does say is “Slight body rust, with a little work it would make a beautiful show car.”  This is like saying that “human feces makes a great facial scrub;” but only after pooping in a hole in backyard, planting an apricot tree in the hole, waiting for the tree to mature, harvesting the apricots, mashing them into a paste and mixing up your own version of Fresh ‘n’ Clear Apricot Morning Scrub ™. The car (like the Apricrap scrub example) requires significant time, money and imagination. 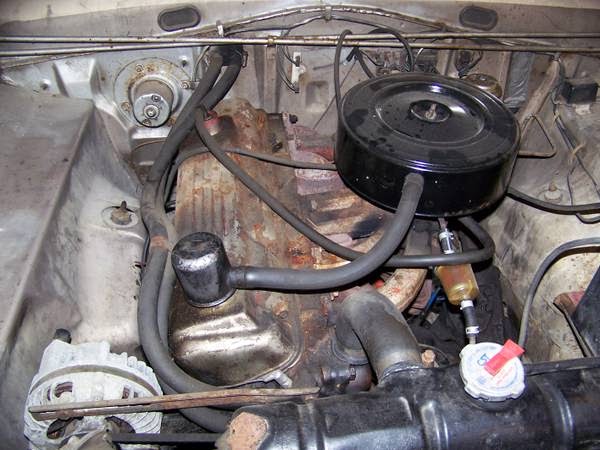 This Dart won’t need much to make it a casual classic, something you can drive to the Friday afternoon car show or cruise to the beach for an afternoon.

Which one would you pick?