We scour the internet looking for car deals.  Each of us has our favorite sites and search engines that we use trying to find our unicorns.  I tend to prefer Ebay over Craigslist just because eBay’s search features are so much better, even though I have to constantly keep an eye out for shill bidding on eBay.  I have developed a higher confidence level in the people I’m potentially dealing with on eBay and remain leery of what’s lurking in the Craigslist world (too much time in the Detroit suburbs I guess).  This post is more of a comparison of the feature differences between Criagslist and eBay, but I was lucky enough to stumble across a really nice car that’s featured on both sites. Find this 1993 Mercedes 400 SEL with just 43,000 miles listed both here on Craigslist and here on eBay

. The seller is asking $6,500 on Craigslist (which we’ll assume is his Buy-it-Now price) with bidding currently at $5,201 on his no reserve Ebay auction which will be at the end of the business day here in CA. 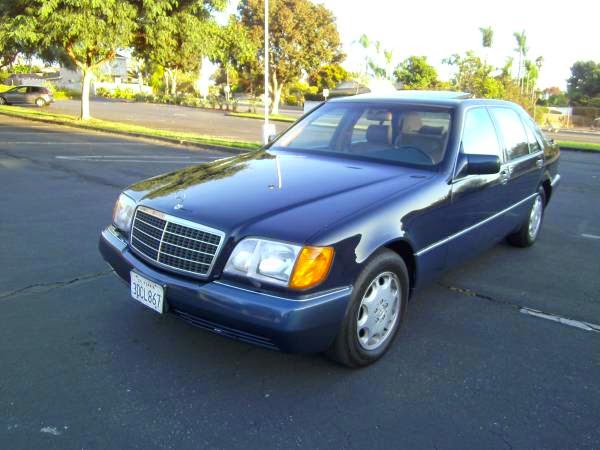 If you follow the links you’ll find that the shots of the car are nearly identical on both sites, but you will also notice that the eBay pictures offer a much higher resolution. You can also scroll through the eBay pictures below the ad text, making the car much easier to evaluate. 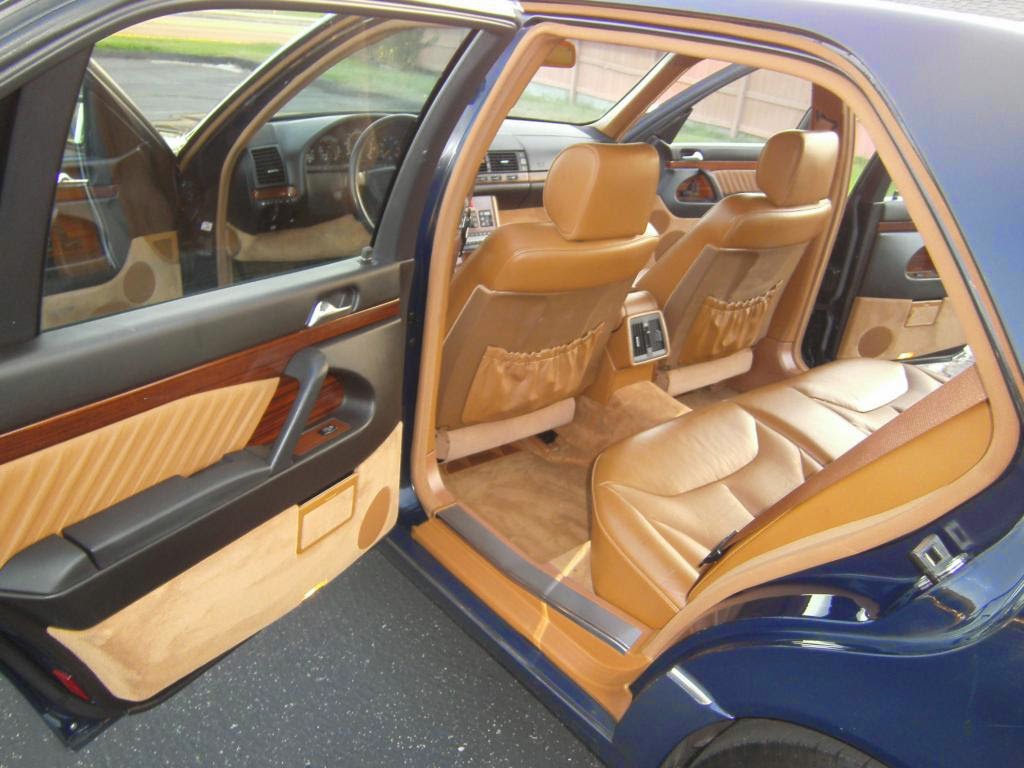 The W140 Mercs are something of a cross between a Tiger tank and a magic carpet.  This SEL can take (or give) quite a punch and its huge back seat will provide four people with one of the best highway cruising experiences ever offered up by any manufacturer. 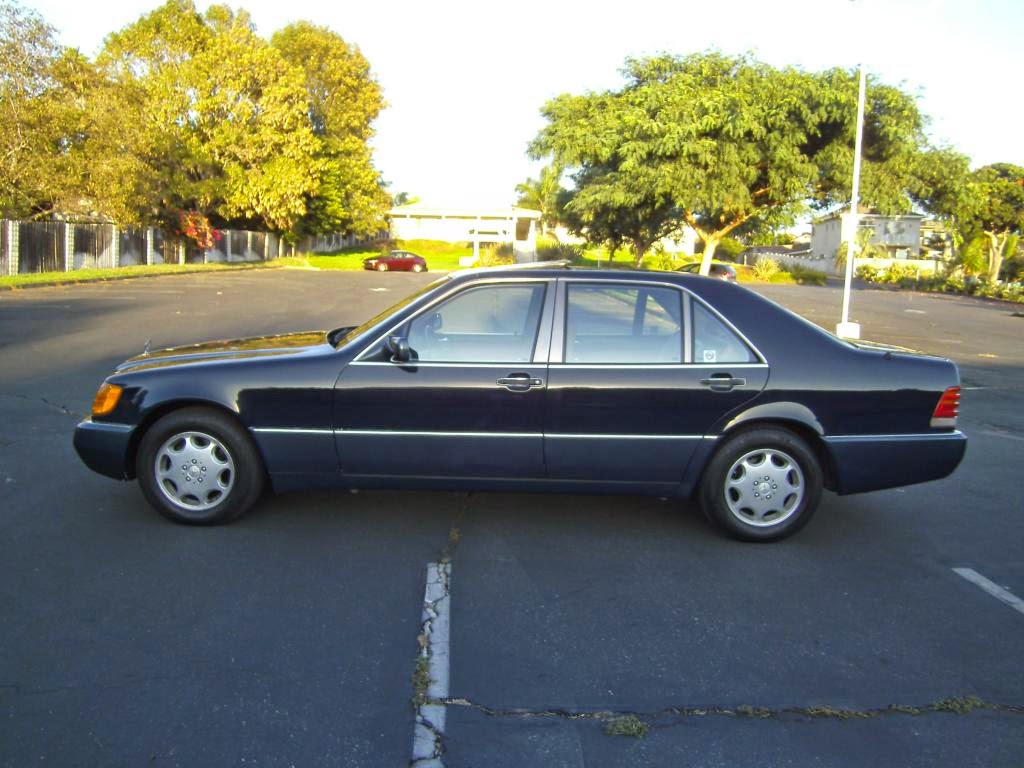 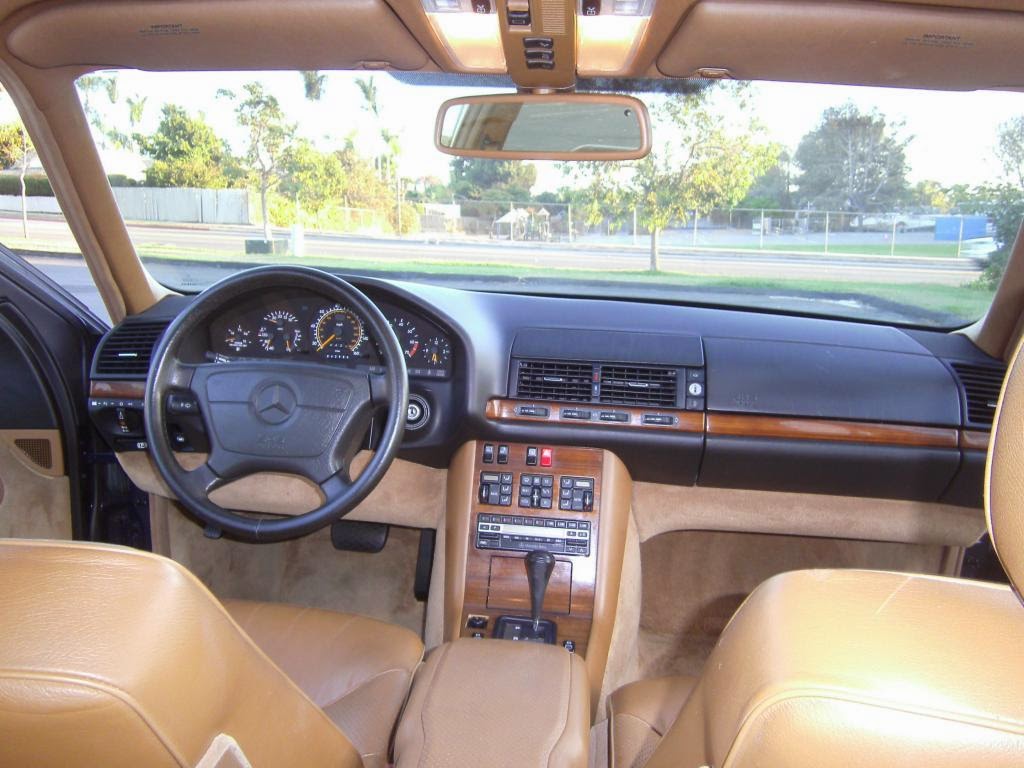 With the basics of the car’s merits and price out of the way, let’s dig deeper into the differences between Craigslist and eBay. I’ve heard a lot of people complain that eBay allows the seller to remain relatively anonymous, hiding behind a username.  While that is true, eBay offsets that nicely by providing a lot of additional information about that seller’s transaction histories via their feedback.  In the case of this seller, he’s sold a couple of cars and has gotten good reviews.  Two complaints which sounded more like sour grapes than anything else, about deals that didn’t go through. 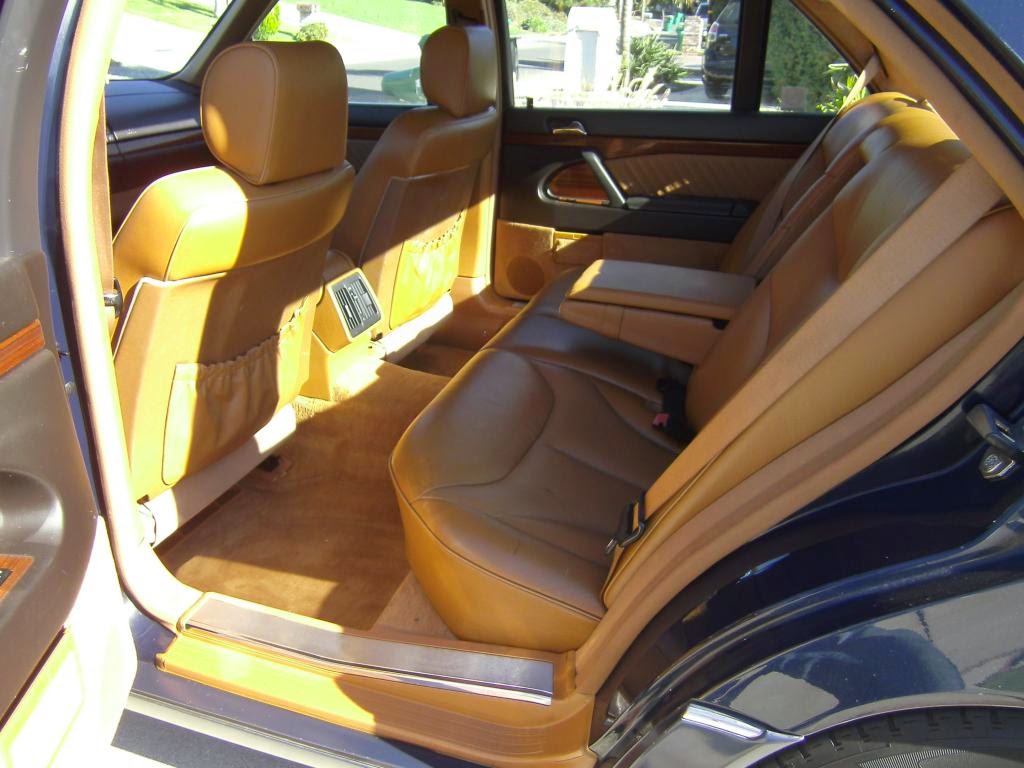 With that said, in this example, the higher marks (reluctantly) go to Craigslist because the seller’s phone number (rather than some obscure email link) is shown, opening the door to all sorts of other information for anyone using Google.  A phone number can yield tons of extra information like other cars they’ve sold and even their resume and current email address.  Armed with a real name and address, I always jump to Facebook to see if I can put a face to the name.  In this case the seller appears to be pretty legit.   He’s making a living selling cars which means he hasn’t had this car for long, but hey…. he found it, it’s just up to you to decide how much you want to pay for it. 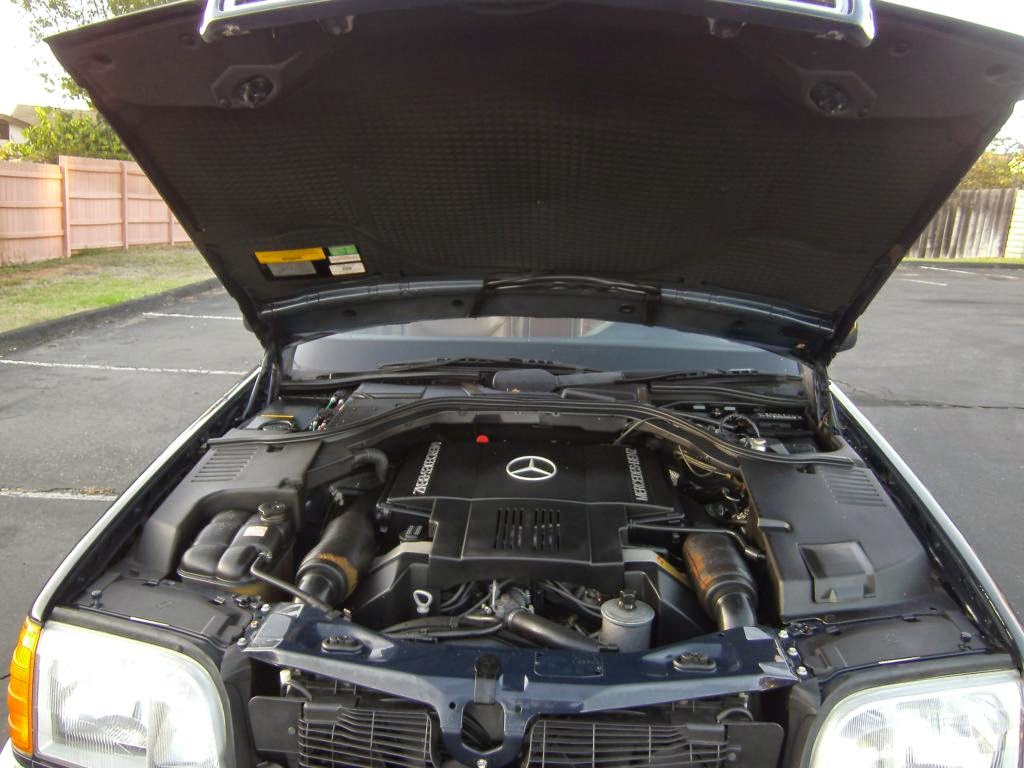 Still not convinced that eBay is the way to go? Try this, there’s a great little widget called eBay To Go.  This widget is useful in that it shows the number of views an auction has received. eBay To Go is not available for Craigslist ads.

I tend to be an emotional buyer.  When I find something I like, I immediately suspect everyone in the world is going to grab it out from under me, causing me to run to the seller with all the money I have.  The eBay To Go widget snaps me back to the market reality.  This is a 21 year old car that’s competing in price with totally worn out Honda Civics. As you can see above, there aren’t many people looking at it, so I’m not that concerned about the price escalating into the stratosphere, or that five people are working this seller on the phone.

Still not convinced… eBay requires that the car’s Vehicle Identification Number be included in their listings.  This allows the prospective buyer to do more research on the car. In the case of this car, it’s interesting to note that the seller has also included a picture of the door tag, showing the VIN in his eBay listing, but that picture is absent from his Craigslist ad.  Come to think of it, sellers seem just as leery of Craigslist as buyers are. 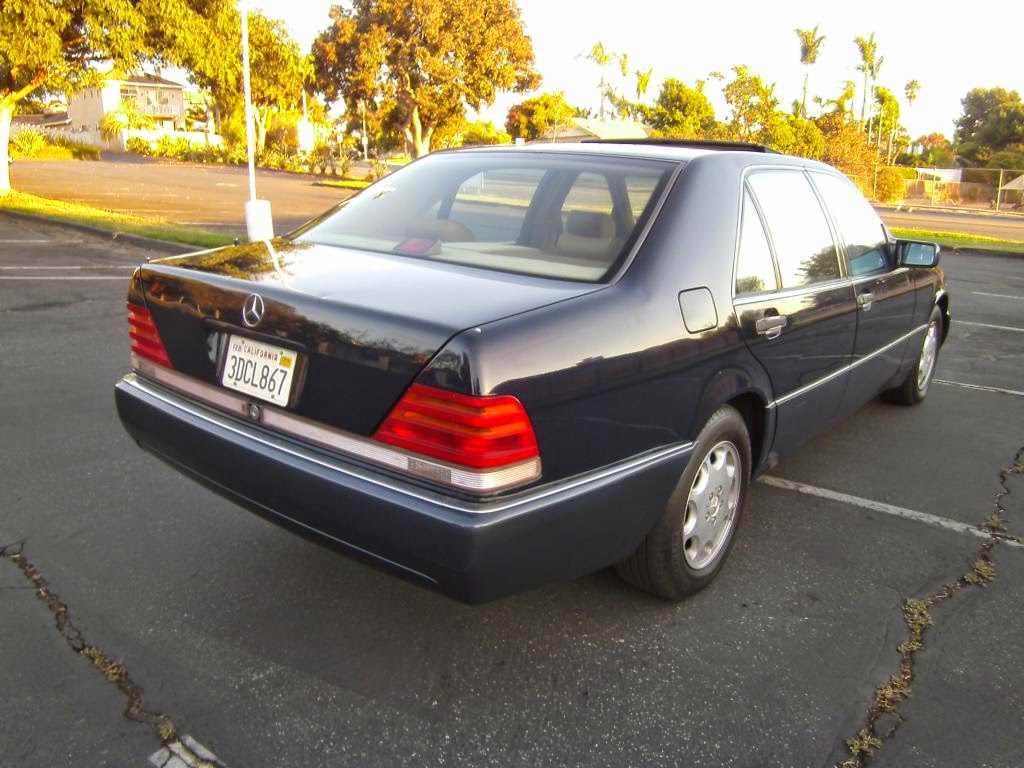 This Merc-o-lounger appears to be a good buy if the auction doesn’t jump more than another $400 or so, but the timing isn’t right for me on this one.  If I were to pursue it, I’d be using the information I gleaned from both ads, contacting the guy by phone to arrange a test drive and inspection, but I’d bid it through eBay, hoping to score the car at the lowest possible auction price, rather than haggling over the phone.

Here’s another little secret.  This isn’t the first car that I’ve seen this guy post on Craigslist.  He just recently sold another extremely nice 100k mile  SEL that was a few years older than this car but it sold in just a few days for about what this one is currently bidding at on eBay.  When the time is right, I’ve now got his name and phone number and will definitely give him a call.  I’ve also started following his as an eBay seller so I can keep track of what he sells between now and then.  He clearly knows his way around the local Mercedes market and can most likely find me a clean one.  After all, I’ve seen it on his resume.

Give us some of your favorite search tips below or email them to us here: tips@dailyturismo.com

10k: Pacer of the Apocalypse: 1978 AMC Pacer Restomod What Am I? Mission Unpossible Edition