The DeSoto division of the Chrysler Corporation got its name from a long dead Spanish conquistador, Hernando DeSoto, who was the first European to cross the Mississippi River. Like its namesake, the DeSoto brand was a pioneer and during the pre-war period it introduced the first powered pop-up headlights.  They both died young, Hernando when he was 46 on the banks of the Mississippi River and the DeSoto division at 33 when Chrysler decided they couldn’t maintain two mid-level brands and kept the Dodge name.  However, a number of cool cars left the DeSoto factory and one of the last was the full sized Firedome.  Find this 1954 DeSoto Firedome sedan with Chevy V8 located in Hanceville, AL currently bidding on ebay for $2,025 reserve-not-met with 4 days to go. 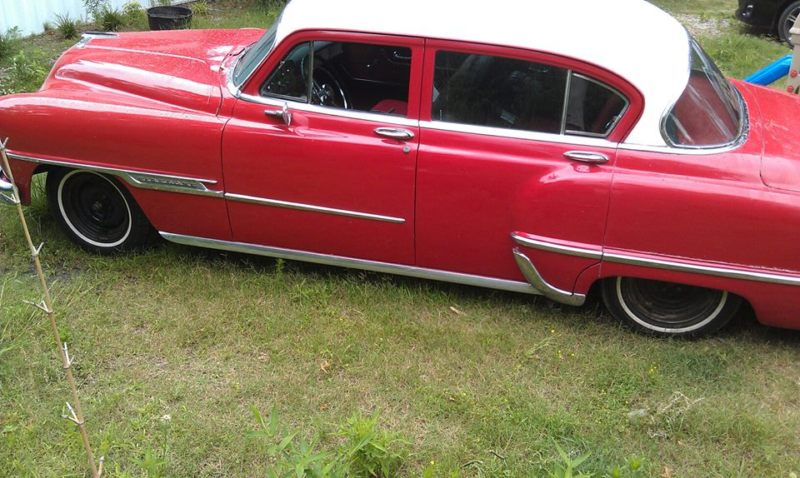 This Firedome has been modified by its owner over the years and includes a small block Chevy powerplant and turbo hydra-matic 350 slushbox transmission.  The seller also mentions that “the rear has been lowered(the right way) for the motor boat look.”  If you are into that kind of thing… 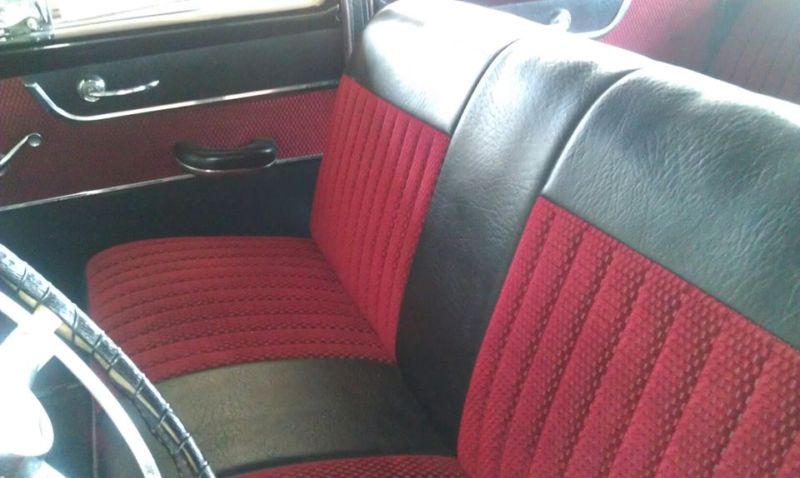 The ad contains limited information, but it does include one interior photo that shows a nicely preserved or (likely) restored set of seats.  Unfortunately the seller didn’t take enough photos or include enough information for a remote buyer to make an informed decision…which oddly enough makes this car a potential bargain because many folks won’t bid on something like this.  It could also be a total nightmare, so we suggest an in-person inspection or many detailed phone conversations with the owner.