If your little girl says to you “Daddy, I wanna be a bat” — you have little choice, but to lift her by the ankle and dangle her upside down like a bat.  If you happen to be wearing suspenders/hat and standing on the roof of your Volvo wagon, the end result might look a bit like a hybrid of Elvis Costello & Michael Jackson, and that could be a good thing.  Find this 1975 Volvo 245 wagon with newer turbo engine offered for $5,000 in SF Valley, CA via craigslist. 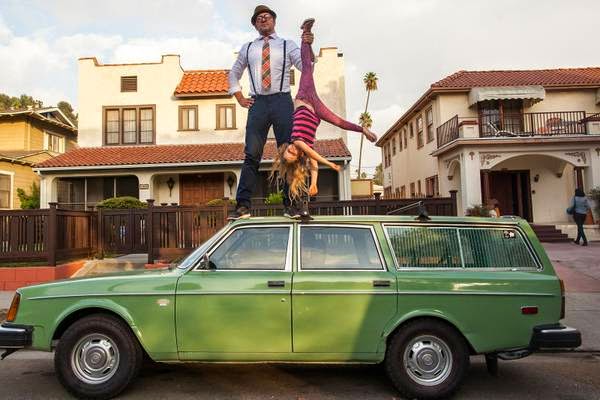 Normally when I see a picture of someone dangling a child upside-down about six feet above asphalt, my first reaction is to call Child Protective Services, but in this case, I read the ad first.  Once I found out that it was a smog-exempt 245 wagon with a later turbocharged engine, my inclination is to first call the seller, buy the car, and then call CPS. 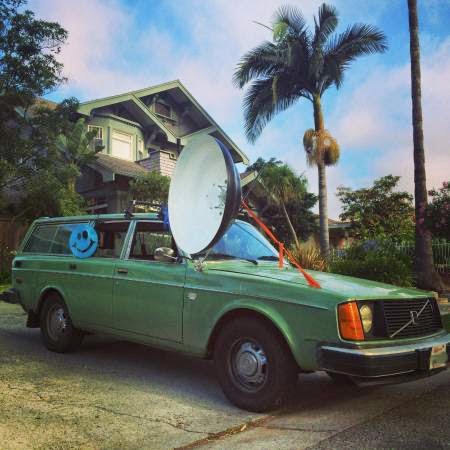 Since the seller included only two pictures, this is where the story typically ends and we write something witting about “see another way to be an upstanding citizen”…but unfortunately for all involved, the story doesn’t end here.  See that thing on the hood of the Volvo.  That is a giant flash bulb.  And an anonymous source told us the seller uses it for candid pictures he takes when roaming around the city of Angels.  Let’s take a look at some of those shots from the seller’s tumblr acct (I must be getting old, but I swore a tumbler was something to keep my hands from getting scotch on them…but the kids say otherwise.) 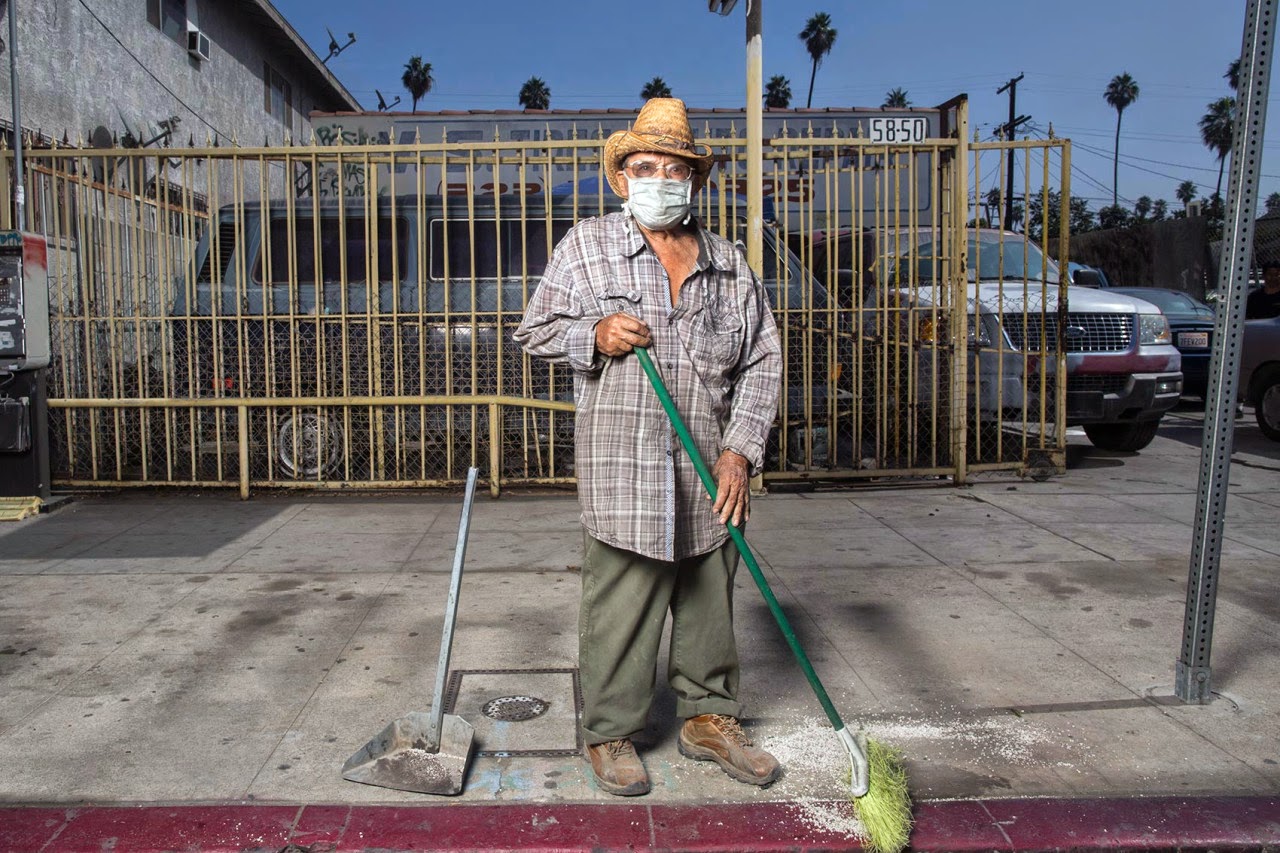 It starts out innocently enough, a dude cleaning up who knows what while wearing a particle mask.  Just another day in Los Santos… 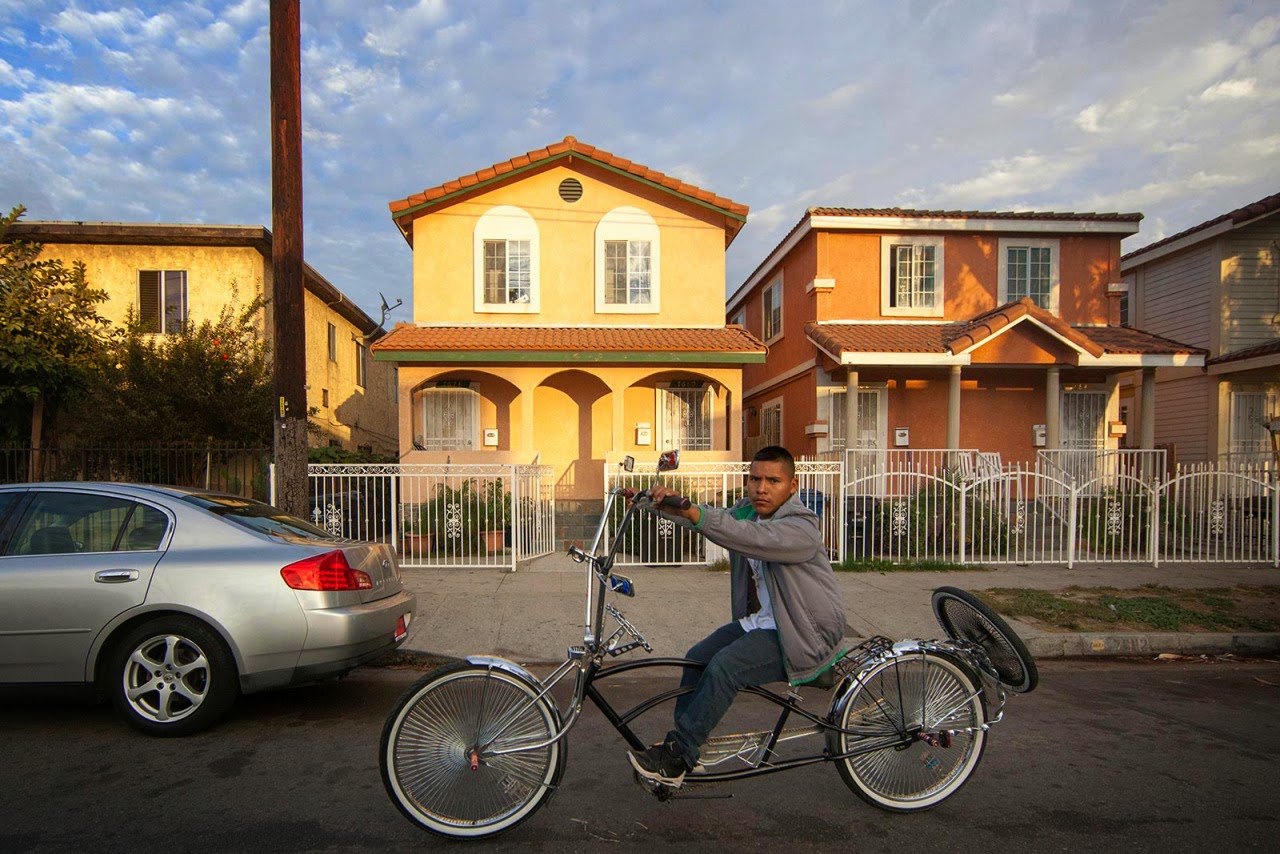 Next we get the obligatory picture of a dude on a lowrider bicycle.  Lookin’ good.  I’ll skip by the picture of the lady emptying her bladder into the gutter for the sake of the children, but you are starting to get the flavor. 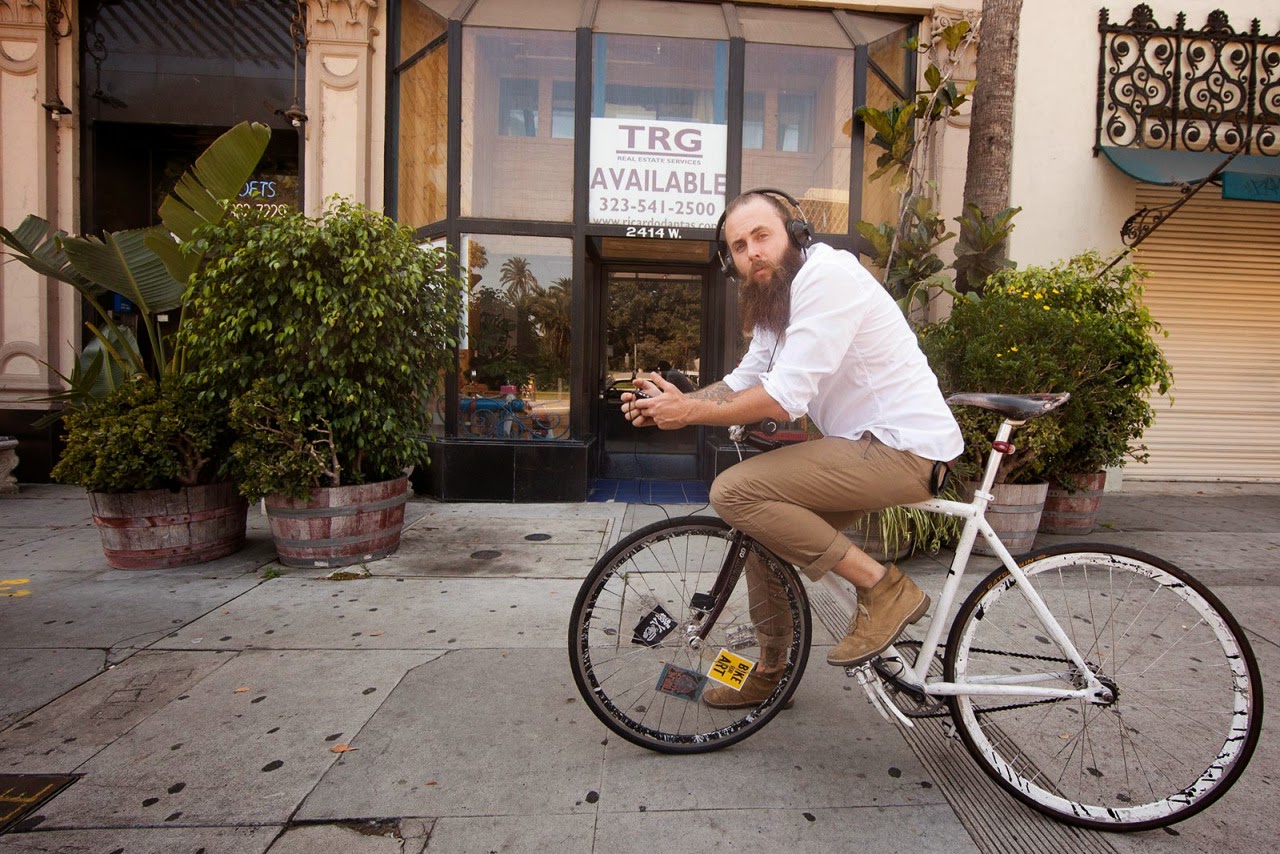 A bearded dude on his way to a job (probably) doesn’t mind having his picture taken. 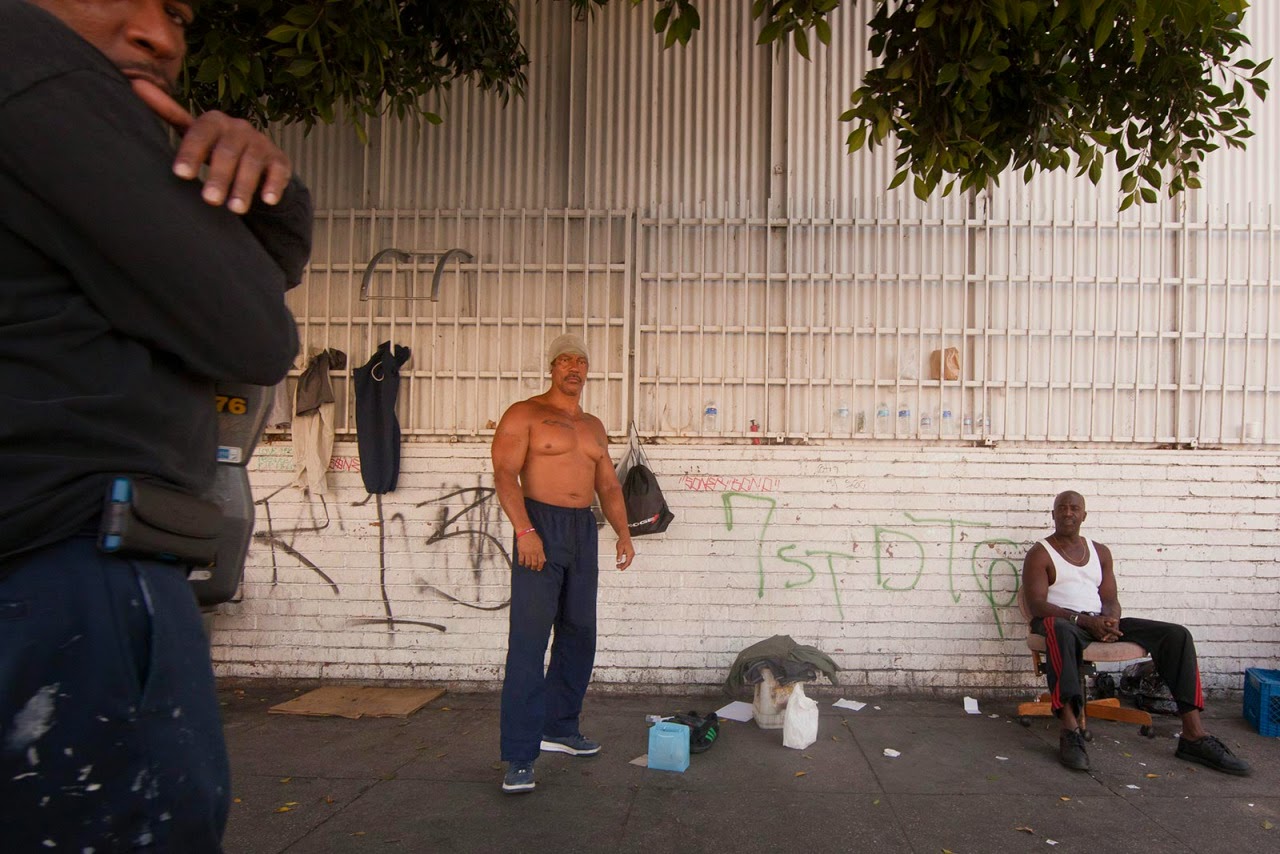 But these dudes look a little nonplussed.   Perhaps it is the fact that he is about to get his  retinas toasted with a flashbulb with the lumen output of a NATO issue flashbang, but that shirtless dude looks like he might give the photographer a whoopin if he the Volvo gets caught in traffic.  Fortunately the temporary flash blindness should keep muscles from tearing the hatch from the car while you drive away. 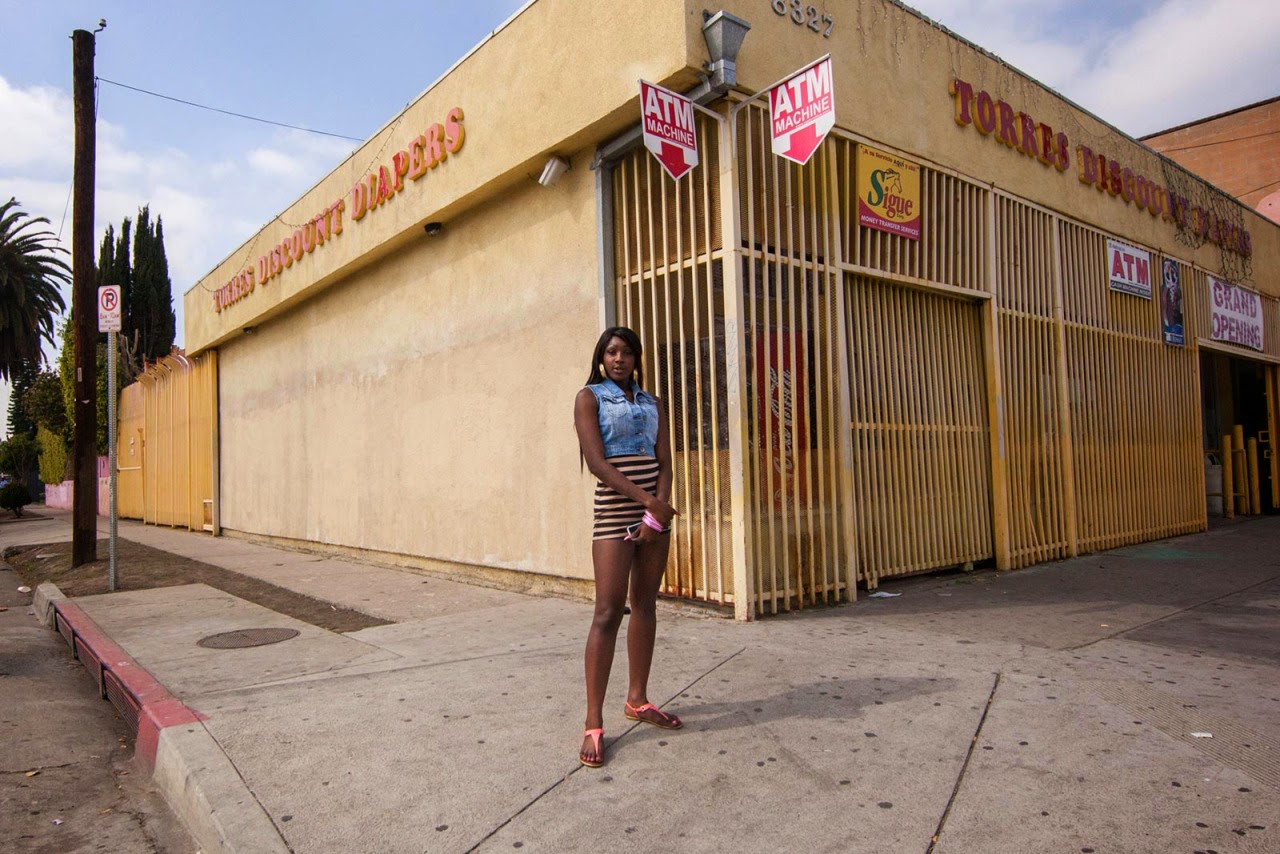 The pictures end up looking cool because the giant flash bulb helps to emphasize the subjects nicely.  Here is a lady wearing sandals. 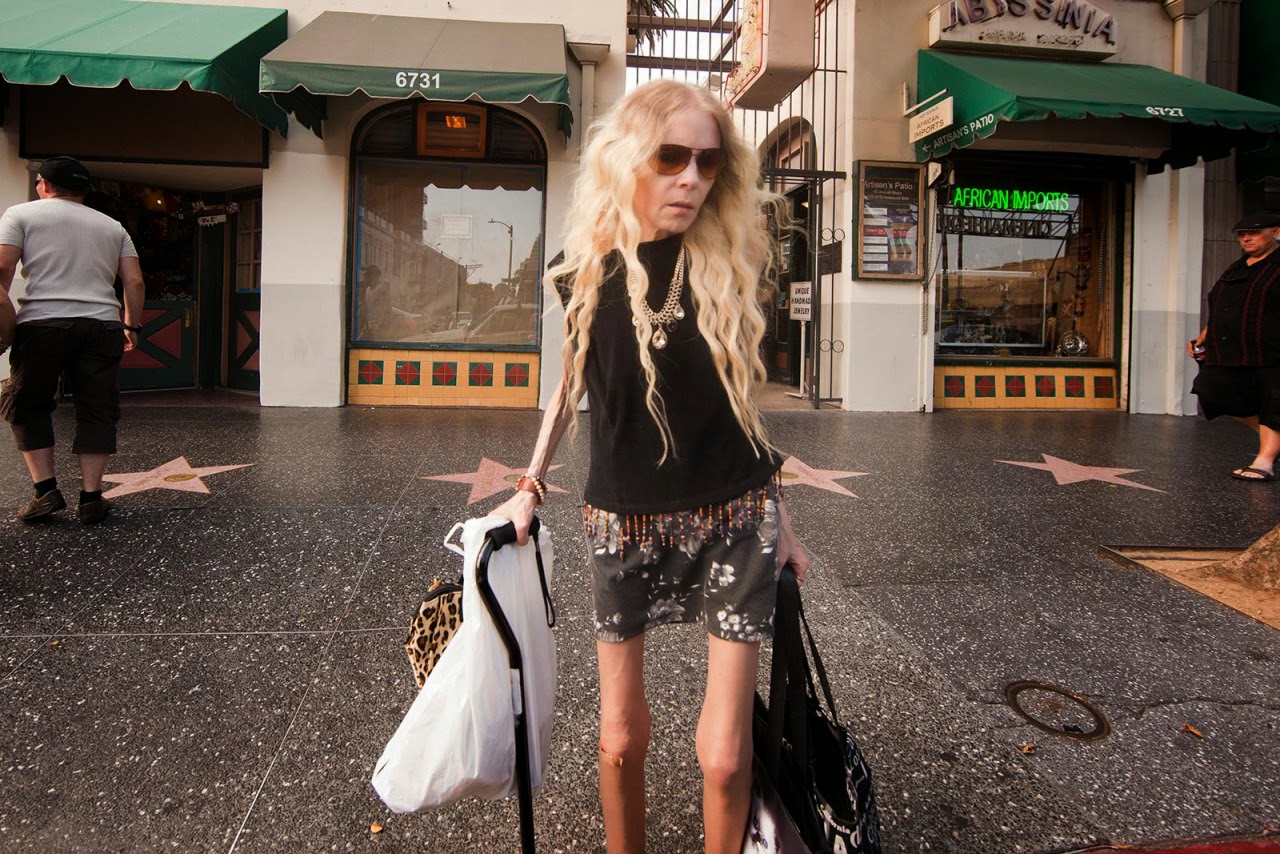 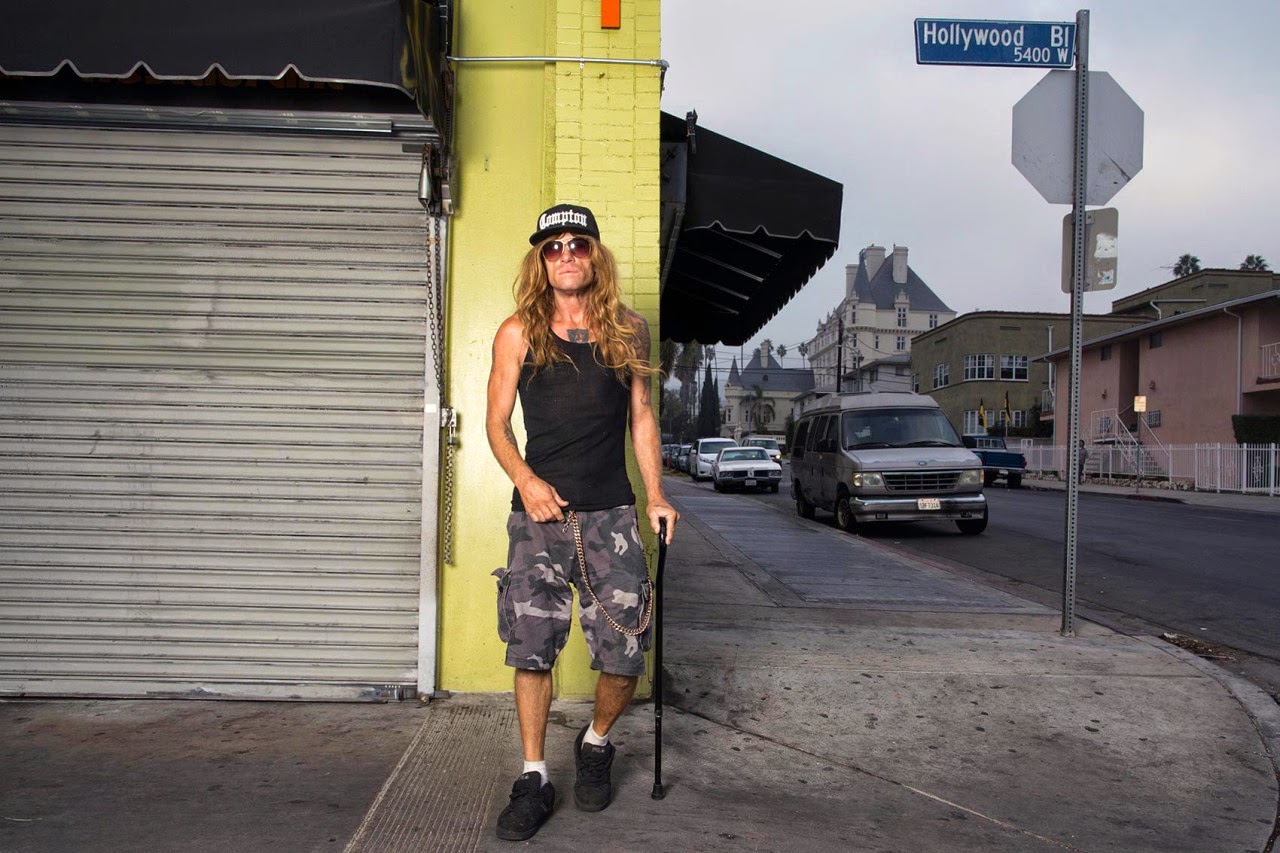 Just head over to the seller’s tumblr link here if you want to continue this exhibit. See a stranger vehicle for taking pictures of strangers? tips@dailyturismo.com