The 3rd generation (W30) Toyota MR2 Spyder was the last version of Toyota’s mid engine runabout to be sold anywhere in the world.  It was a decent handling little car and I recall driving one new at a dealer’s lot back around the year 2000; it was light and superbly balanced. The only finger that can be pointed squarely at the MR2 was that it didn’t have the thrust from its 138 horsepower inline-4 even when the Celica had a 190 horsepower 2ZZ engine in the GT-S model.  Thankfully, folks have figured out that this swap is easy to do and suddenly the little MR2 has proper power to match its open mouth “wow” facial expression.  Find this 2000 Toyota MR2 2ZZ Swap offered for $7,500 in Austin, TX via craigslist. 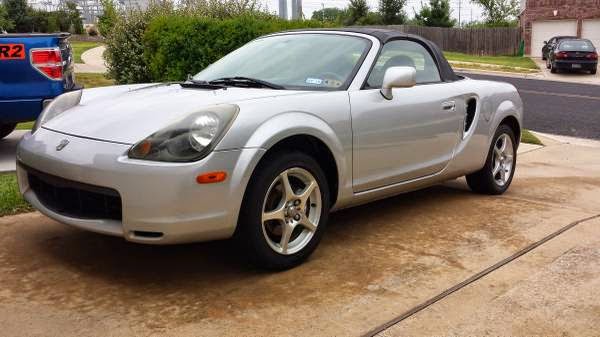 Conspiracy theorists will say that Toyota never put the 2ZZ into the MR2 Spyder because they were selling them to Lotus for the US spec Elise.  With the bigger engine the MR2 Spyder would have been just as quick as an Elise with a fat passenger, but I can’t imagine any sales would have been cannibalized from something like the Elise or if Toyota would have held back based on cash from a few sales to Lotus for the engine. 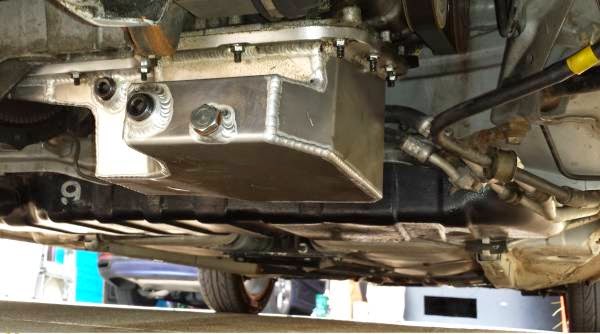 The engine you see in place of the original 1.8 liter 1ZZ-FED rated at 138 horsepower is the 2ZZ-GE from a Celica GTS rated at 180 horsepower.  Both engines are dual overhead cam 16-valve engines with variable valve timing, but the 2ZZ has a second higher lift cam profile at high rpms. 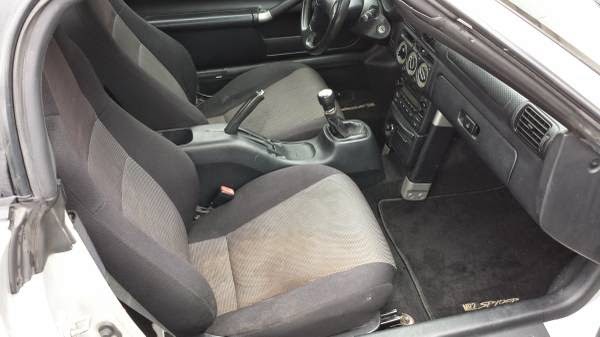 The interior looks grungy in the photos and the passenger seat really looks like someone had an embarrassing accident while riding shotgun.  The seller surmises that coffee was spilled on it, but I think VVTL-i kicked in yo and the passenger wasn’t expecting it. 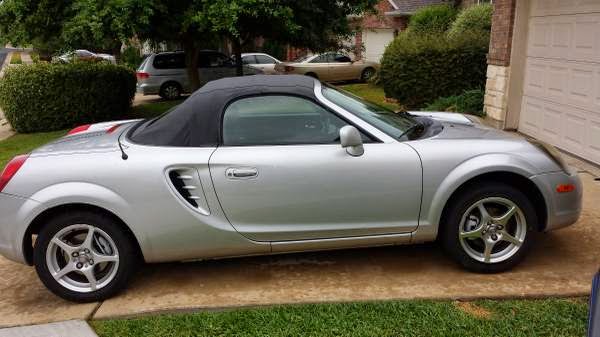