Just 11 years ago, the car you’re looking at sold for ten times the
price it’s selling for today. Someone with a slide rule can measure the
depreciation curve of this Jag, which had a base price of $63,000 in
2003. The rest of us can just look at this 2003 Jaguar S-Type R for $6,900 in Pompano Beach, FL and call it a good deal. Words by DT contributor slowcarSLOW-MPGlol. 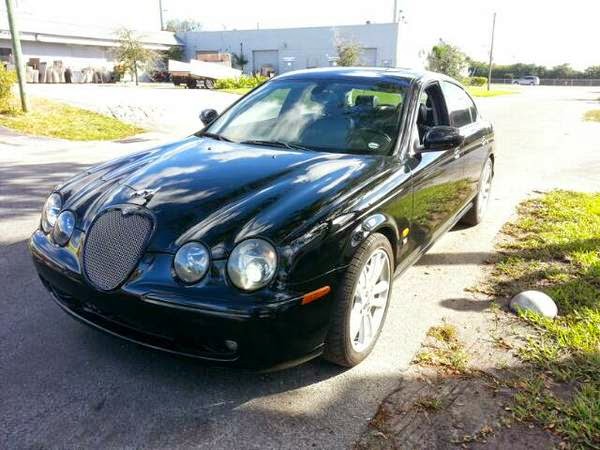 This generation of S-type could be had with an engine shared with the
Ford Taurus, or one shared (loosely) with the Aston Martin V8 Vantage.
Keep that factoid in your back pocket for future Six Degrees of
Automotive Separation games. The one powering this cat is a supercharged
version of the 4.2L V8, good for 390 horsepower and 399 lb-ft of torque
at a low 3,500 RPM. 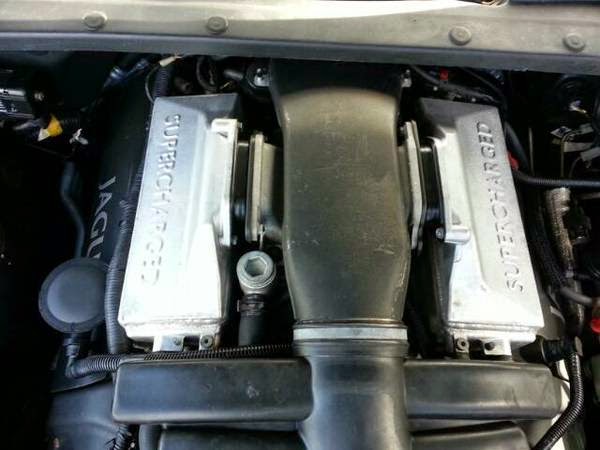 Depreciated European super sedans are tricky. You may not notice the
11-year-old touch-screen navigation (new for 2003) when you’re hitting
60 in the mid 5s. But you probably will notice any advertisement for
brake pads, as this brake-based differential eats pads like an
Wisconsinite eats cheese curds. 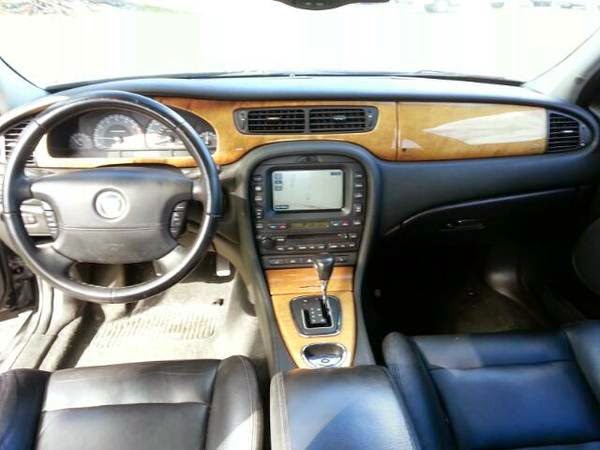 It’s fortunate to have so many pictures, because the rest of the ad could fit in a tweet. Ample pictures of this car show a well-kept black leather interior complete with blonde wood veneer. Really, the “tarted-up Ford” interior and art deco fascia may be enough to bring prices of these performance Jags down so low, even for one with just 70,000 miles. But the torque curve is flat, the soundtrack of the supercharged and twin-intercooled 90° 4.2l (up from the 2002’s 4.0) is addictive, and the slushbox is at least a ZF six-speed. Do you really want to pass up a 400 hp Jaguar, hood ornament and all, for less than the price of a used Caliber SRT-4? 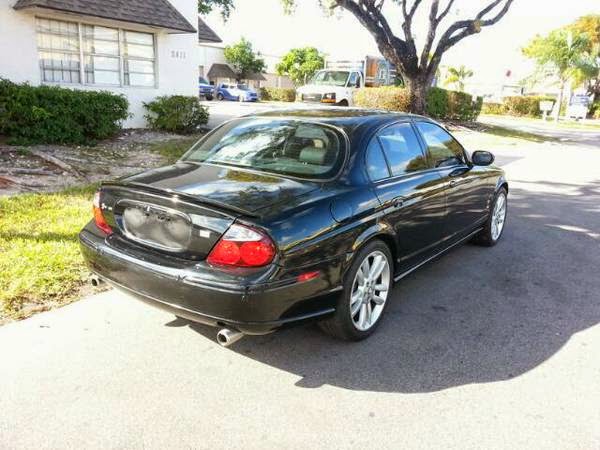 See a blown Jag for less? Email us at tips@dailyturismo.com