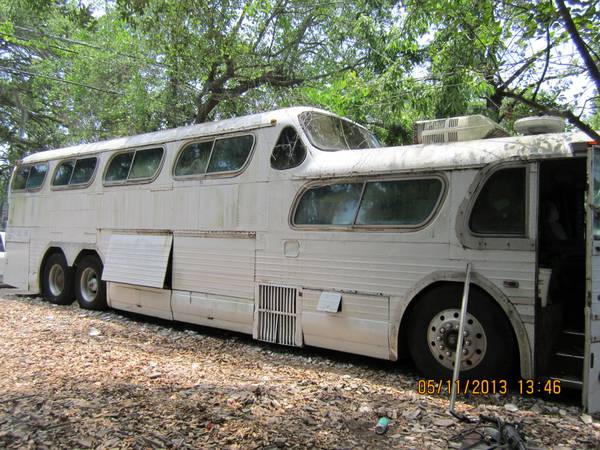 Not exactly a good daily driver, but certainly an interesting piece of metal, this 1950s Greyhound GM Scenicruiser bus has been re-titled as a 1976 GMC Motorhome and is being sold in Tampa Bay, FL for $5,000 via craigslist.  The PD-4501 Scenicruser was an aluminum sided passenger bus made by GM for Greyhound between 1954 to 1956, but has been stripped from the inside and is now a “blank canvas” according to the sellers. Chances are good that it’s still powered by a 9.3 liter Detroit Diesel 8V-71 two stroke supercharged diesel V8 screamer. What would you do with a split level RV? Park it in front of your 1950’s split level ranch? Mid Century Modern is, after all, totally “in” right now.