It was a cool autumn afternoon when Robin got the bad news.  His crime fighting friend had perished in a bizarre duck hunt accident. The caped crusader’s untimely demise did not involve actual fire arms, but a tragic accidental strangulation from the cord of the NES Zapper light gun, at least that is what Alfred had mentioned in a short phone call.  What was to become of the dynamic duo?  How could he go on fighting crime without his caped friend?  Finding another brave soul to don the Batsuit would be next to impossible, but perhaps he could assume the mantle of leader and find a new sidekick.  Robin found one of Bruce’s suits from high school and it fit perfectly, but now he needed a ride.  Maybe his Geo Tracker could be modified to do the trick. Find this 1991 Geo Tracker Batmobile offered for $5,850 near Scranton, OH via craigslist.  Tip from Rob “The Hack Mechanic”. 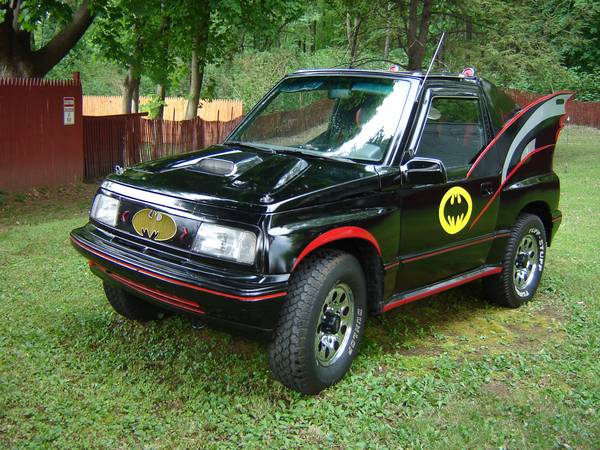 The Geo Tracker is the perfect vehicle for the superhero on a budget — even the San Diego Batman could find the cash for such a vehicle on a simple minimum wage job.  The custom bat-stuff on the side might attract a bit more attention than you might like, but it’ll let the baddies know you mean business. 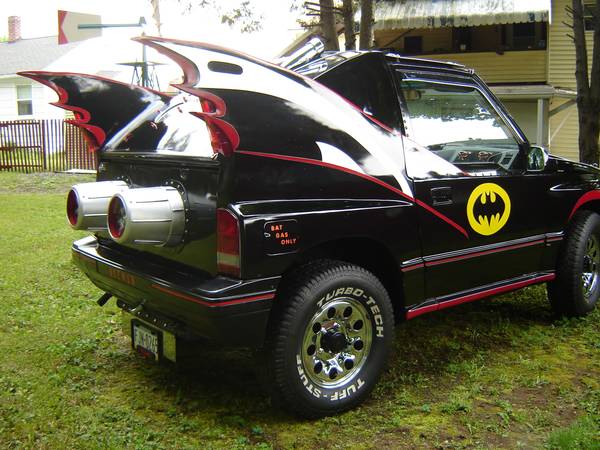 Bat Gas Only in this premium ride!  Its got the basic 1.6 liter 4-banger good for 80 horsepower mated via an automatic transmission to all four wheels. 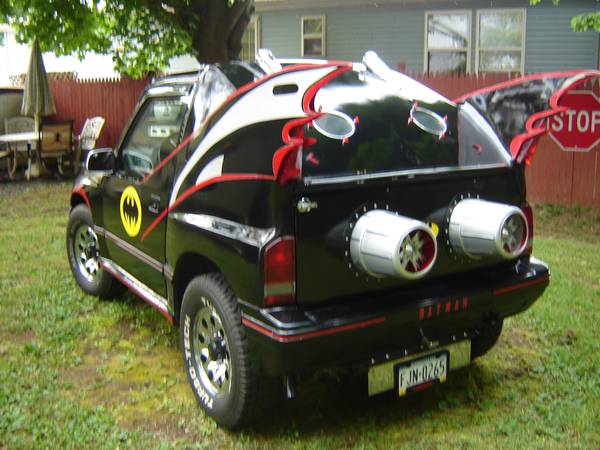