The Jaguar XJ6 is one of the legendary sports luxury sedan of the ’70s that every man (or woman) who considers himself a motorhead should own some day.
The highway manners were particularly noteworthy, close your eyes and you could hardly tell you were moving — something that couldn’t be said for many of the domestic offerings of the day, While offered in Europe with a
wide range of lesser (smaller displacement) engines, the US version was
given the the venerable 4.2 litre inline-6, an engine that is not without its charm…but…is frequently tossed aside for something from the General.  Find this 1973 JAGUAR XJ6 with Chevy V8 offered here on craigslist for $4750 located near San Luis Obispo, CA. 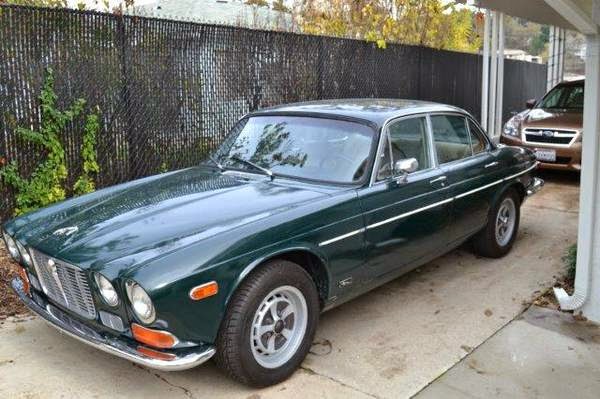 The paint looks well cared, the leaper has not yet been stolen and the visible alteration is the later  wheels. Switchgear on the Series I XJ’s may be a little too old school for some as its comprised of a series of identically shaped and spaced toggles that are tough to navigate at night.  Overall, this car’s interior looks fairly well kept, save the 70’s leather lace-up steering wheel wrap which announces that the steering wheel cracked decades ago along with the dash pad under the glove box. 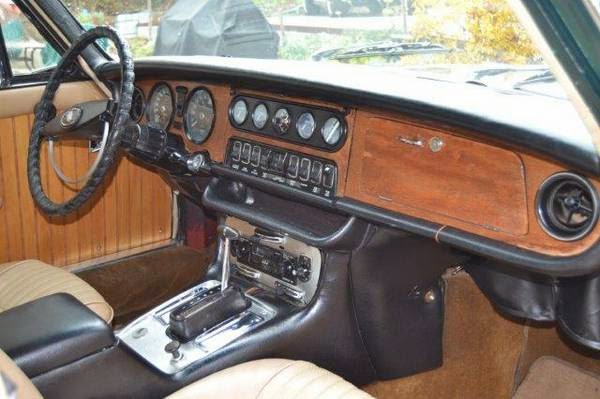 The seller mentions that this one ‘checks all the boxes’, but neglected to mention what he’s got stored in the garage, which might be of even greater interest to our craigslist trolls, perhaps some of our readers could get a head start on it in case it shows up as this week’s “What am I”. 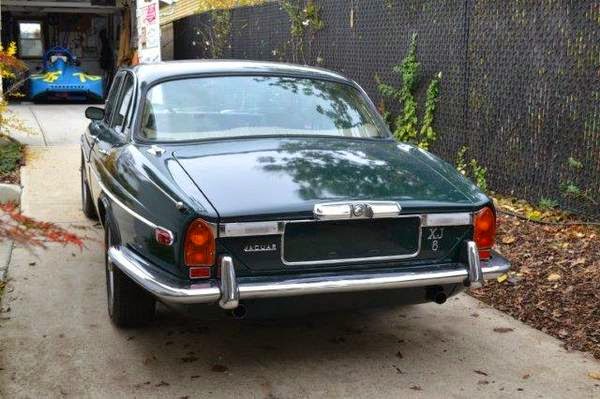 Most buyers of this car would plan on maximizing the ride of the Jaguar while enjoying the extra push supplied by the Chevy V8, which would cause this rear view to be the one offered most frequently to the curious.  See another Chebbie powered saloon for less than the price of a 10 year old Taurus, email us at tips@dailyturismo.com