A particularly interesting subculture in the Japanese car modification scene is something called Bosozuku style, which combines the radical styling with crazy long exhaust pipes (from Japanese motorcycle gangsters) and slammed looks.  There really isn’t anything quite like it in the USA, but occasionally you’ll find a car stateside that has been created in homage to the Japanese custom scene.  Find this 1995 Buick Roadmaster offered for $5,500 in Albuquerque, NM via craigslist. 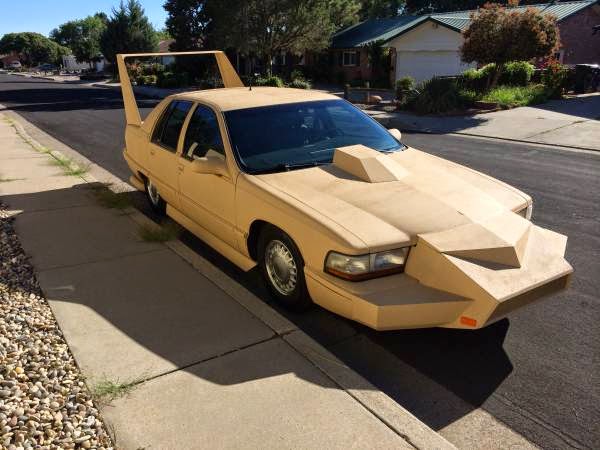 The best part about this custom is the fact that the seller says he used 12-gauge steel for the body panels.  12-gauge steel is seriously beefy stuff, over 1/10th of an inch thick and better suited to tank or battelship armor plating than a custom wing or hood on a Buick.  Each 12 inch x 12 inch square of 12-gauge sheet metal weighs over 4 pounds.  I guess you’ll need something bulletproof to survive the onslaught in the comments…but..wow…this thing is going to be seriously massive. 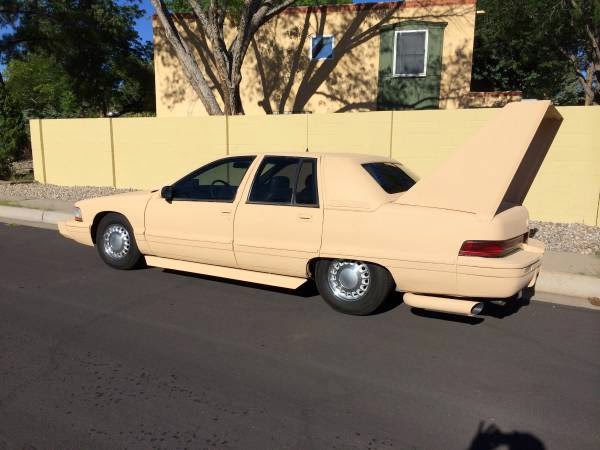 Coffee Brake: There Is No Replacement for Depreciation 15k: Soup Or Car? 1990 Porsche 928 GT