The 4th generation Chevrolet Impala is instantly identifiable by its 6 small bullet shaped tail lamps and coke bottle styling.  Unfortunately, the 4th gen Impala became a favorite of customizers who dropped the B-body onto air bags (or hydraulics) and shod it with ridiculously small gold wire rims with odd sized tires — it got to the point where driving a stock 4th gen Impala would get you extra scrutiny from the 5-0, not a good thing at all. Times change and the customized Impala rage faded into the background of the low rider scene, but it is indeed refreshing when you see a stock Impala.  Find this 1965 Chevrolet Impala Wagon offered for $7,500 in San Diego, CA via craigslist.  Tip from Joe. 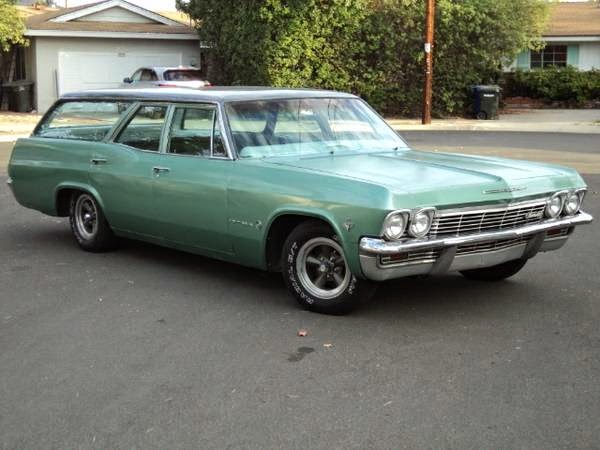 This Impala looks pretty good from the
pictures shown — paint, brightwork, interior, even the American Racing wheels look good for the asking price.  It is missing trim around the windshield, wipers and there appears to be no mechanism for the rear window in the tailgate and someone must
have had a very old CB or ham whip antenna sitting on right rear
corner or they put some kind of side marker on that side only. 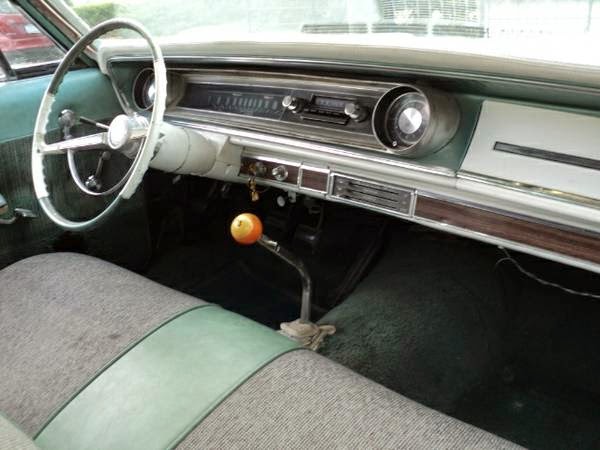 It appears to lack A/C but the steering column looks factory
which does seem to support the claim that the four speed is too.
The shifter is sitting slightly offset to the left which is
typical of a factory rig. (M-21 Muncie most likely).  Cloth in the front looks vaguely factory  — shame the seller doesn’t include a few more photos. 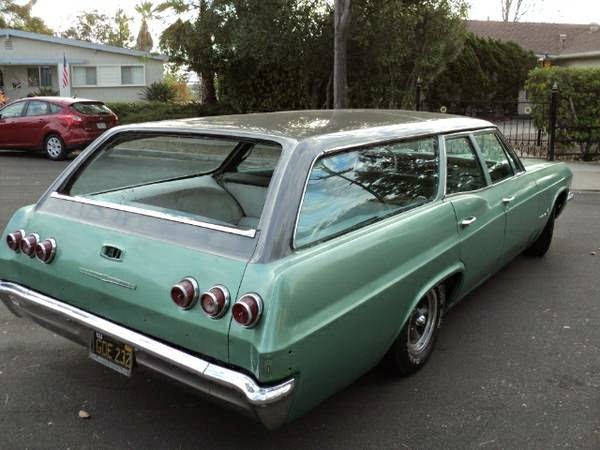