The second generation Mercury Capri was no longer a European import like the first generation version, and it was built from 1979 thru 1986 on the Fox platform.  The Capri was 99% Mustang in the flesh, but a few odd Capri related items remained like the German built Cologne V6 and those obscene metric sized TRX wheels.  Find this 1982 Mercury Capri RS

currently bidding on ebay for $3,550 reserve-not-met with 2 days to go. 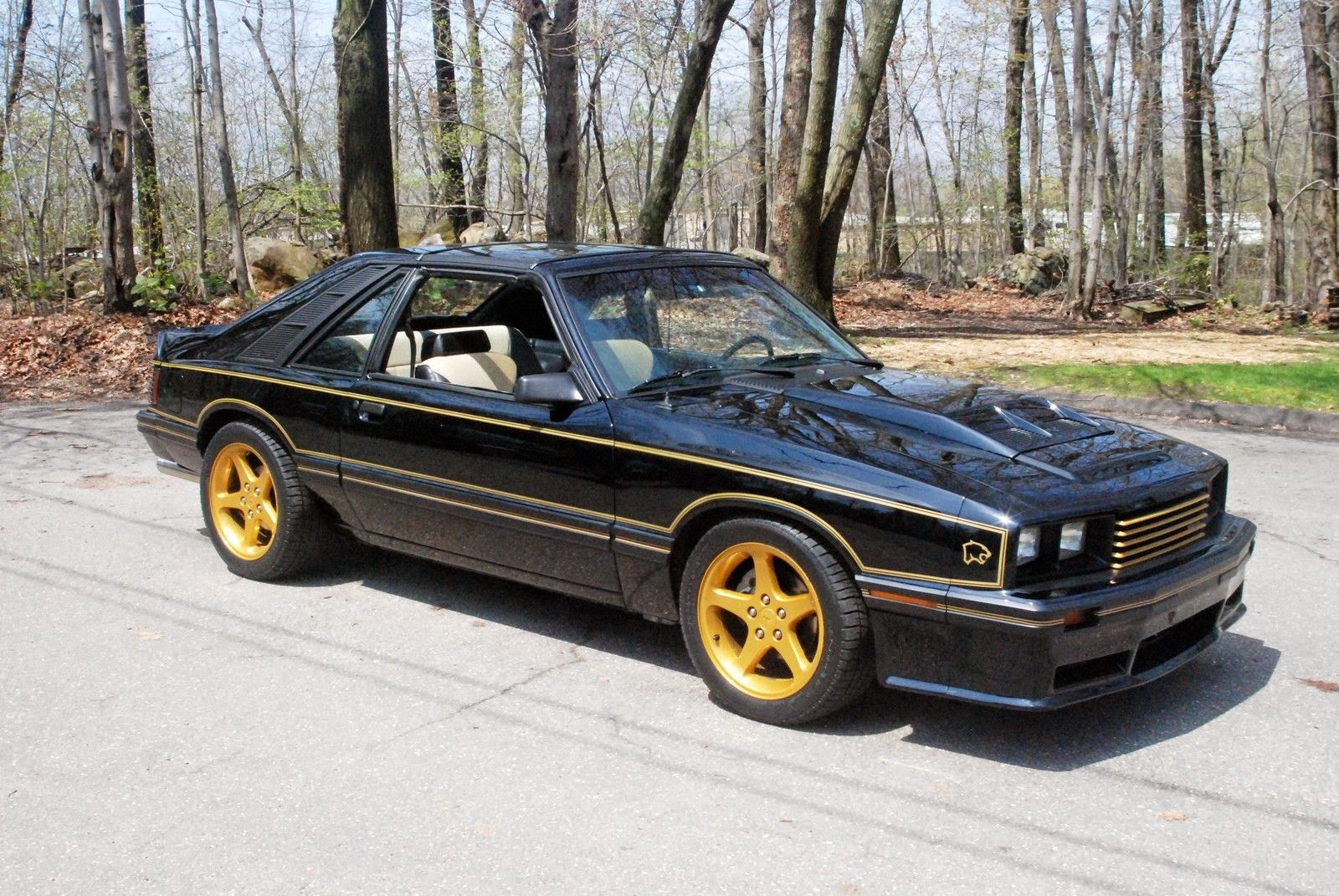 According to the seller’s description and photos, this black beauty has been through a significant restoration that involved all sorts of metal cutting and welding.  This car started life as a basic Capri, but the nose piece and hood are from a Capri RS. 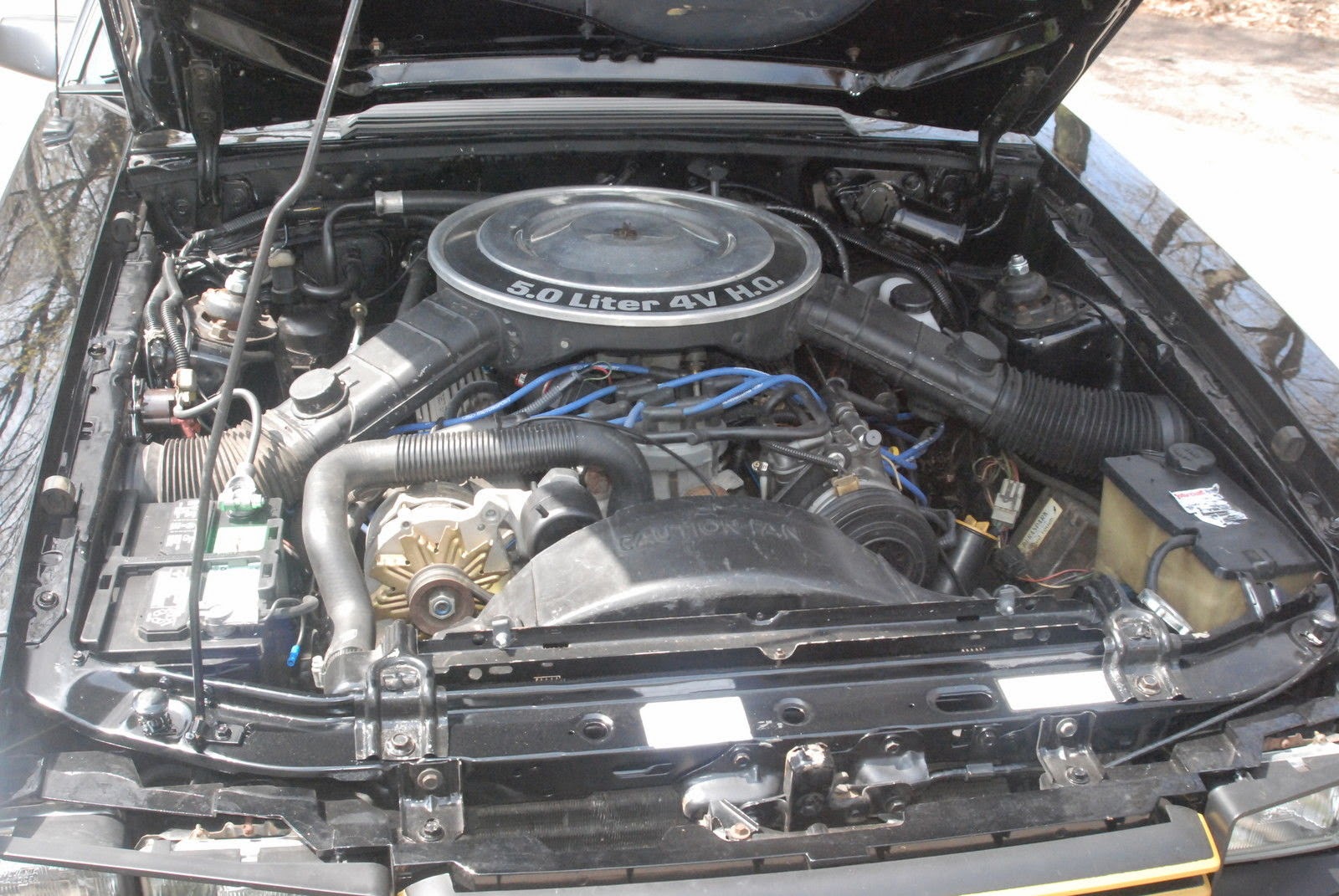 Under the hood is a 302 cubic inch Ford V8 that has been given a set of heads, intake, exhaust and is probably good for something in the 300 horsepower range.  It should make for a decent running and that characteristic 5.0 sound should be loud and clear. Inside is more Fox Mustang parts bin stuff, but covered in Mercury badges in case you forget what car you are driving.  The condition of the inside of this one is better than most and would make a great driver. 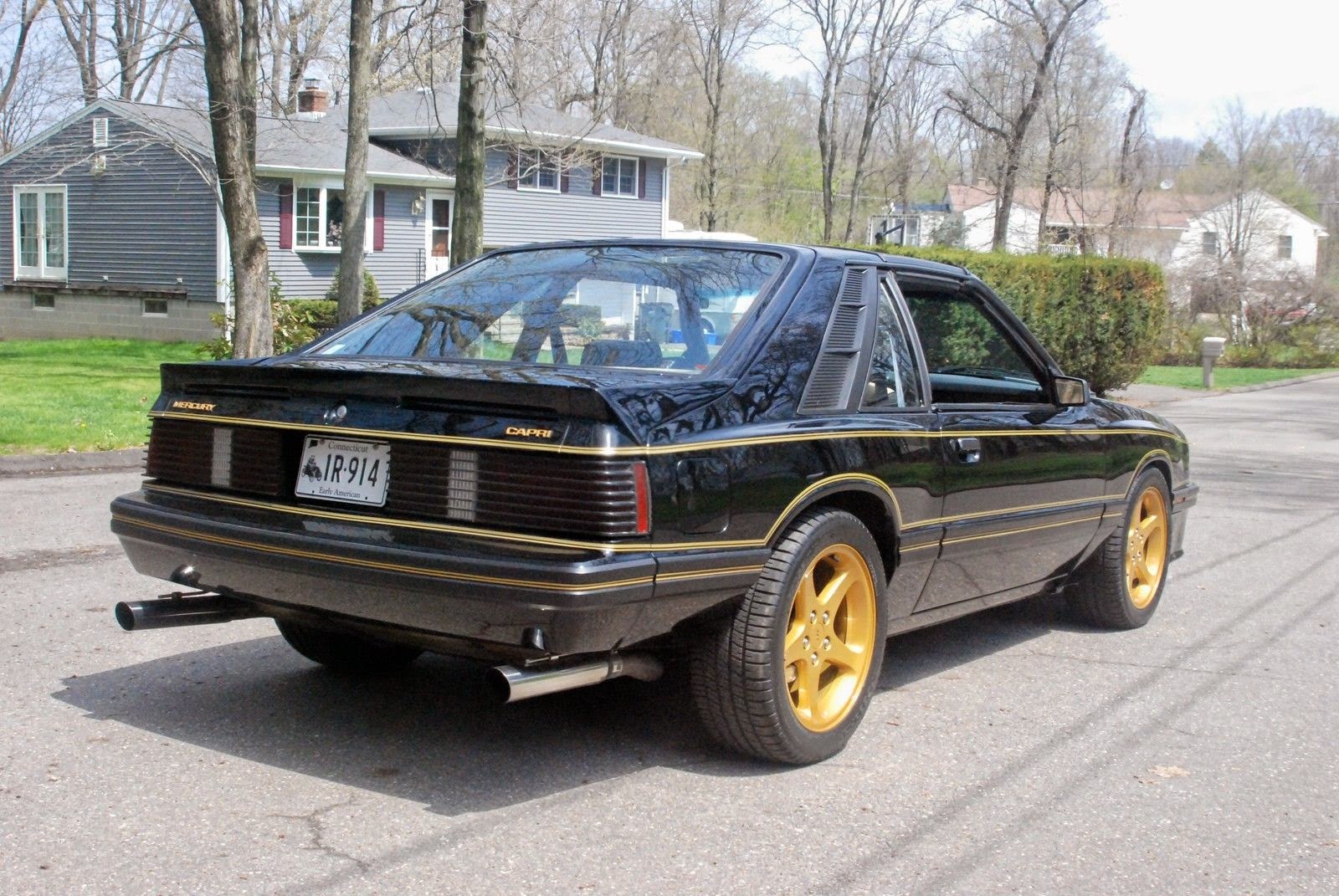