It has been 6 years since Porsche released their 500 horsepower twin turbocharged 4-door luxury sedan known as the Panamera Turbo.  The jab-cross combination of out of warranty Porsche service bills and befuddlingly hideous styling should have been a knockout for residual value, but the bubble butted brawler has been hanging in the fight like Floyd Mayweather’s baby momma, and KBB pegs it around $60k for a used Panamera Turbo.  It is a waiting game, because the Panamera prices will drop, but in the meantime you need something that makes you look like a baller.  Find this 1987 Mercedes-Benz 420 SEL offered for $3,900 in Manhattan Beach, CA via craigslist. 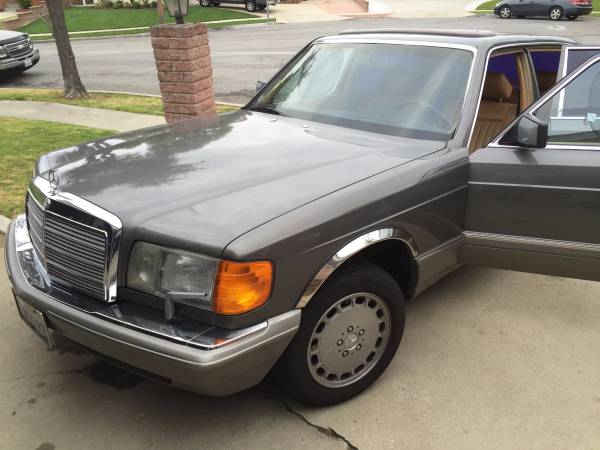 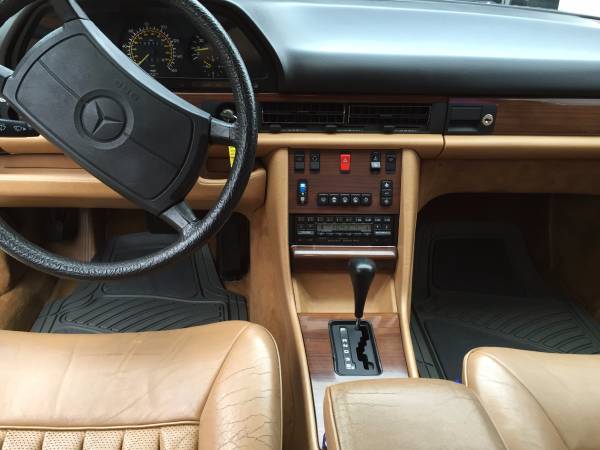 This 420 SEL is powered the M116 4.2 liter V8 putting out 221 horsepower
and 240 ft-lbs of torque, all mated to a 4 speed automatic
transmission.  The big Benz doesn’t drive like a Miata – but it’s not
slow like a Panzer tank…think more like an M2 Bradley or HMMWV.  It
has got enough torque to get to 60 mph in 8 seconds; not fast by modern
standards, but it’ll let you merge safely on the freeway if you can
afford the 1/2 gallon of gas, and these things are thirsty for dino
juice. 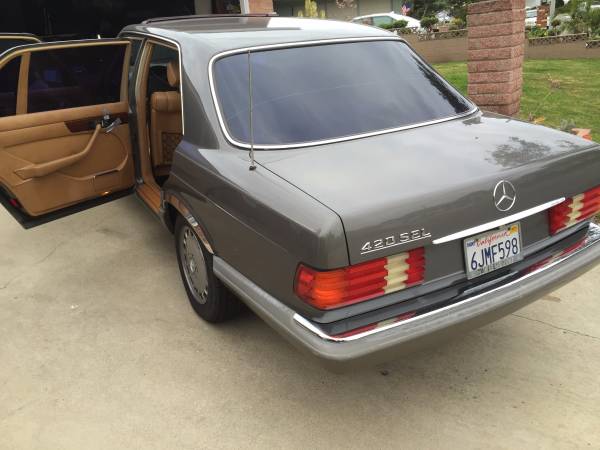 See a better luxury sedan for cruising around like a dictator? tips@dailyturismo.com