At the turn of the century, the Catfish Camaro was ready for an 8-year hiatus from its noodling adventures, GM started promising that Australia’s raucous Holden Monaro would leave the outback behind for endless Saturday-night cruises as the Pontiac GTO, and the BMW E39 Touring was shuttling the upper half’s offspring to lacrosse practices in America’s wealthy ‘burbs. Somehow, those global forces and moods have coagulated into the rocket sled you see here, and it’s ready to haul your bags of woodchip mulch in stoic class, or at least make you ponder trans-continental market behavior. Find this 1999 BMW 528i Touring with 5.3L Vortec “LS1” for $6,000 in Greenville, SC.  Words by DT contributor slowcarSLOW-MPGlol. 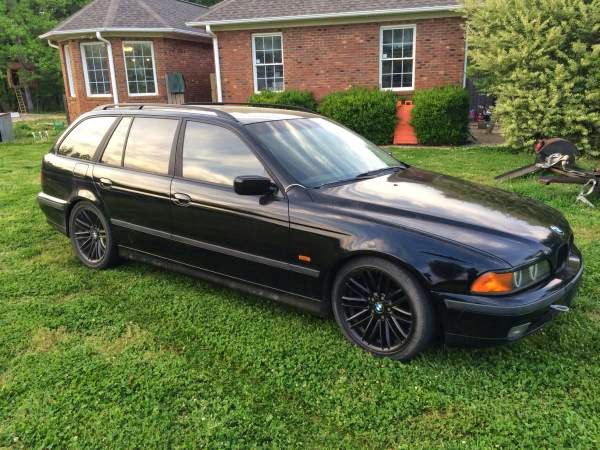 1999 was the debut of the touring body style for the E39 generation, the last conservatively styled 5 Series. This one has traded its unoffensive and unassuming looks for “eyebrow” decals, orange Angel Eye headlights, and a tow hook for some reason. Such a sinister scowl suggests a more red-blooded heart and red-blooded purposes. With a jump from the inline-6’s 193 silky horsepower to at least 315 horsepower from a GM truck-sourced V8, your purposes will be equally sinister. 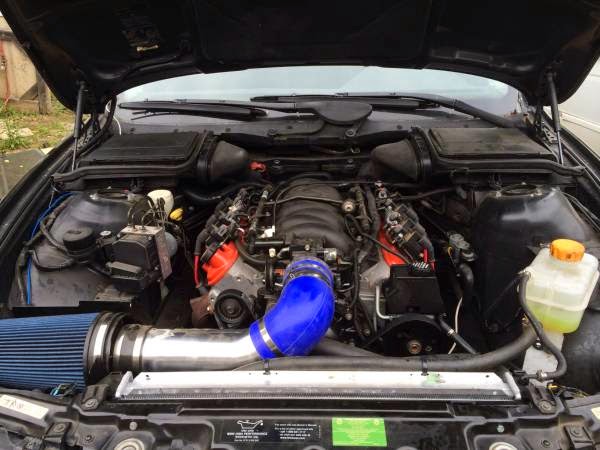 Sadly, this 528iT is crippled by a four-speed automatic used in the C5 Corvette and GTO but also the Chevy Astro and Avalanche. It’s also down a few ponies and a few thousand RPM from the M5’s 394-horsepower M60. To cope with the loss, just picture every horsepower surrendered to the BMW mill as another $50 you aren’t spending in maintenance (hint: one of these V8s has a sulfur aversion thanks to an unnecessarily complicated cylinder liner. Use your country-based stereotyping skills to determine which nation’s automotive workers would over-engineer something to the point of incompetence). 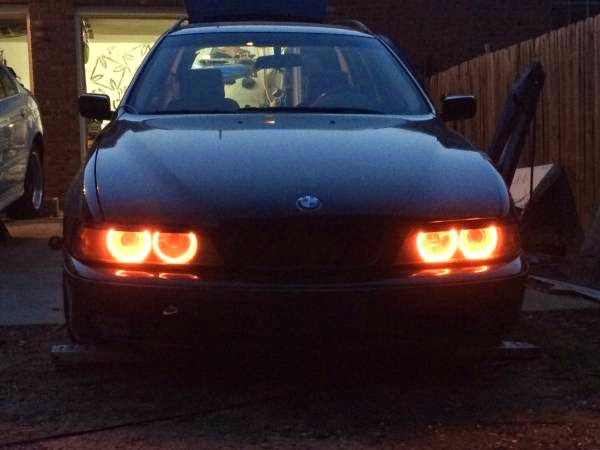 If ever a wagon came from the factory ready for more push, this is it. BMW engineers developed a chassis so stiff, it carried over to the E60. Macpherson strut front, multilink rear, vented disc brakes everywhere, and it has the preferred rack-and-pinion steering that V8 models missed out on. This one is lowered on some kind of aftermarket suspension that might be more reined-in than stock but probably lacks the excellent handling/comfort balance of the Sport Package suspension. The wheels stick to their BMW roots, rolling on what might be 18-inch E39 M5 wheels painted black. 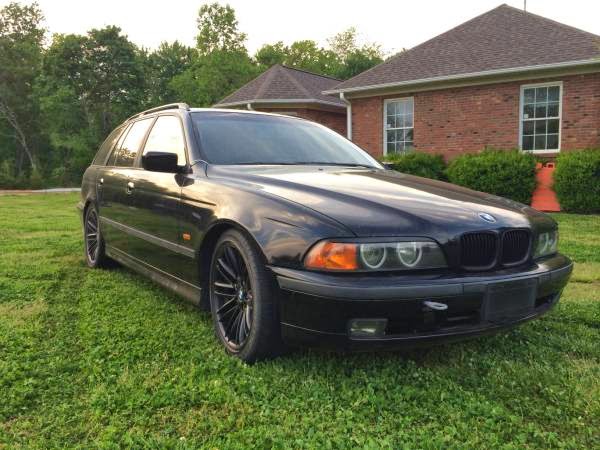 In his or her haste to make a rolling culture shock, the builder didn’t have time to make sure the gauges work. Interior quality is impossible to determine without any pictures. The 528iT is limited by its 3,775-pound heft, at least 500 more than the sedan even with aluminum goodies including the front subframe. Things will be lighter with this set-up due to the aluminum block and heads, although this variation of the LS1 family (Ed CFlo: likely an LM7, LM4 or L33)  with a four-speed slush coupled with the heaviest iteration of E39 isn’t a recipe for all-out speed. You could find a nicer 528iT example. But for all its compromises, you probably won’t find a faster one for less. 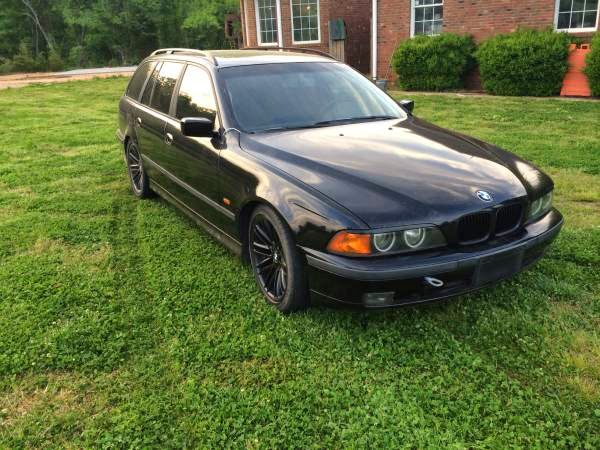 See a badder Bavarian with an American heart? Email us at tips@dailyturismo.com