If you thought that Top Gear UK’s Hammerhead Eagle i-Thrust had the market cornered on hybrid electric-internal combustion vehicles with flimsy sheet metal that will decapitate you with poorly deburred edges…guess again.  In the late 70s and early 80s a small electric van manufacturer under the of name Marathon Electric Vehicles Inc produced a few dozen canned ham style six wheeled electric vans for in-town commercial use, but this one was the single Briggs & Stratton powered gasoline-electric hybrid prototype.  Find this 1979 Marathon C-360 Hybrid Tin Death Trap

currently bidding for $5,000 reserve-not-met with a few hours to go on eBay, located in Cedarburg, WI. Tip from Sean. 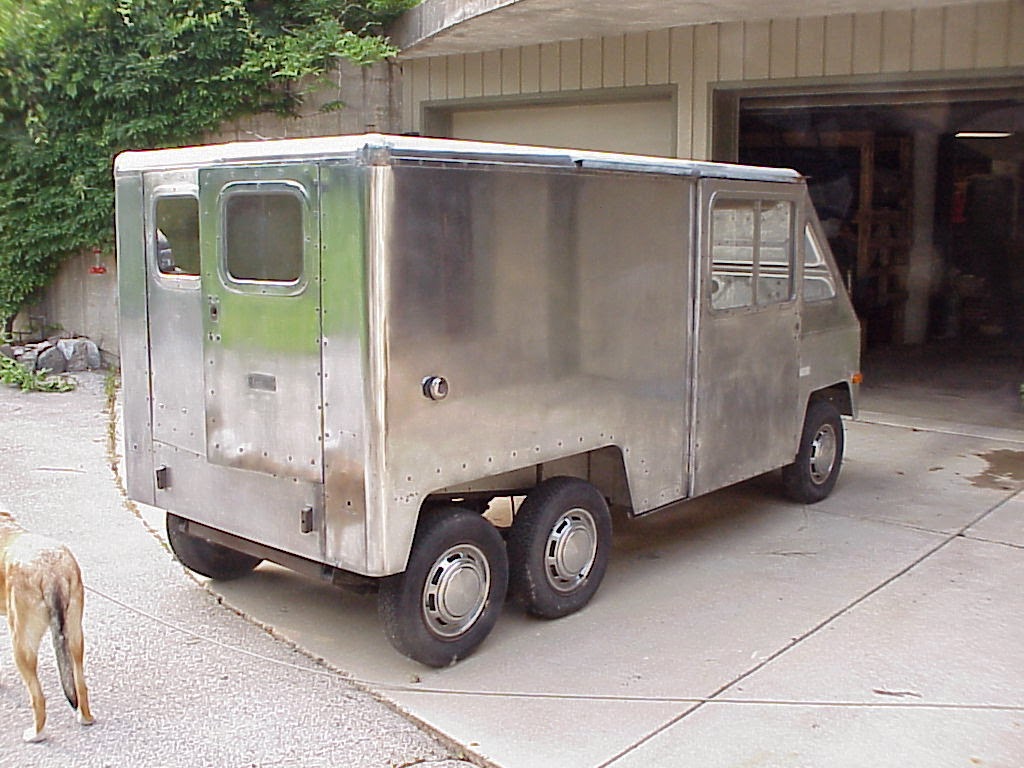 The six wheeled rear end was a reminder that lead-acid batteries are substantially massive, and the extra axle set was required to haul around the vehicle’s source of electricity.  This in turn requires more batteries, and bigger electric motor, more axles…it is a massive cycle of violence that only stops when you shove a Briggs & Stratton flathead lawn edger engine in the back. 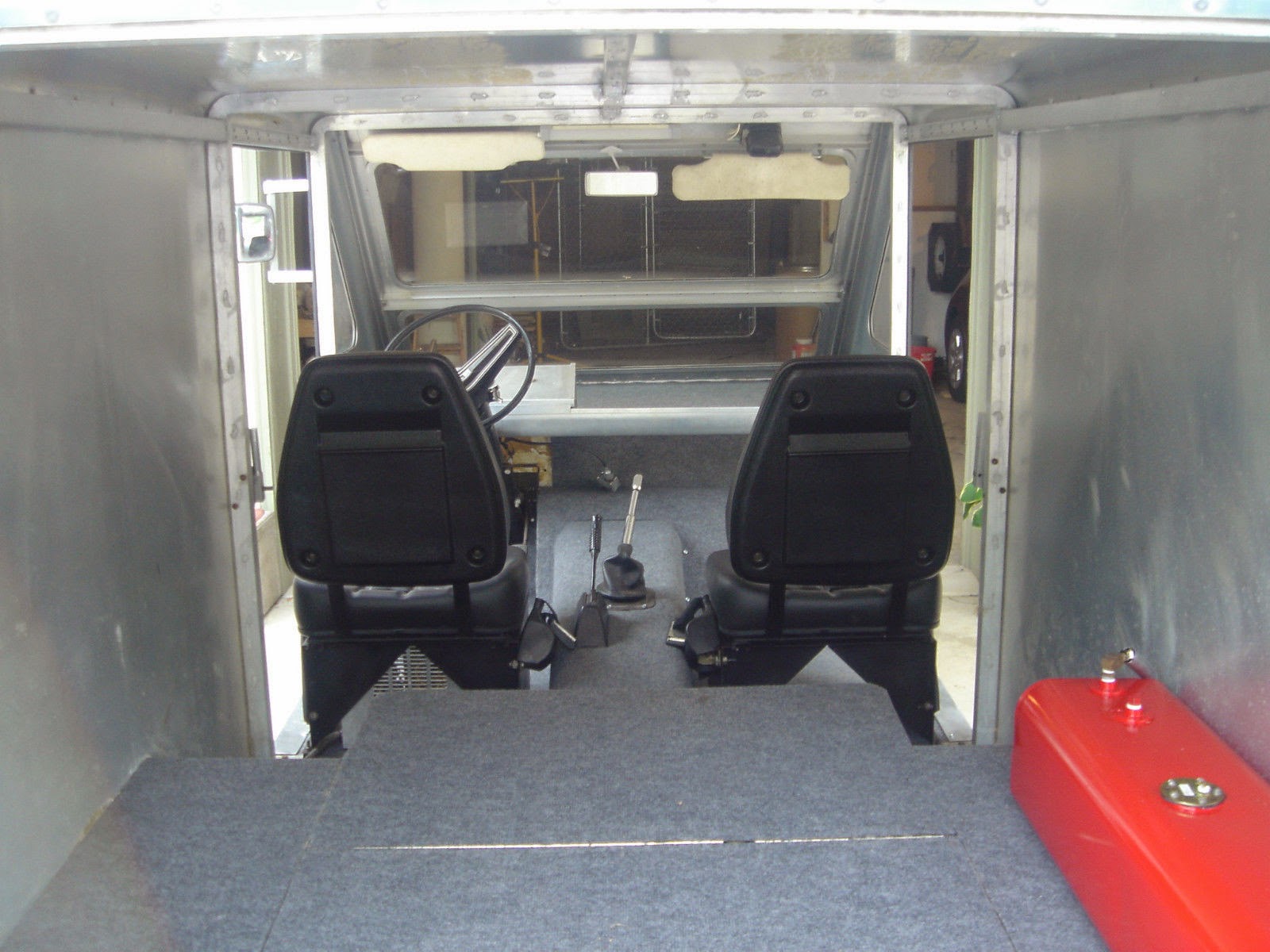 With all the comfort of a Boeing B-1 amphibious mailplane, the C-360 Hybrid interior looks ready to pass a cost audit with flying colors.  Unfortunately the seller says that the batteries are not included, so you will need to tow this badboy home or bring a few spare D-cells and a set of jumper cables. 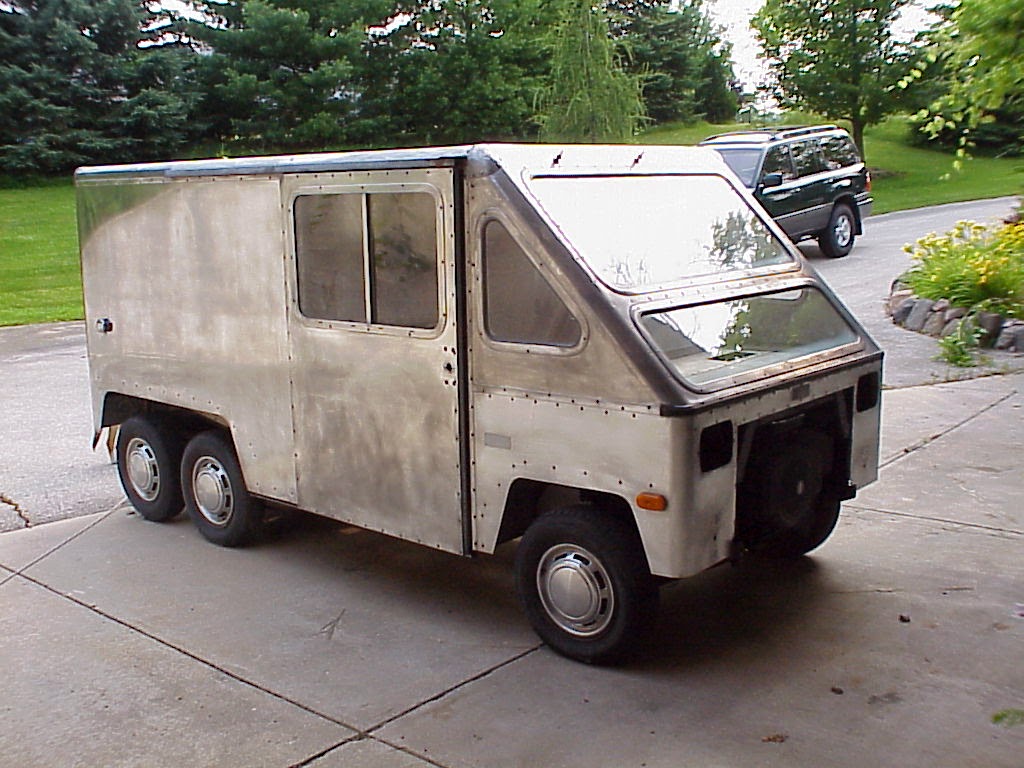 The particular car has an interesting history that involves it first being sold as a prototype to Briggs & Stratton and then used as a teaching tool at the Milwaukee School of Engineering and later wound up as a storage shed.  The current seller did some restoration a few years ago and was nice enough to include a few pictures of the work. 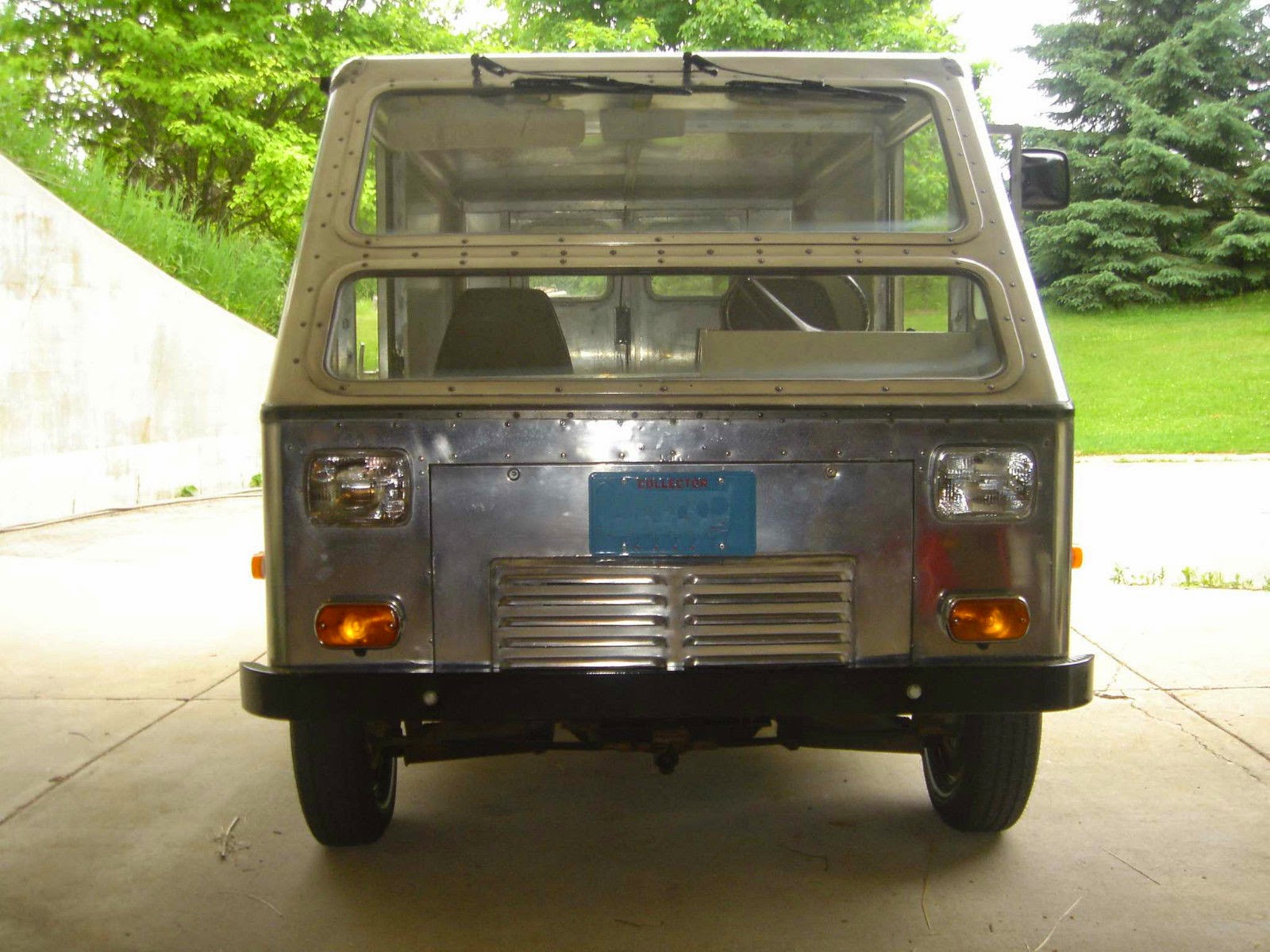