The supersonic Concorde was a product of a joint venture between French Aérospatiale and British Aircraft Corp (later known as Airbus) which provided luxury transatlantic passenger flights at half the duration of the typical jumbo jet.  The Concorde offered a vision into the future, with double delta shaped wings, variable ram inlet turbofans, full fly-by-wire controls, aluminum construction, and computer flight control systems.  Two years later, AMC (which was coincidentally forming a joint venture with Renault) released the AMC Concord (sans e, now 1978) — an upscale compact luxury passenger car that promised technology, sophistication, and speed…but…was really a renamed Hornet and was about as successful as the Concorde in the long run.  Find this 1981 AMC Concord offered for $5,995 buy-it-now here on eBay

located in Fountain Hills, AZ with 3 days to go. 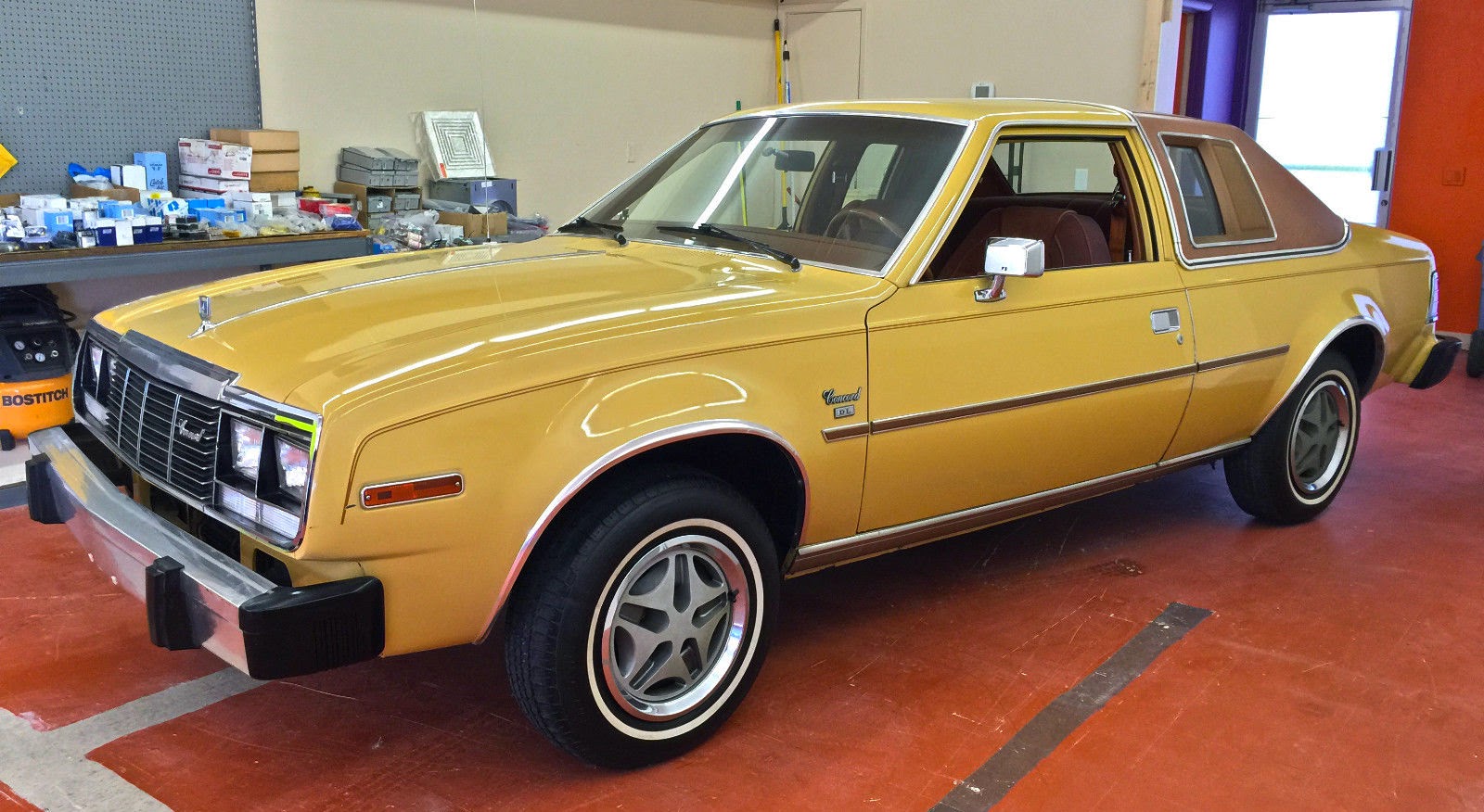 Out of all the cars to have survived the years in showroom condition, this is certainly a strange one.  The Concord isn’t exactly a paradigm of beauty, sportiness, speed, or anything else you would associate with cool cars…but…if you want something with a lumbering inline-6 up front and a camel colored landau top out back, you really won’t find a nicer example. 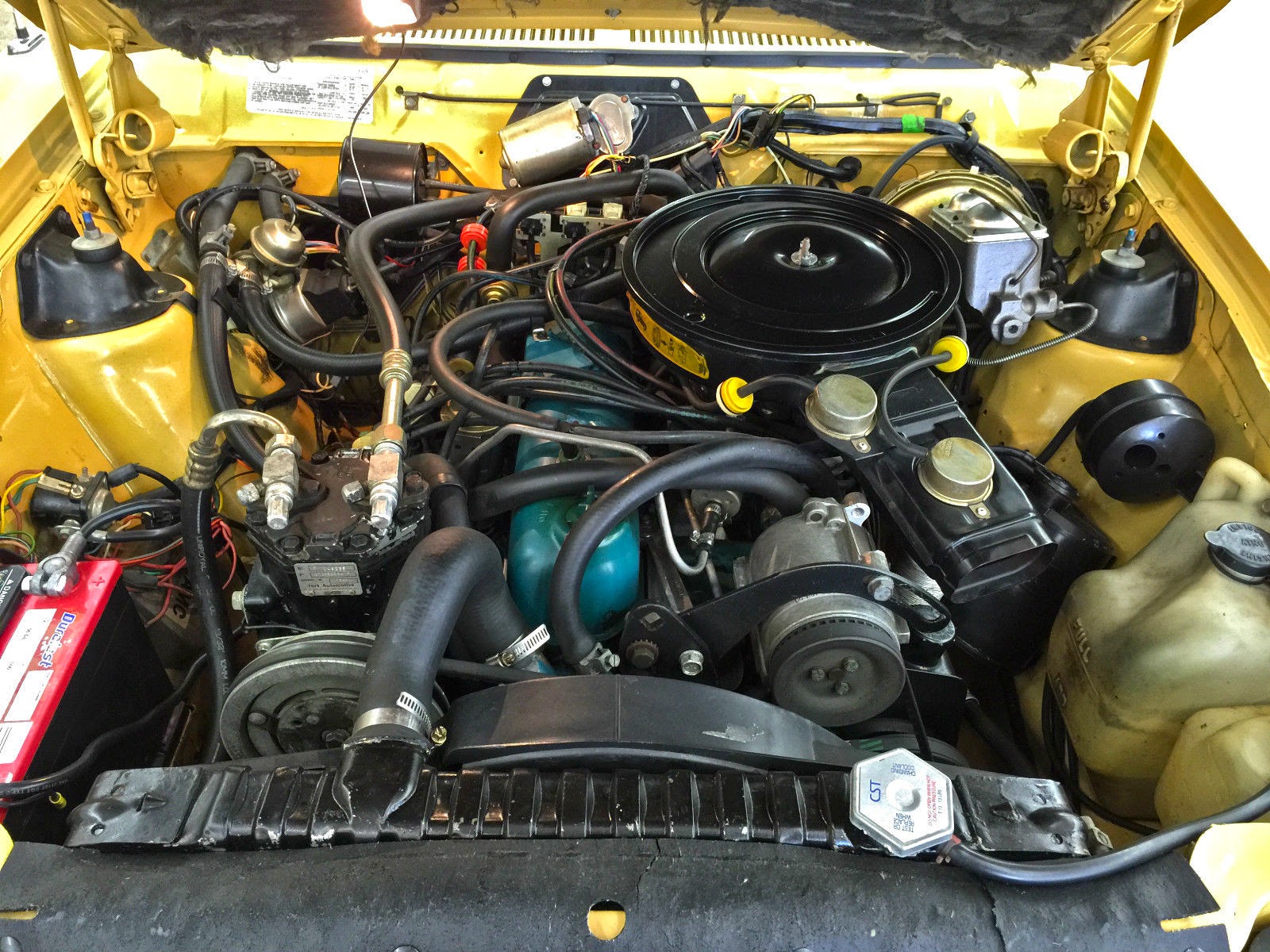 At launch, the Concord was available with the Audi sourced inline-4 that was used in the Porsche 924 (and later a version of GM’s Iron Duke), but this one is powered by the 4.2 liter AMC inline-6 rated at 100 horsepower.  The carburetor fed inline-6 has the power density of a pregnant mule, but enough torque available at low revs to pull a small house…not that you are going to tow anything with your mint condition Concord with historic plates. 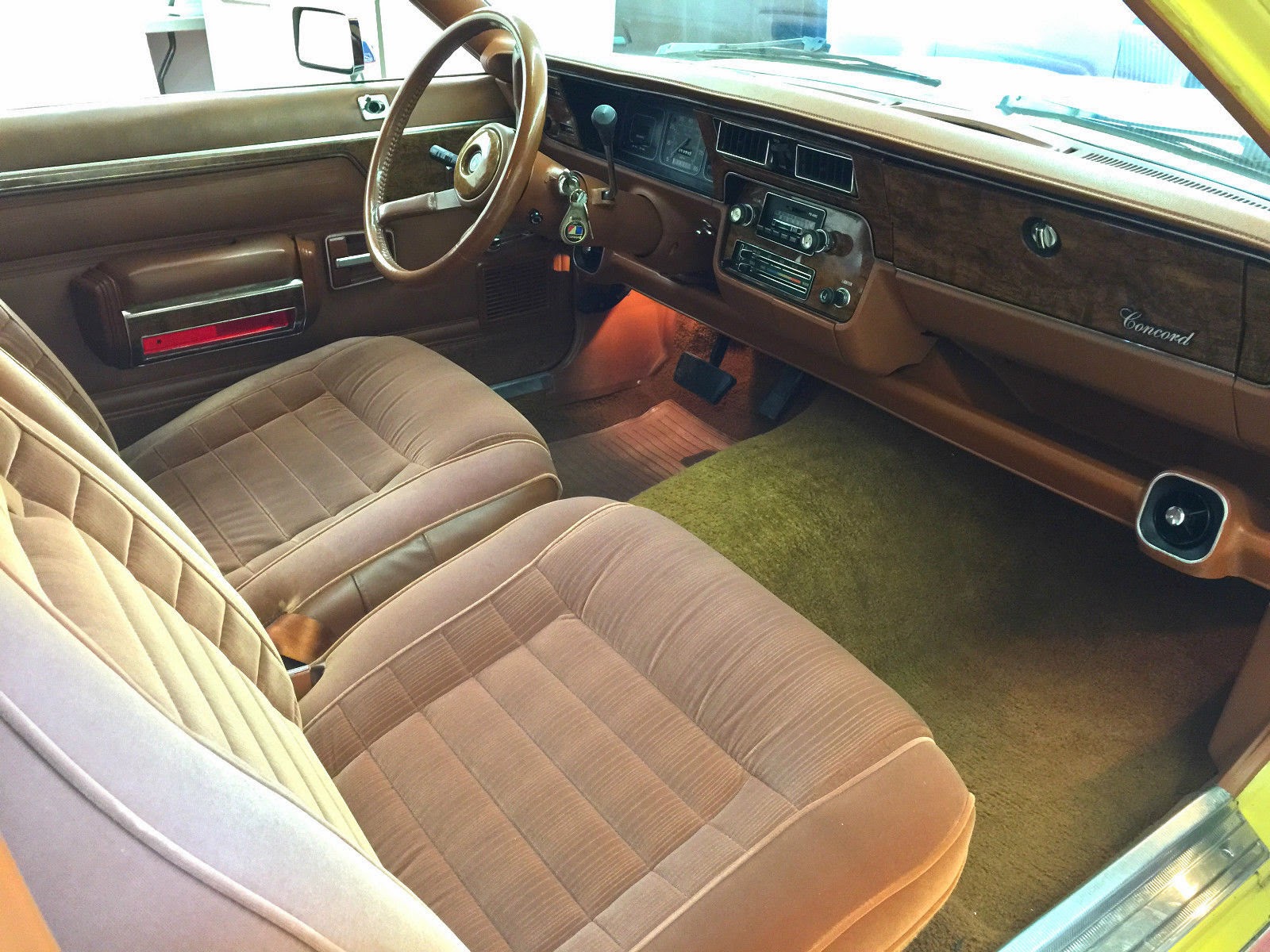 The interior features only the finest velveteen seats covered in light brown, a medium brown dash with wood accents and olive green carpets.  All this in a yellow car might make you nostalgic for the 70s, and/or want to puke. 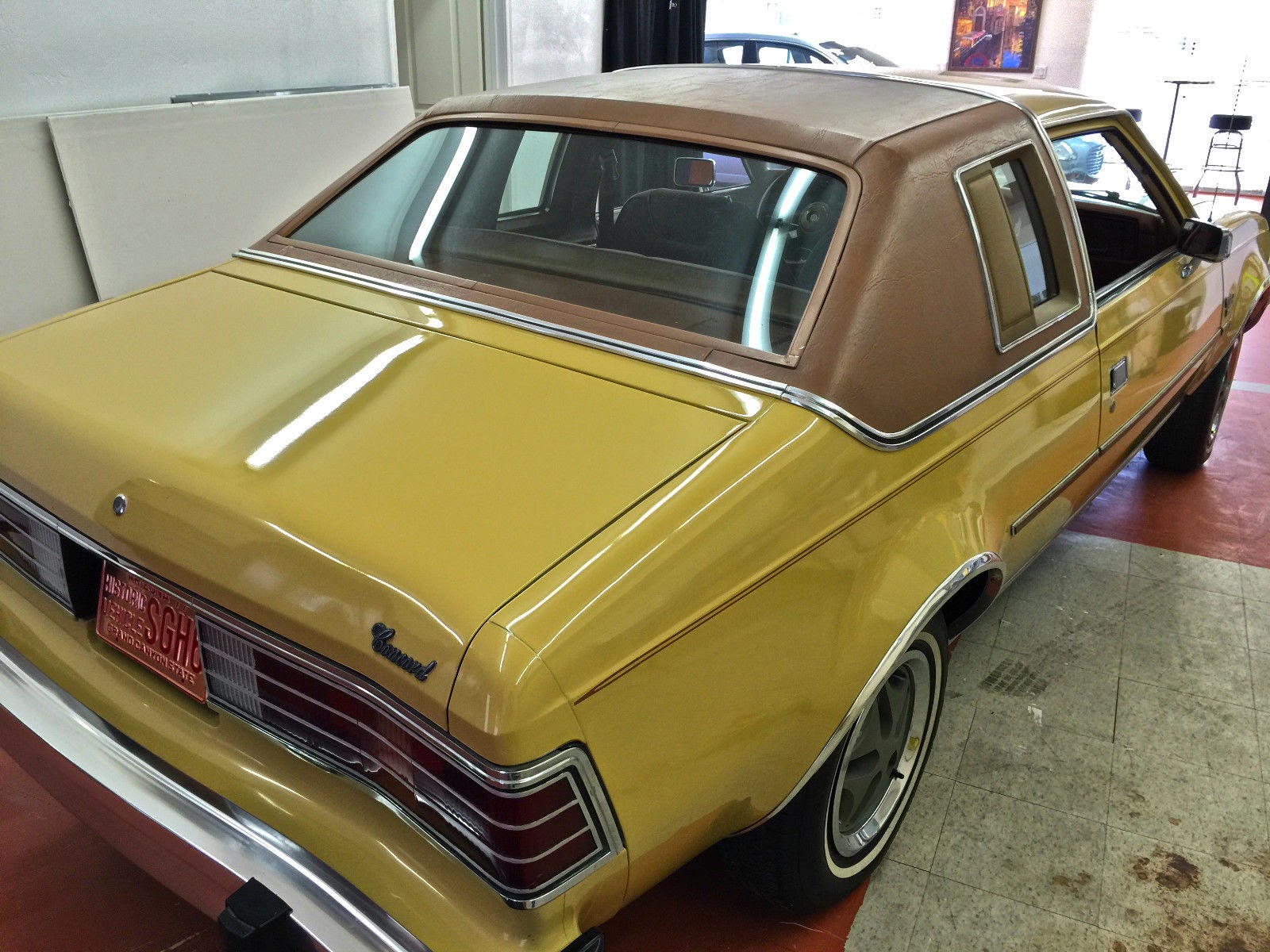