This 1966 Ford Falcon Futura Wagon is currently being offered up on ebay by SportsCar LA.  We at DT enjoy closely examining ebay trades and are listing this car because of a couple of classic catches. 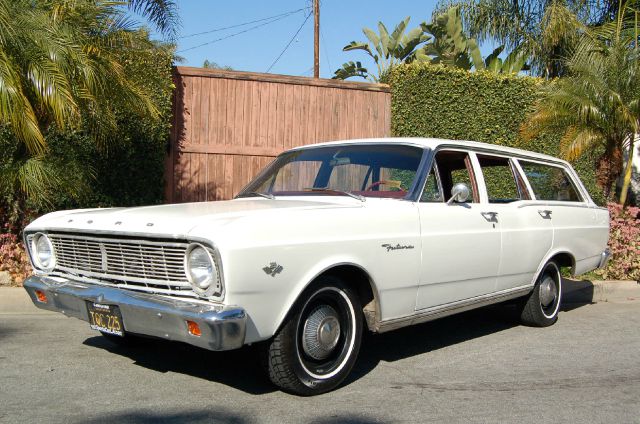 Catch #1……this car was offered on Craigslist by Chequered Flag International of Marina Del Ray
back in early December.  At that time, they were asking $7500.  We featured the car here on DT because we like these midsized wagons and believed it
would probably find a nice home in the $5-6K range.  The ad was eventually pulled, with no sale.

We still believe a realistic price for this car is approximately $5-6K.
With three days left to run, there has been only one bidder, whose
initial bid was not a low-ball, but a very respectable bid o f $3,950
which was placed yesterday. 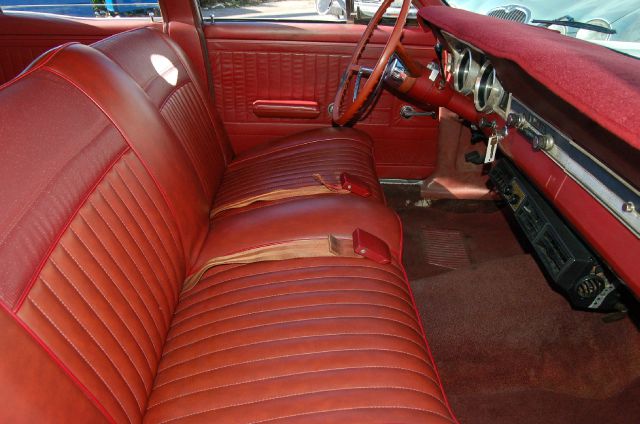 An extremely well kept interior suggests that the mileage may be original (although the upper portion of the front seat may have been replaced…see mismatch to the rear seat, below). 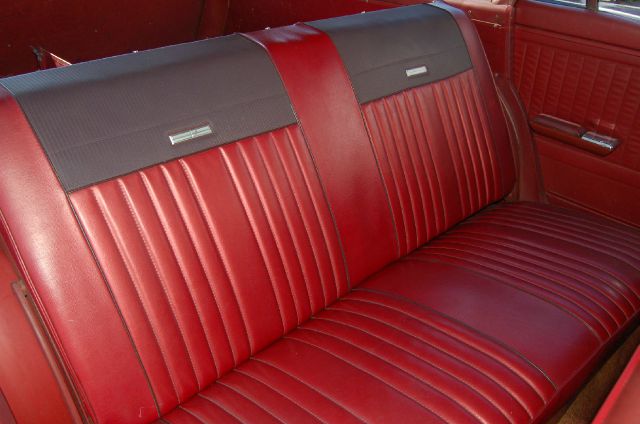 The engine bay has suffered been given a quick spray-can detailing, but it also reveals a 289 V8, and just about every piece of  equipment you could get on a 1966 Falcon Wagon.  It would also appear to be an original California car because it looks to be smog-pump equipped. 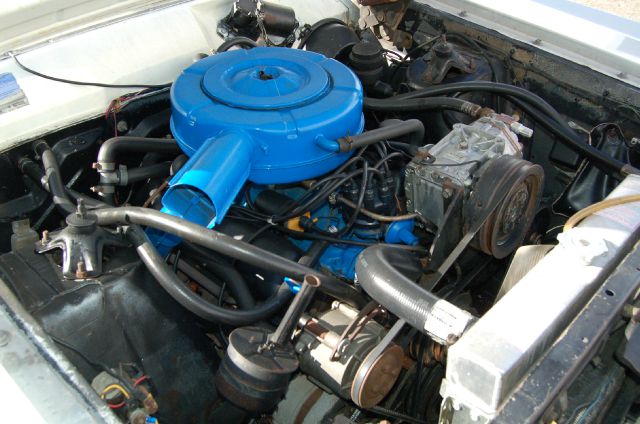 Catch # 2….When listed on Craigslist, the car was listed with 52,000 miles.  The current listing shows the mileage as 52,051.  That’s incredibly low mileage for this car, but….. it would appear that given that the first ad probably rounded the mileage to 52,000, it sure hasn’t been test driven by many prospective buyers!!  However, the new dealer is certainly enthusiastic..as they’re asking $2,250 more than the previous dealer, which we figured as being about $2,000 above the car’s market.  Apparently these do not rot on dealer’s lots, they apparently ripen!

We like this car and would encourage anyone looking for a well preserved 60’s mid-sized wagon to schlep their car parts
kids around in, to look into it.  We just believe the dealer is a
little optimistic in its pricing.  This is a NICE car. Its
interior is well preserved, but the engine bay could be cleaned up a little
bit.  The car is properly equipped with automatic transmission, power
steering, power brakes and a power rear window.  Someone even added an
aluminum radiator; but much to the dealer’s chagrin..the car is still a Falcon.  While ’66-’69 Falcons are solid
cars, they do not yet have a cult following!

About the only
change we would suggest, other than some general tidying up, would be
to remove the dog-dish hubcaps (but keep them tucked away in case the next owner is a freak for originality). While they are definitely correct for the car, it could be significantly improved by switching them out for a set of either Magnum 500s
or Mustang Steel Rally Wheels, or Torque Thrust IIs.  The single exhaust appears to be in really good shape, but we’d install an X-crossover pipe, followed by some duals and let that 289 breathe a little easier. 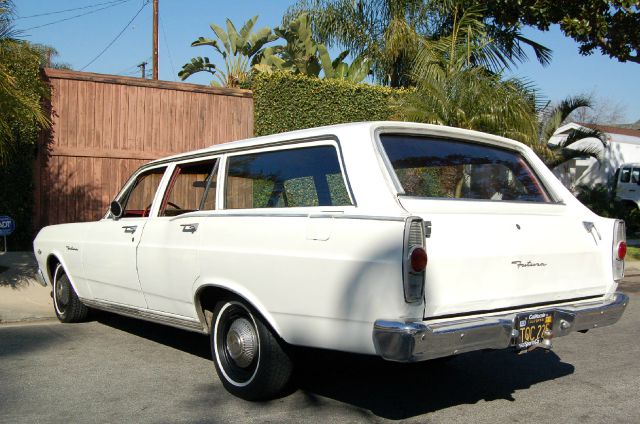 If you find yourself interested in this, or any other car that you’ve spotted for sale for any period of time, one of the great ways to get some bargaining leverage with a seller is to call them and ask them to quickly check the exact odometer reading while you wait for them on the line.  When they ask why, just tell them you see the 52,051 in their ad but would feel more comfortable if they checked it to verify that its correct.  (Again specify the current mileage)  When they come back and confirm the mileage; simply thank them and tell them you’ll try to call back later if you can get by to look at it.  Then, wait a week and go look at the car.  Note the mileage.  If my instincts are right, this car will not have moved.

Armed with your copy of the linked DT listing from December showing it listed on Craigslist and today’s DT listing showing the ebay ad, you can positively state that you know that the car has only been driven (x-number) of miles since it was listed on ebay and darn few miles since listed in December.  Then throw in that no one has expressed enough interest while the car sat at two dealerships, who listed it on two different sales forums (craigslist and ebay).

Don’t hesitate to point out that the front bumper appears to have been the victim of an aggressive tow truck driver.  Then, present them a reasonable ($5,300?) offer to be paid immediately and wait for their response.

You’ll either own the car, or … simply thank them for their time and leave.   Wait another month and go see the car.  Again, check the mileage.  Present the exact same offer.  I suspect you’ll be driving the car home at that (or near that) price.

Bottom Line… if you see a better Back to the Futura wagon for cheap..email us at tips@dailyturismo.com