The Subaru SVX was known as the Alcyone in its home market of Japan – named for the brightest start in the Pleiades cluster that is prominently featured on the nose of older Subarus and  pronounced “el-SIGH-uh-nee.”  The last time we featured an SVX engine it was in a GC-chassis Impreza set up for rally.  Find this 1994 Subaru Alcyone SVX LSI for sale in San Jose, CA for $3000.  Tip from…you guessed it…Kaibeezy! 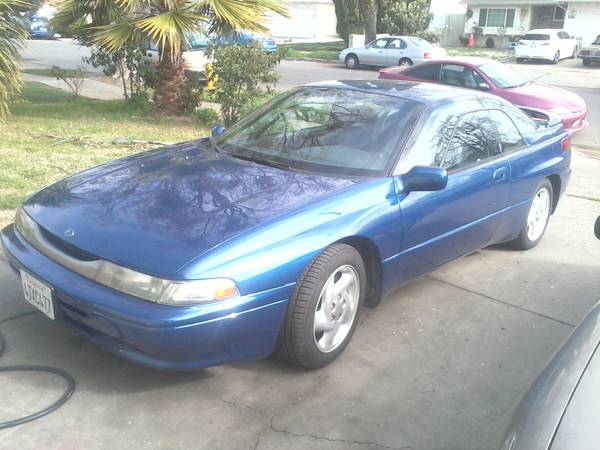 The Subaru SVX was designed by noted Italian Giorgetto Giugiaro of ItalDesign and was the most expensive Subaru built when it was introduced in 1991.  Internet rumor claims that Subaru lost money on each SVX sold (which we find hard to believe) but the Japanese “bubble economy” and subsequent Japanese sports car market crash doomed the total US imports of the SVX to just about 14,000 in 5 years of production. 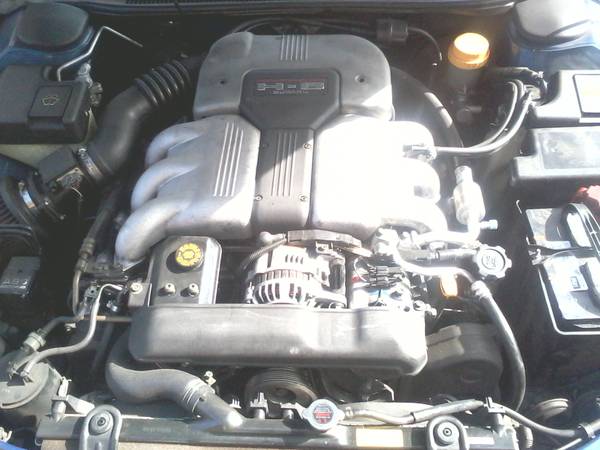 The EG33 flat-6 displaces 3.3 liters and is equipped with dual overhead cams and 4 valves per cylinder for a total power output of 231 horsepower.  Unfortunately Subaru didn’t think they had a manual transmission capable of handling the engine torque output and only sold the SVX with a 4-speed slushbox auto. 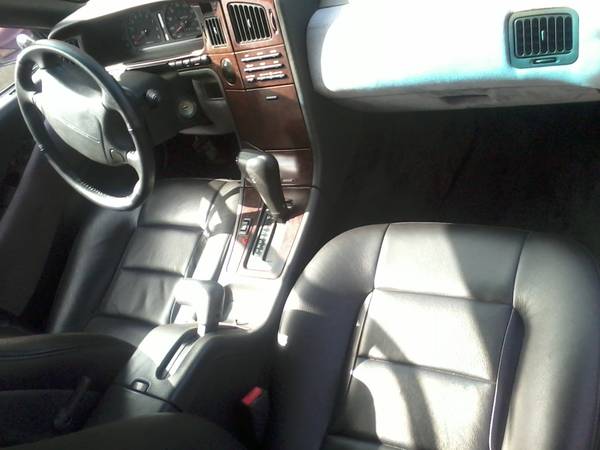 Sold as a luxury automobile, the SVX had an uprated interior, with leather & electrically adjustable seats, automatic climate control…basically a bunch of expensive stuff that drove the SVX price up to over $35k in 1994 dollars…yikes! 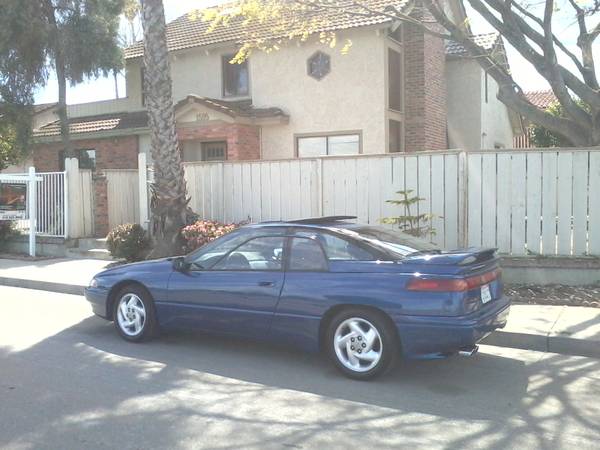 The most noteable design feature of the SVX is the “aircraft inspired glass-to-glass” canopy with half-windows that you’d expect to see in a gull-wing door equipped car like the DeLorean DMC-12.  In truth the half-windows are strictly an experiment in design aesthetics that serve no purpose other than making it really easy to spot an SVX on the street.