Lampyridae Photuris, or the North American Firefly, is a common winged beetle noted for its bio-luminescence used to attract mates. Female variants of a certain subspecies are known to mimic flash patterns of other fireflies, only to kill and eat the unsuspecting males. Male fireflies expecting “reproductive activity” are instead met with instant death (like a typical woman). This 1991 Pontiac Firefly is far from common in the U.S. and its 1600-lb weight and punchy turbo engine might be luring you in. But with 1980s safety standards wherein the driver is part of the crumple zone, you could easily be squished… like a bug. Find this 1991 Pontiac Firefly 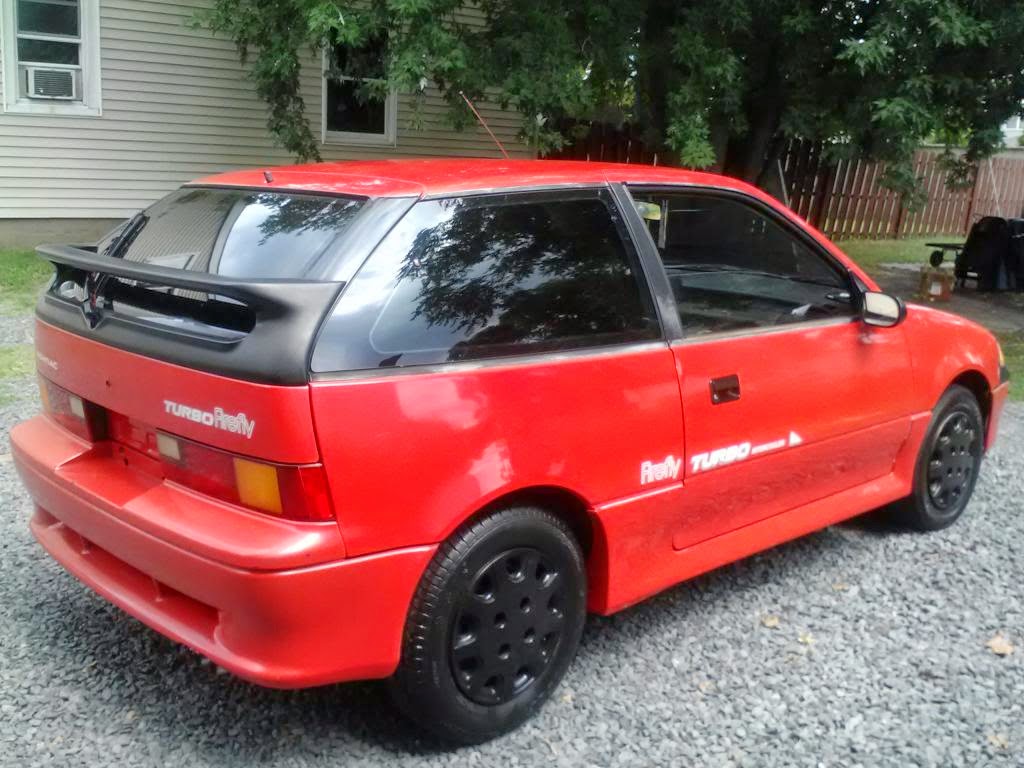 GM sold the Suzuki Cultus/Swift as the Chevy Sprint or Geo Metro in the U.S. and the Pontiac Firefly in Canada. This one spent most of its life up north but now has a clean New Jersey title. 1991 was the last year of the first generation and wears the mid-cycle visual update. Mechanically, it’s a Chevy Sprint Turbo that looks like the first-generation Geo Metro. Not a bad combination. 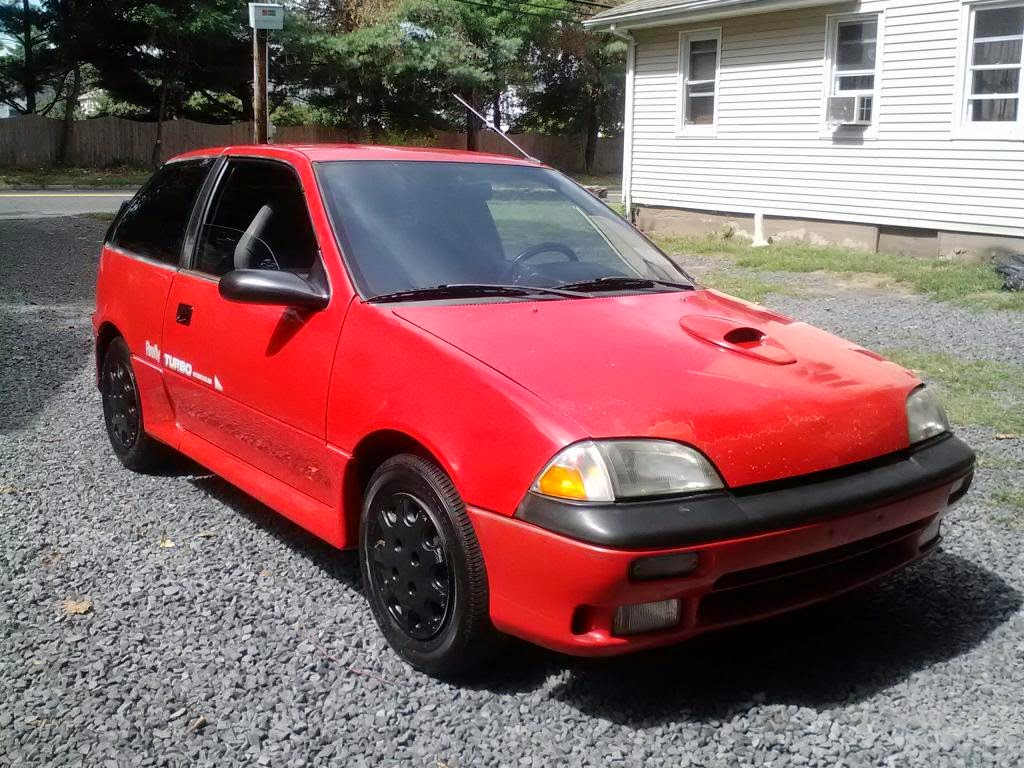 On the surface, the paint is far from luminescent after 14 years and 181,000 “kilometers,” whatever those are. Plenty of out-of-focus, extremely close-up shots show how much of the drivetrain and suspension components are unprotected from the elements. Rust and panel rot are evident but not as bad as you would expect, partially because it hasn’t seen snow, rain, or salt since moving from Florida to New Jersey two years ago. Everything looks stock, or sourced from the bounty of Geo Metros occupying local junk yards, right down to the offset hood scoop and twin pea-shooter exhaust. 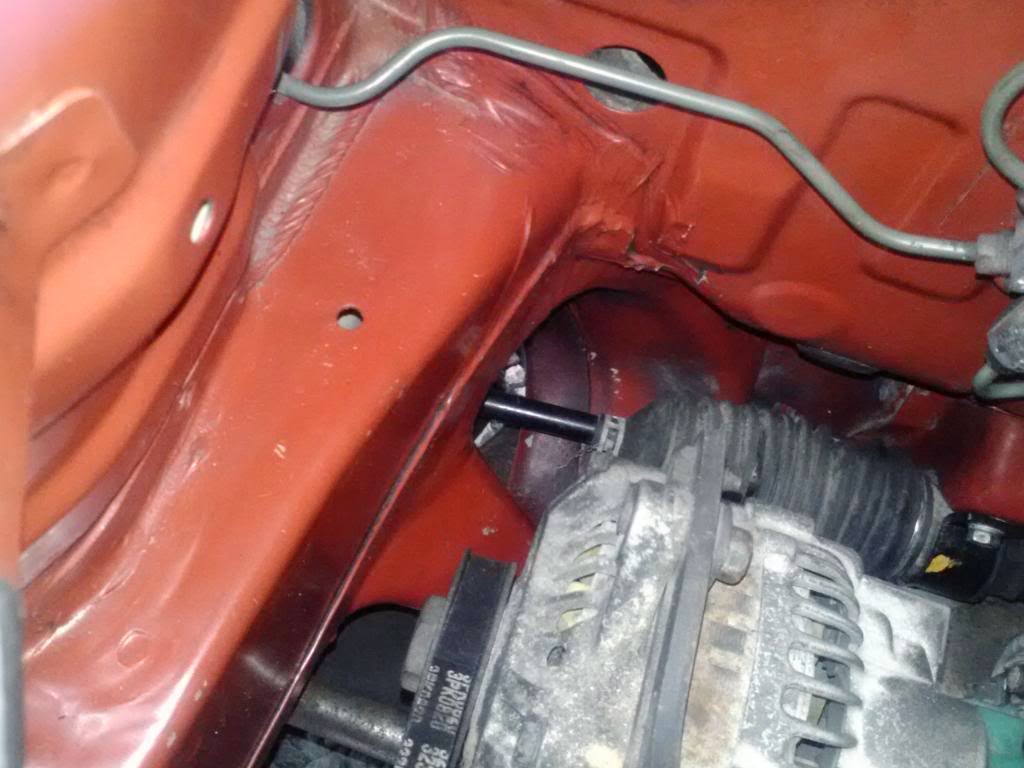 Headlight and wiper switches on the instrument panel rather than their own stalk clutters the otherwise empty cabin. No cup holders, although the adorable intercooler under the hood looks big enough to house your Big Gulp. There’s also a speedometer that goes to 140?! Oh right, kilometers per hour. An aftermarket head unit accommodates Bryan Adams or Justin Bieber CDs that will almost assuredly be drowned out by incessant highway buzzing. 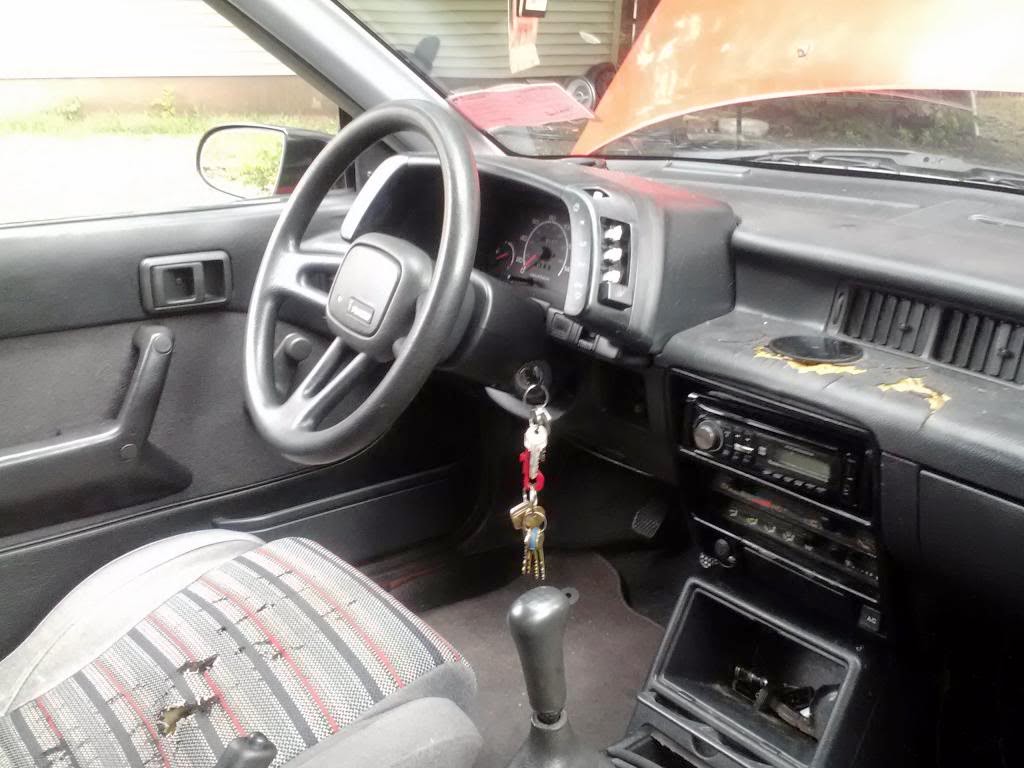 The seller states that the car sometimes smokes if it’s been idling for long periods of time (but who doesn’t?), an indicator that it’s time for a new turbo. Full boost pressure from the stock unit happens from 2,800 to 6,500 rpm, although peak horsepower (or moosepower?) happens at 5,500. With only 70 horsepower, this is the slow car you want to drive fast. Here to encourage spirited driving are deep and burbley engine noises, excessive NVH great feedback, and excellent visibility. Plus you get 43 mpg highway. For comparison, the thriftiest Geo Metro achieved 58 mpg but only had 55 horsepower. Besides the turbo, just throw on some wider wheels and tires, re-upholster or replace the seats and dash, and try not to get squished by the neighborhood bully. 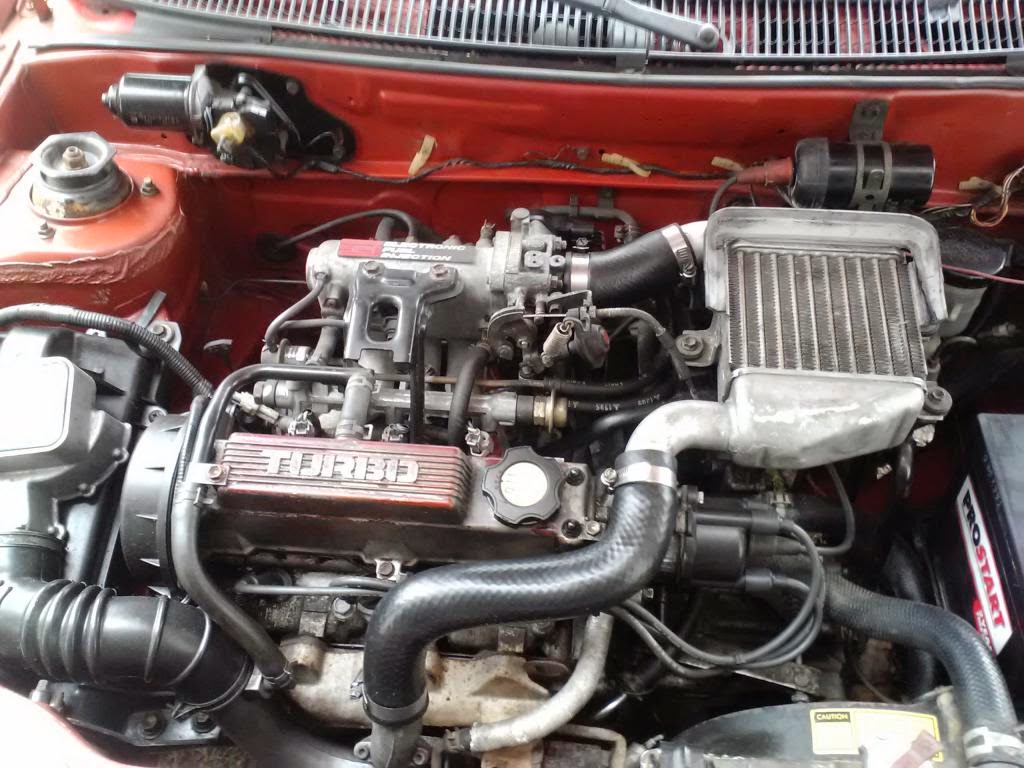 The seller’s full photo album can be found here.

See a better insectoid hatch with snail power? Give us a tip at tips@dailyturismo.com

slowcarSLOW-MPGlol knows how many licks it takes to reach the center of a Tootsie Pop, and he’s not telling. As someone with a B+ blood type, he considers himself an optimist. Unless it has structural rust.