The Eldorado name was first used on the convertible halo car of the
Series 62 platform in 1953, but became its own unique model in 1967 when
it was transferred to GM’s E-body front-drive platform. Today’s example comes from the 7th generation (1971-1978) of the personal luxury coupe with a penchant for river barge levels of understeer.  Find this 1972 Cadillac Eldorado Convertible offered for $5,900 in Columbus, OH via craigslist.  Tip from FuelTruck. 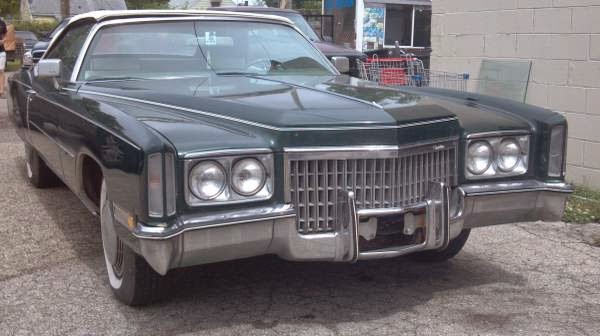 In 1971 the redesigned Eldorado grew 6 inches in wheelbase and gained a few pounds of mass under the new sheet metal.  It misses some of the clean looks of the previous generation, but lower prices are welcome. 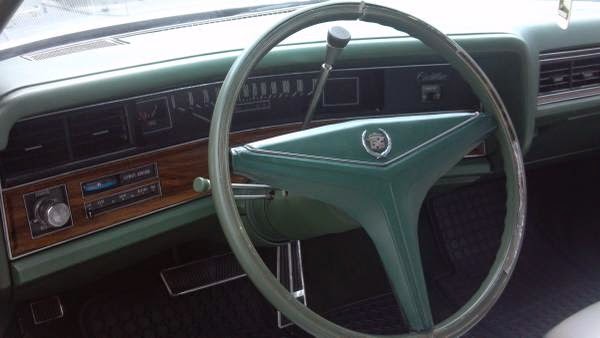 This Eldorado is powered by a Cadillac 8.2 liter (500 cubic inch) V8 that was now rated at 235 horsepower, a huge drop from the 400 hp rating from two years prior, but most of the change was due to the swap from SAE gross to the SAE net measurement standards.  The actual power of the engine had only dropped a few ponies due to emissions/fuel economy reasons, and performance should be similar to the earlier versions. 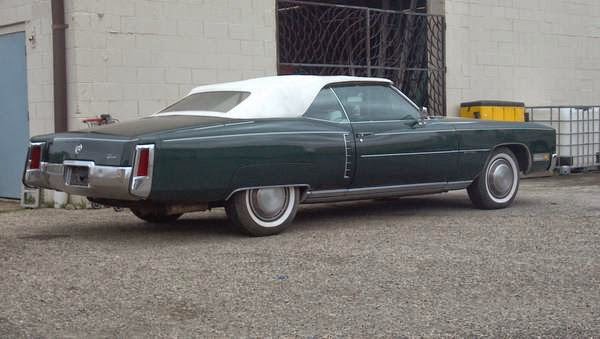