The list of cars that make yesterday’s Volkswagen Rabbit seem fast and appear macho is short…but the Suburu 360 Ladybug is guaranteed a spot.   The Subaru 360 microcar was built by Fuji Heavy Industries from
1958-1971.  It has a similar rear engine layout, roomy interior and brutal
slowness of the Fiat 500
classic, but somehow it misses the hipster love that is thrown at the Italian car…which is fine because nice examples are cheap.  Find this 1970 Subaru 360 Deluxe offered for $8,000 in Gardena, CA via craigslist.  Tip from FuelTruck. 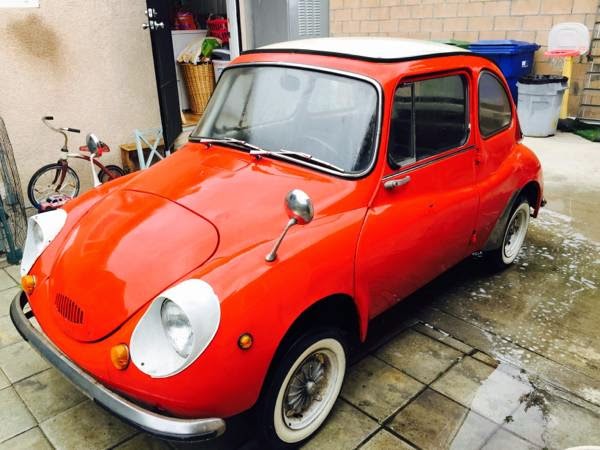 The Subaru 360 was the first mass produced vehicle from Japan’s Fuji Heavy
Industries and was named for its 360cc twin-cylinder 2-stroke engine
mounted behind the rear wheels.  The 360 was slow, even in its day, with
a top speed of 60 miles per hour and a recorded 0-50mph of 37
seconds. 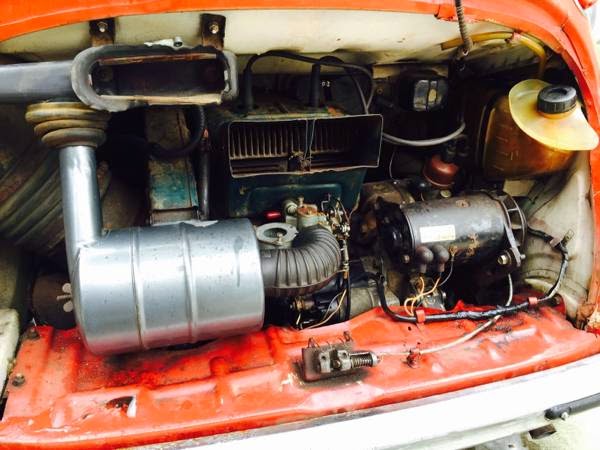 The 2-cylinder 2-stroke engine mounted out back displaces 0.36 liters
and makes an even 36 horsepower…for a healthy 2-stroke power density
of 100 horsepower per liter.  Reports peg the 360 fuel economy at around
50 mpg, and given the performance we are likely to believe it.  Features were limited on even the highest spec versions and this one has what looks like two gauges and a cigarette lighter on the dash. 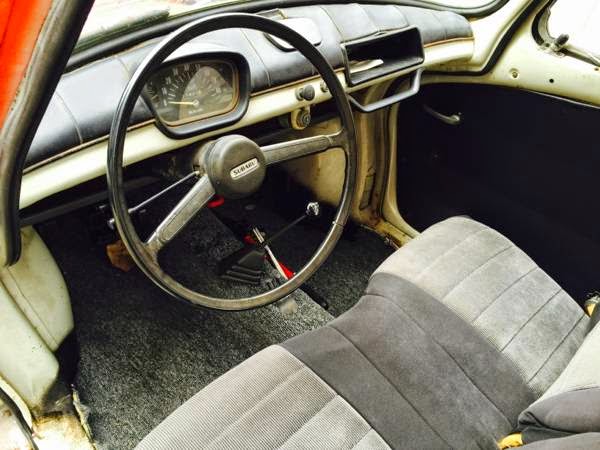