The Infiniti J30 (Y32 generation) was the mid-sized luxury car from Nissan that was built from 1992 to 1997.  The J30 is rear-wheel-drive and a surprising alternative to the BMW 5-series or Mercedes-Benz E-Class and cheaper to boot!  Find this 1994 Infiniti J30

with 42k miles on the odometer for sale in Albany, NY currently bidding on ebay for $2,380 with no reserve and 4 days to go. 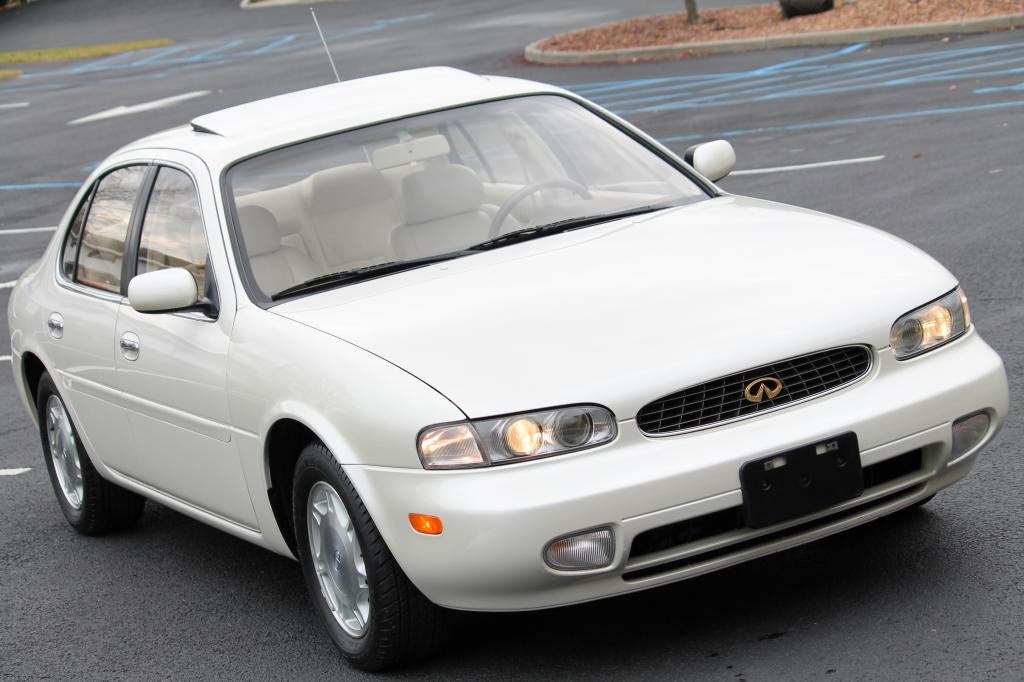 This Infiniti J30 is a white painted jelly bean shaped sedan that will simply blend into most environments – probably a great thing for avoiding traffic tickets, but not the ticket for getting awards at the next Japanese Nostalgic Car show.  A shame really, because a rear-drive 90s Japanese sedan is something to get nostalgic about – especially in this condition. 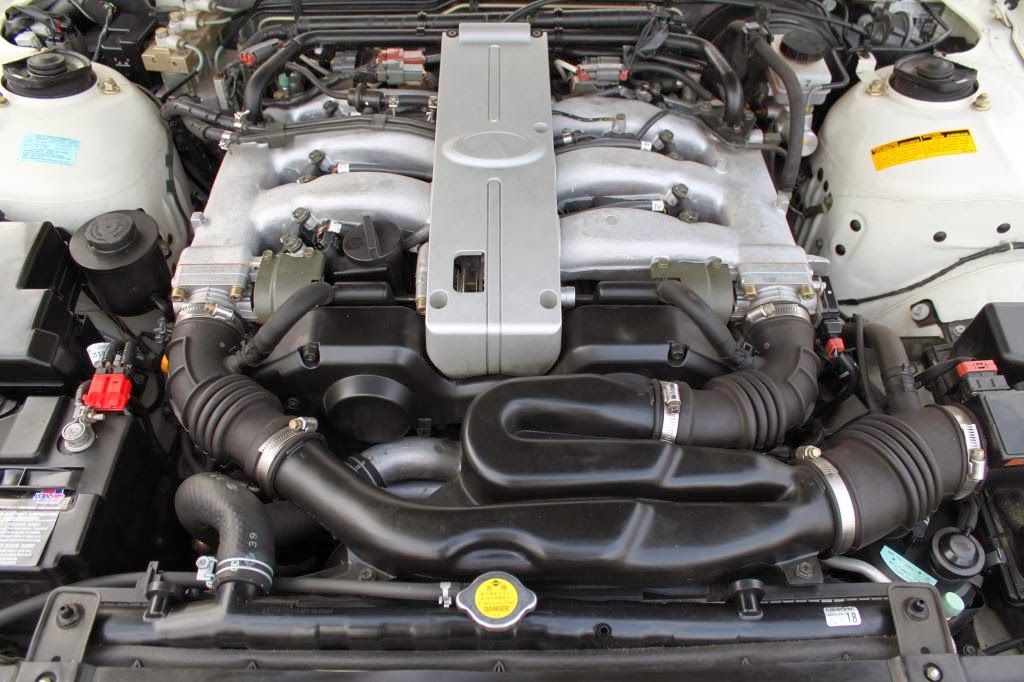 The J30 is powered by a 3.0 liter dual overhead cam VG30DE V6 is good for 222 horsepower and 198 ft-lbs of torque, and critically, is attached to the rear wheels.  The VG30DE is shared with the non-turbo version of the 300ZX and isn’t a bad engine at all for basic commuting and occasional hooning duty. 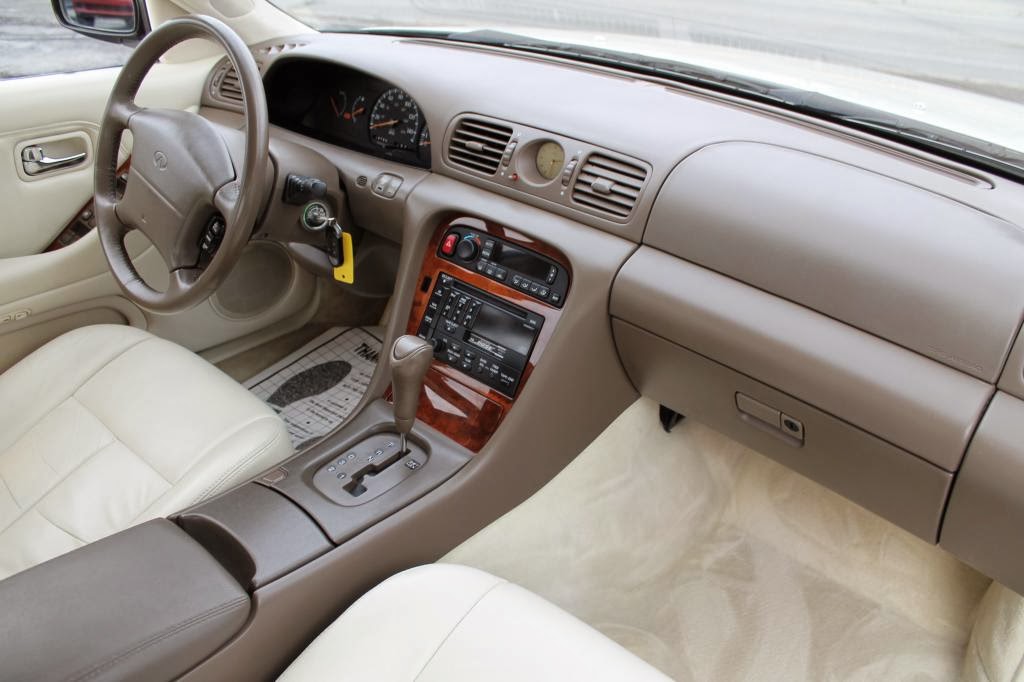 The inside of this J30 is very clean, the leather looks soft and uncreased, dash is unblemished and the carpets have been recently shampooed.  The J30 was not available with a manual gearbox for the US market, but in our twisted minds we imagine it wouldn’t be too hard to swap into the 5-spd from the 300ZX…. 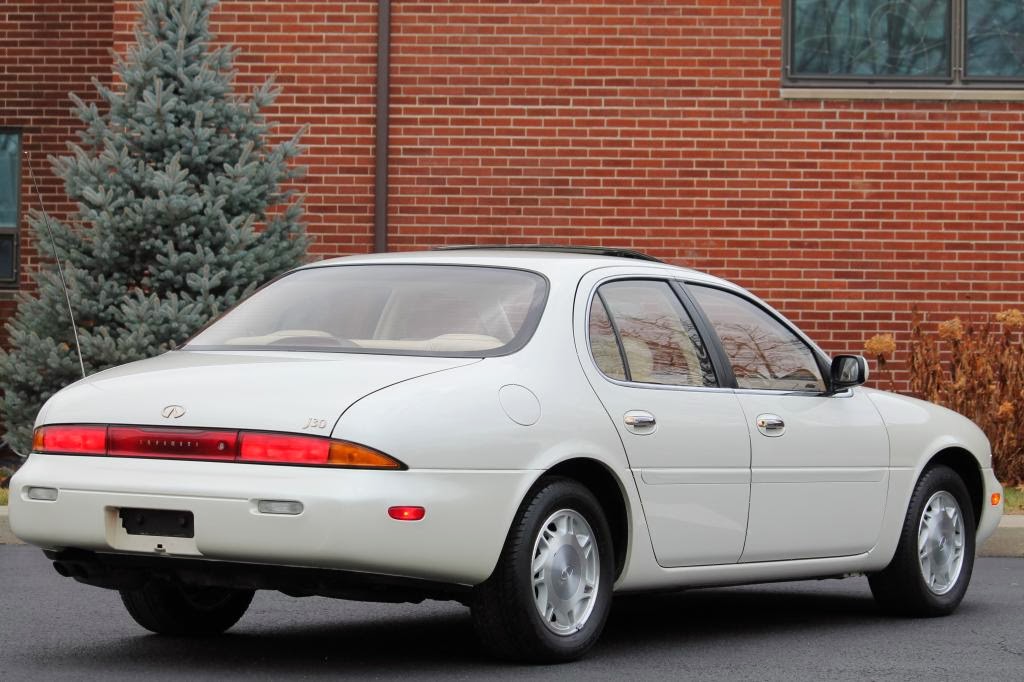 See a mintier classic Japanese sedan for the price of a ratty VW Bug?  Email us here: tips@dailyturismo.com