The Mercedes-Benz W201 generation 190E was the predecessor to the people’s Mercedes – the C-class.  We’ve featured 2.3-16V  Cosworth powered 190Es in the past, but with a maximum of 185 horsepower, they are a bit pokey.  Today’s 190E isn’t slow because it has been given an injection of Japanese spice into its plate of schlachtschüssel.  Find this 1991 Mercedes-Benz 190E W201 w/ Supra I-6 offered for $6,500 via craigslist. 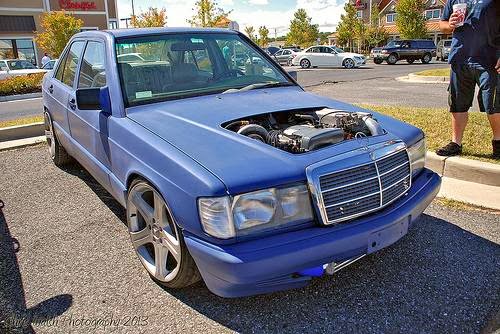 No need to adjust your monitor – this indeed is a plasti-dipped W201 with a Toyota Supra engine sticking out of the heavily clearanced hood.  The lump poking its timing cover through the hood is a Toyota 2JZGE, a 3.0 liter inline-6 that would have made 220 horsepower stock, but it now has an aftermarket turbo kit and should be pumping out 300-350 horsepower.  Don’t mistake this setup for a 2JZ-GTE with 6-speed, but don’t dismiss this plasti-dip covered car to quickly. 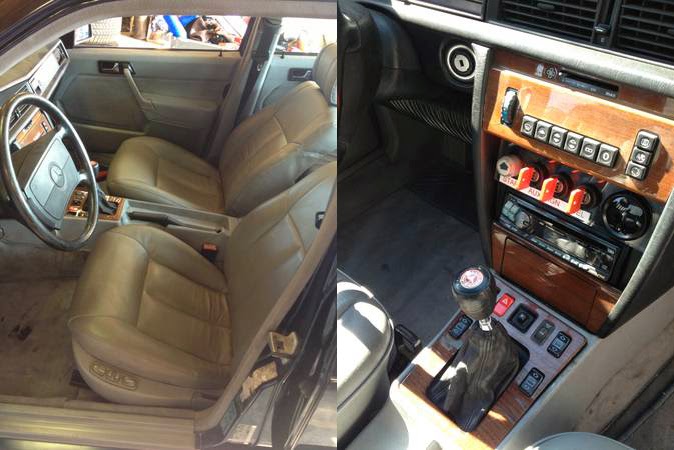 This W201 is thankfully equipped with a W58 manual transmission from the engine donor Toyota and should be fun to throw around a track.  The interior is scruffy and needs a good cleaning, but would be fine for a daily hooner. 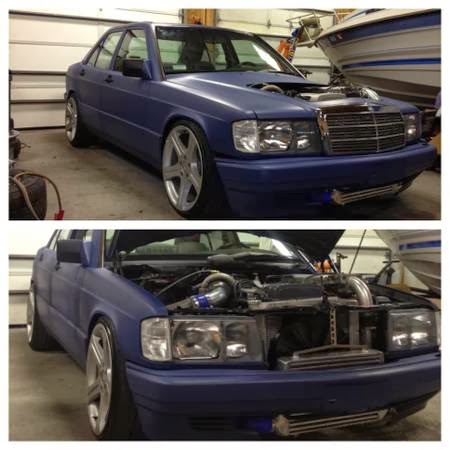