It would be easy for DT to feature BMW’s new Mini Cooper S – the 2006+ turbocharged versions are fast, fun to drive and inexpensive.  However, we’ve found one that appeals to the cheapskate and tailgater in us…not tailgating that can get you tickets and car crashes, but tailgating that can get you kicked out of a parking lot before the game starts.  This 2007 Mini Cooper S Pickup is an ex-RedBull Promo car and is currently being offered on ebay for $5,500 no reserve with 1 day left, in a place described only as “DILWORTH, United States.” What state is that in?

Edit 10/12/12 2:33pm PST:  Our sharp eye readers notice that this thing is both not an S and no longer for sale.  It is also for sale via the TwinCities Pioneer Press classifieds. 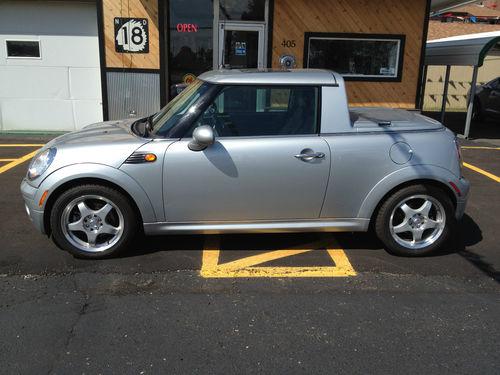 Assembled from a variety of European parts in Oxfordshire, England and about as English as Salman Rushdie, this 2007 Mini Cooper S started off as a standard BMW designed and built hatchback but was ‘professionally’ converted into a pickup truck for RedBull advertising purposes by a company called Custom CRS. 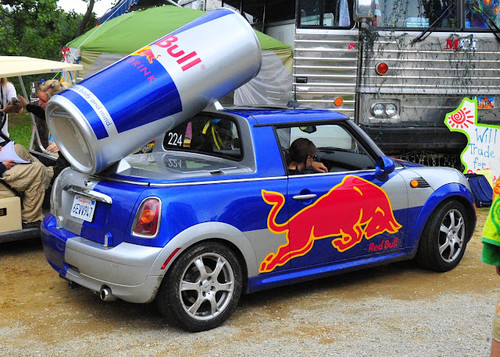 In full RedBull trim the car would have originally looked something like this and the seller provides this photo, but we assume it’s just representative and not the acutal car.  We’d personally love to convert this car back into a RedBull car and drive it around just for kicks! 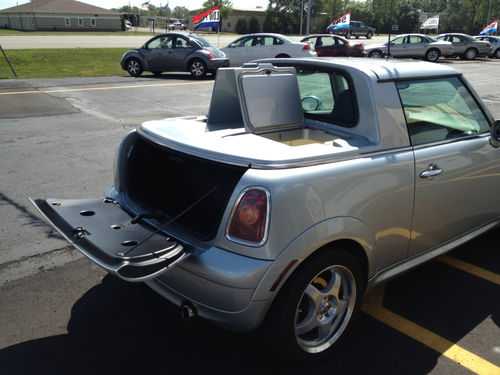 One of the modifications done for RedBull duty was the addition of some coolers for stashing high calorie energy drinks and we think that, along with the tailgate, these would make it a fantastic car for going to a football game.  It would also be a good car for a live organ courier. Quick and nimble! 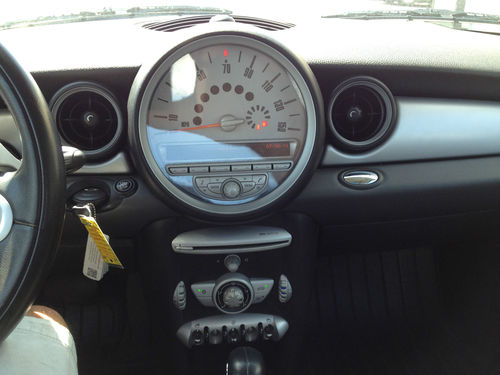 Inside the Mini Cooper is a sweet retro-vintage sytle center mounted speedo (similar to the original Mini and older CJ Jeeps) and tach mounted above the steering column.  The tach monitors the revs from the 1.6 liter turbocharged Prince THP175 inline-4 cylinder gasoline direct injection engine that puts 173 horsepower and 178 ft-lbs of torque into a 6 speed auto (normally we’d insist on our Mini Cooper S to have the 6 speed manual, but all of the RedBull cars are slushbox equipped). 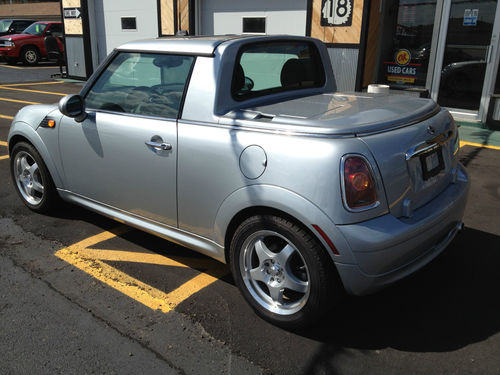 We think this car is a good deal at $5500 considering that a standard Mini Cooper S blue books for about $12k -and while some may consider the modifications silly, others would appreciate the MiniCamino look.  Heck – if we hadn’t just bought a broken old Volvo we may have thrown in a bid on this thing.